Invisible borders bind us all.

Not unlike the bulk of iconic bands associated with the original thrash metal explosion of the 80s, Brazil’s own Sepultura has experienced a career defined by soaring peaks and abyssal valleys that have left their core fan base with a nasty case of whiplash. Opinions vary regarding the efficacy of their less conventional fair in the mid-1990s up until the recent present, though there is a fairly broad consensus among their old school followers that the trajectory immediately following the release of 1993’s “Chaos A.D.” (itself a somewhat polarizing album among thrash traditionalists), has been a downward one. Nevertheless, the band had already begun to distance themselves from the Korn-influenced grooves of “Roots” at the dawn of the previous decade, though they never quite managed to recapture the unrelenting fury that typified their seminal studio offerings. Then again, if their latest conceptual thrashing powerhouse of an album “Quadra” is any indication, the remnant of what unleashed “Beneath The Remains” and “Arise” upon the masses have yet to close the door on past glory.

While this latest excursion into socially conscious, vertebrae-destroying mayhem doesn’t culminate in a complete throwback to the apex of their early days circa 1989, it represents their closest stride into said former glory, particularly from a standpoint of raw intensity. There is a subtle yet prominent industrial character to the mode of modern thrashing at play here, drawing some similarities to the one-off project that this band’s former front man Max Cavalera delved into via the short-lived experimental project Nailbomb, alongside some remnant vernacular tribal music additives and a newly adopted symphonic shtick that is somewhat reminiscent of Machine Head’s early 2010s offerings, though more bombastic and with a more consistent vocal display. Truth be told, while six-string slayer Andreas Kisser steals the show with a maddened display of bone-crushing riff work and majestic shredding and drummer Eloy Casagrande makes one hell of a racket from start to finish, Derrick Green proves to be in top vocal form here, surpassing his past performances in the Sepultura fold and holding a massive torch to the Cavalera legacy in the process.

Playing off a conceptual theme of struggle against predetermined cultural boundaries, this album is an exercise in something that has often been absent from the Sepultura formula since the mid-1990s, namely stylistic unity. Most of the aforementioned peripheral elements that augment this album’s thrash foundation are used to tasteful effect, while emphasis is placed upon the metallic fury and dissonant rage that goes into making an album worthy of generating a crazed circle pit. No expense is spared in the speed department, as an impressive assortment of high octane brilliance is on full display in crushers like the epic opener “Isolation”, the unadulterated shred fest “Last Time”, and the somewhat more groovy yet riff happy “Ali”. Gone are the days of punishingly minimalistic chugs and fragmented lead drones played to oversimplified beats and incoherent shouts, as these songs cycle through an elaborate array of Bay Area-infused influences with a grandiose melodic backdrop. Even when things seem to lean into more of a groove metal stomp like on “Raging Void”, the specter of nu-metal buffoonery is nowhere to be found. 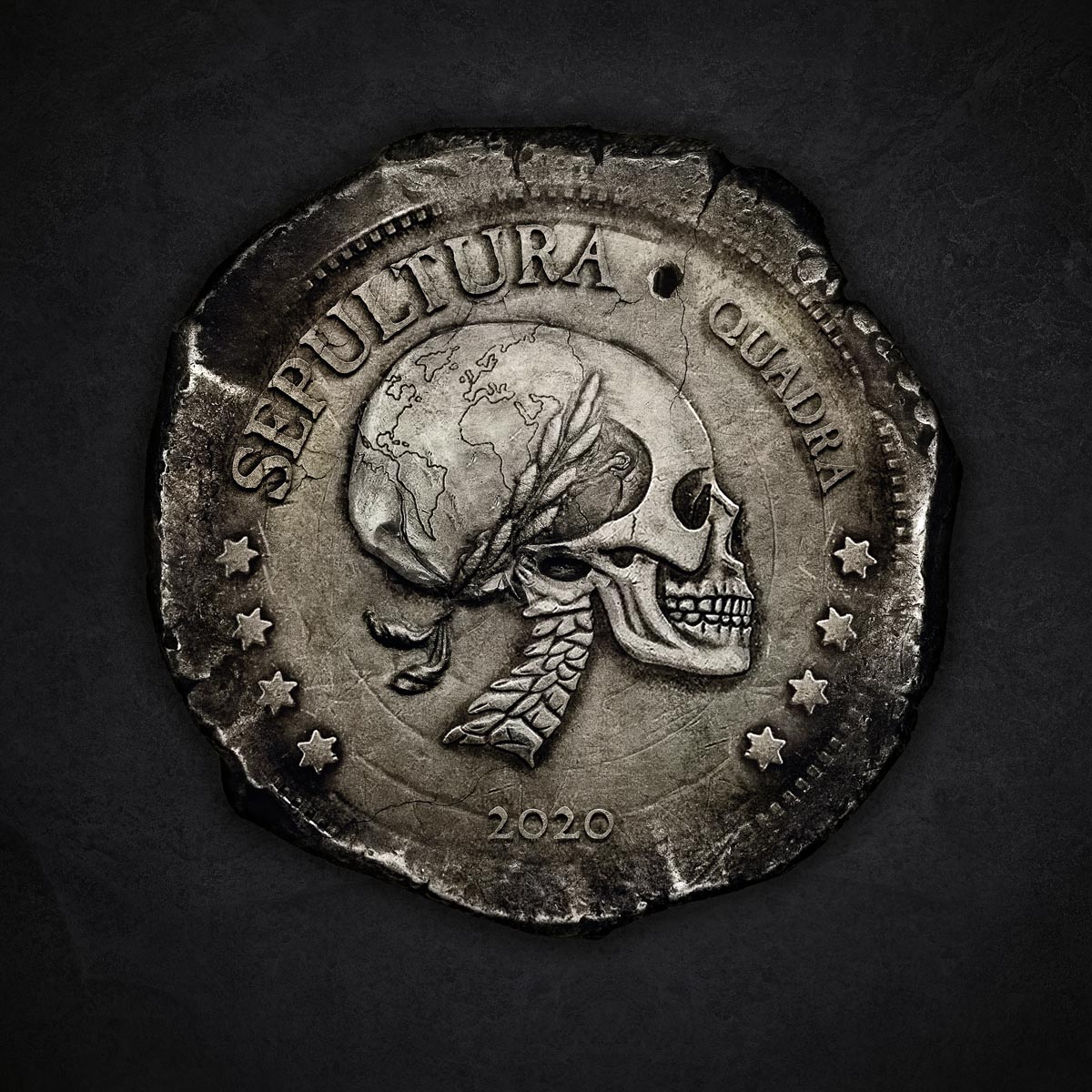 Naturally man will tend not to live by thrash alone, particularly if he’s already spent a fair amount of time doing that a few decades ago, and there are a solid array of sonic surprises to be found amid the displays of old school thrash proclivities. For those who remember the intricate foray into acoustic tribal music that was “Kaiowas” off the “Chaos A.D.” album, there is some similar elements to be found on “Guardians Of Earth”, albeit intermingled with some epic choral sounds and functioning as a prelude to what becomes a melodic groove-thrashing extravaganza. The entire band ends up showcasing their technical chops and turning it into a cohesive, accessible musical journey on the entirely instrumental thrashing excursion “The Pentagram”, and this normally hard as nails outfit takes some time to explore their softer side on “Agony Of Defeat”, meshing in some introductory balladry and winding up in musical territory that merges the mystical musings of Led Zeppelin’s “Kashmir” with the chunky, metallic fury of this band’s signature style.

In the grand scheme of this band’s extensive career, which has now come to span 14 full length studio albums, “Quadra” is the greatest thing to come down the pike since they first began to transition away from their early thrash roots circa 1993. It presents an interesting road not traveled scenario where the atmospheric quirks and nuances of “Chaos A.D.” are introduced in a more gradual way, maintaining the Bay Area-inspired energy and virtuoso guitar work that was still on full display on 1991’s “Arise”. As a de facto comeback album, it presents a more complete return to form than the widely hailed recent outing of Metallica “Hard Wired…To Self-Destruct”, and it manages to provide a more potent and cohesive version of the middle ground between modernity and traditional thrash that Machine Head was going for in the early 2010s, not to mention a more energetic one. “Quadra” is constructed over a melting pot of transcendent melodies, epic magnificence and a wild, untamed aggressiveness , sprinkled with a brutally high level of technicality, and it certainly becomes the most polished musical manifesto Sepultura have conjured in the last 28 years.

Brazil’s original purveyors of death thrashing chaos peak their most recent efforts with an album that revisits the old primal thrash ferocity of the immortal "Arise" and "Beneath the Remains" paired with the refined splendor of a contemporary approach.