The New Wave of British Heavy Metal stopped being a new affair more than 40 years ago; nonetheless, some of the bands birthed in that musical vessel are still forging ahead nowadays. Arguably, the toughest of the original acts – with the exception of Iron Maiden – Saxon have been road warriors since the late 70s, rocking their no-frills, badass, traditional heavy metal recipe through thick and thin. Carrying the torch for over twenty studio albums – Thunderbolt is their number 22 to be exact – and certainly symbolizing the guts and willpower needed to survive in the ruthless music business, Saxon have consistently dropped one satisfying record after another, without overlooking the importance of staying true to their genuine passion and usual mixture of power, transparency and well-dosed roughness. 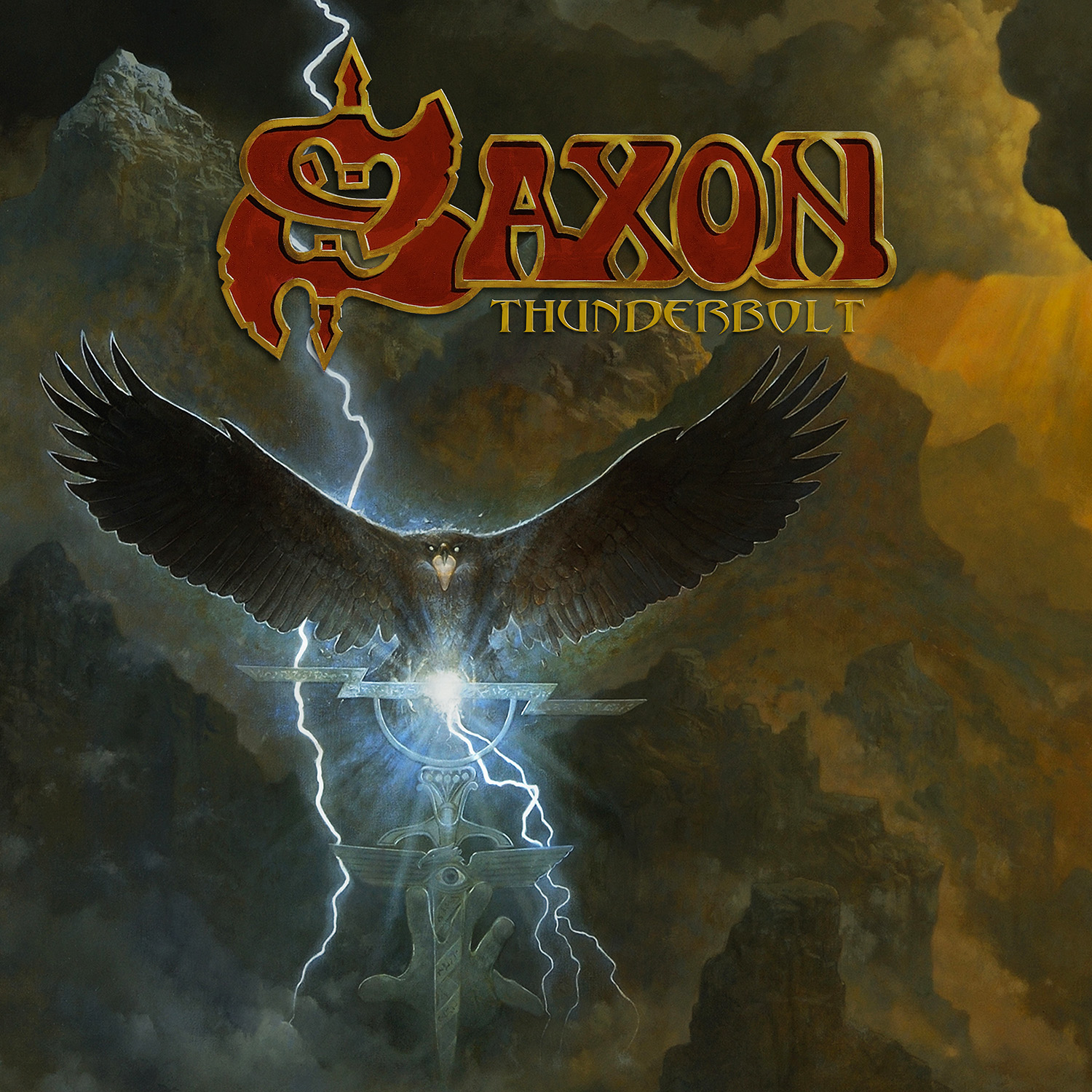 Thunderbolt sees the light of day some two and a half years after the previous one, Battering Ram (2015). With more than half of this band being well past 60 years old, it’s flabbergasting to think that they still have enough energy to create music like this, but surprisingly enough everyone is still at the top of their game here, particularly Biff Byford. From the beginning of “Olympus Rising” with its choir-like steady build assembled over a sole electric guitar and roaring drums, through the final note of “Roadie’s Song” we are simply presented with what Saxon does best: untainted and straightforward heavy-metal, flawlessly executed, catchy and captivating, while exuding an old school sense of speed and vehemence. Plentiful of hammering riffs and shout-along choruses, the music flows confidently, shining through the clear and full-bodied production, once again courtesy of Andy Sneap. Combining some newly-found diversity sporting darker, more orchestral elements (“Nosferatu: The Vampire’s Waltz”) with ferocious and  compelling firestorms of towering guitars (“Sniper”) and including a fist-pumped, balls-to-the-wall, kick-ass homage to Lemmy and Motörhead (They Played Rock N’ Roll”), the album is a testament to Saxon’s incessant devotion to keep the flames of traditional heavy metal burning high. A head-front metallic collision from a band that helped write the book on the style back in the 70s.

Relying on memorable riffs and a long-standing verse-chorus formula Thunderbolt hearkens back to the high points of Saxon’s career, proving that they are still capable of evolving in their current direction while at the same paying due homage to what they have already done. While their established song patterns remain unaffected, they definitely proved themselves able to conduct a successful synergy between their classic old material sounds with the surges of power metal aggression they have inhabited over their four prior albums. Undoubtedly, Biff and company have what it takes to bring inspiration to yet another decade, ascertaining the irrelevant redundancy of many heavy-metal wannabes bands out-there. Father time will have to work much harder to steer these hounds off the scent.

Saxon don’t do anything new with Thunderbolt, yet the tried-and-true traditions are carried out with assurance and made to sound renewed. Every minute is a heavy metal gold standard, and more young acts should look to albums like Thunderbolt to see how to triumph in the genre