Suppose, if you will, that you awaken to some Spock’s Beard version of the musical universe. No, not the stuff of Neal Morse and Nick D’Virgilio, but the alternate kind of dimension where Biff Tannen borrowed a sports almanac from the future. Imagine then, that instead of Metallica turning into some kind of monster after the Black Album and dropping a Load on the music world, they made a slightly different turn, perhaps less poppy, less alternative, and yet less thrashy than in the 80s. If you can follow along with that, you have some understanding of the overall feel of the brand-new Sacrosanct album entitled “Necropolis.”

The long-awaited return album from the Dutch-und-Deutsch metal act starts off with great promise. Fizzy dystopian sound effects, ominous keyboard tones, and a well-mixed steel string acoustic section build up to a tasty lead guitar vibrato, laden with exactly the right amount of chorus, reverb, and a touch of feedback. The epic buildup is quite something. The listener is feeling all the while that this could be leading into anything from Mindcrime to Gutter Ballet, to an Iced Earth concept offering, possibly the burnt variety. The drums and rhythm come in and set expectations, and unfortunately this is where the clutch starts slipping, and the vehicle loses torque. Why? To put it plainly, it is because three minutes into the first track, 1990s James Hetfield steps out of his Cowardly Lion 2000 Time Machine™ and remains with us until the very end of the album.

Here is the thing. The album is not bad, not at all. It is listenable as hell. This whole thing could be left on the PA system at a motorcycle shop, a tattoo parlor, or during load-in at a metal venue, and no one would bat an eyelash. As said, it is like some alternate universe Metallica where unfortunately although Cliff is still gone, the band was able to get back to their roots in a cool way rather than the sucktacular dumpster fire we all know and love. The song structure is solid, although never necessarily anything new. If you, the metalhead listener are also a connoisseur of the more progressive elements such as Seventh Wonder, Symphony X, or Pyramaze, this is probably not the best cookie in the jar for you. It’s more like a Hetfield rat rod; stripped down, and no nonsense. 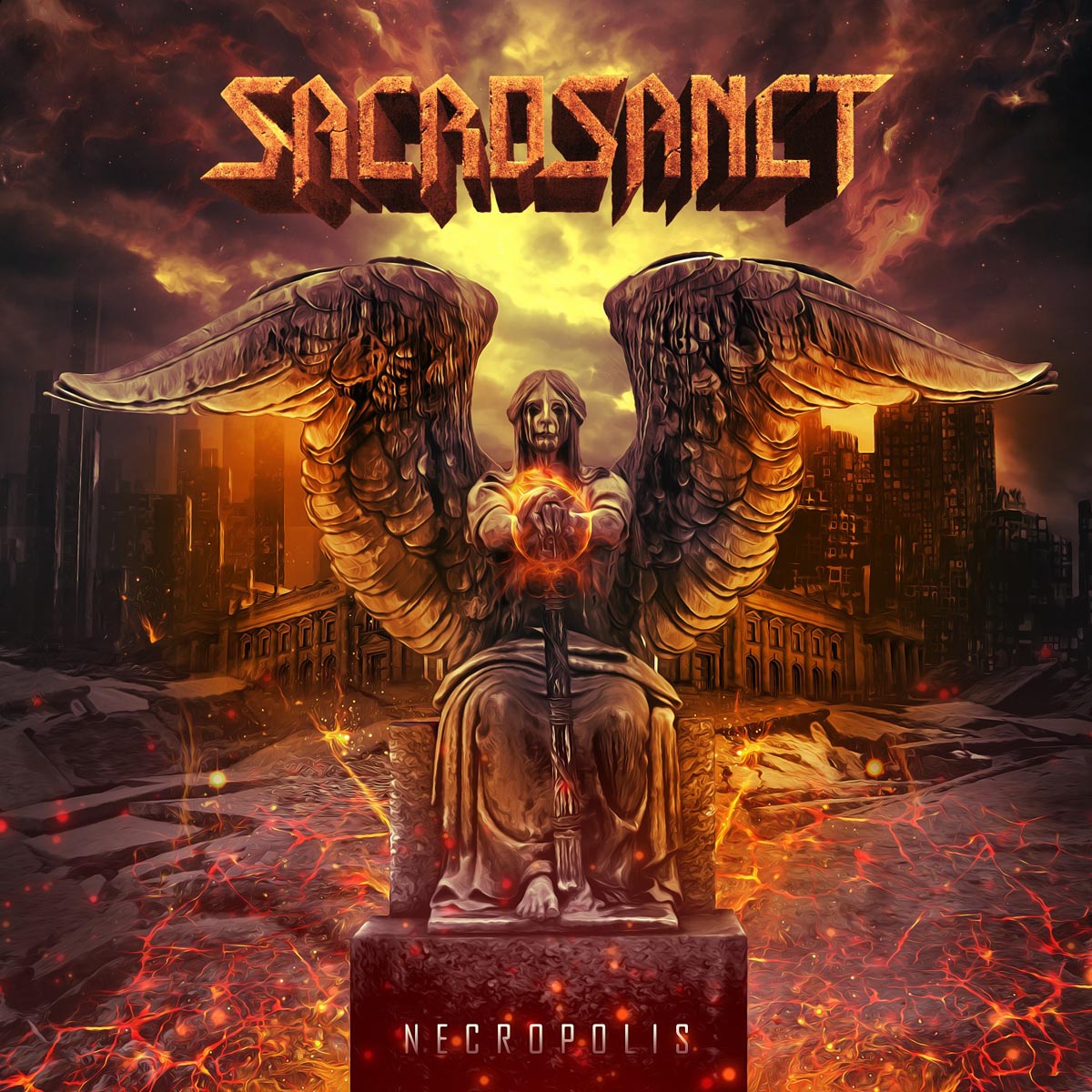 Although the tracks have a prerequisite amount of variety, there is adequate sameness that there is not much value to be had in a track-by-track review. The band is tight; the drums are solid, the rhythm playing is chunky, with an overall feeling of Trivium’s Crusade album. The bass bridges the gap ideally between the drums and rhythm guitar, and the guitar leads are respectable. The highlight of the album may be the very Iron Maiden approach to layered guitar harmonies. However, it did not escape our attention that three minutes and twenty into the song “Grim Sleeper,” the guitar leads essentially replicate the “Loneliness of the Long Distance Runner”. A favorite, to be sure, but best left to its authors. It is probably not intentional. We lead guitarists tend to get muscle memory of a thousand different licks, and the memory banks occasionally confuse new with old. That being said, it might have been good for a producer to remark during mixing that the song sounds awfully familiar from one of the great metal albums of all time.

All things considered, the album is alright. It just never seems to summon energy, complexity, or its own original je ne sais quoi. Perhaps we at Sonic Perspectives get spoiled by reviewing things like Michael Romeo, Seventh Wonder, and Lords of Black, which are like tableside chef service at a Michelin Star Restaurant of Metal. The new offering from Sacrosanct is perfectly listenable on a drive with the guys, or in the garage while trying to replace drum brakes. Unfortunately, it is not five-star eating; it is like a thirty-dollar meal at Red Lobster. Yes, it’s good eating, but no one will propose marriage there.

We want to like this album, but there are things that either do not quite click, or we simply are unable to overlook. The re-emergence of 1990s James Hetfield embellished vocals makes the top of the list. Beyond that, the songwriting spins its wheels without ever really seeming to get anywhere. However, the musicianship is solid enough for minimalist metal and makes for decent listening. We hope the band evaluates their writing process, their sound, and their vision to bring us something truly exciting in the near future.