Over the last decades Ross “The Boss” Friedman has built quite an impressive resume for himself in the world of hard-rock and heavy metal, playing with bands such as Death Dealer, The Dictators and most famously, Manowar. His contribution during a six-albums tenure with the forefathers of the “true metal” silliness is undeniable, and accomplishment enough for him to be inducted into the Hall Of Heavy Metal History as the first ever Global Metal Ambassador. As well as laying down riffs for the mentioned acclaimed bands, Ross is also the leader of his own solo project branding the guitar virtuoso’s nickname Ross The Boss, moniker under which he has released two previous albums New Metal Leader (2008) and Hailstorm (2010). Eight years have passed and now Ross is back with a new line up and his solo bands’ third album entitled By Blood Sworn. Joining Friedman this time around is a completely revamped line-up, consisting of Mike LePond on bass guitar; who has also proven himself to be a formidable musician over the years playing with Symphony X as well as his own solo outfit Silent Assassins, Lance Barnewold on drums and Marc Lopes on vocals.

“I know what direction the songwriting should go, and we go,” explains Ross. “As for my guitar playing, whatever the song needs, the song gets! The record is more old school, but with a fresh attack – the songs are not repetitive, and this record is also not a ‘drum machine recording’ like most these days.” Ross certainly knows what he is talking about, and while some of the songs certainly have several unsubtle stylistic nods to his former bands in their arrangements, Ross’ imposing fret-work and sometimes galloping guitar riffs, paired with Mike LePond‘s upfront bass, are the main ingredients in an album that depicts an abundant dose of sheer old-school metal ballsiness and plentiful variation in song structure, not only in the compositions but especially with the singing department. With a high octane vocal range Marc fits this album like a glove, and certainly pulls no punches at the mic. His voice is all over the place, not only he effortlessly hits the high notes when is needed for heavy anthems, but also takes his register to somewhat rather unexpected territories, to the point to where I honestly found myself asking, “is this even the same guy?”

The album opens with the title track “By Blood Sworn”, and as you would probably expect from the title name is a barrage of old school heavy metal with lyrics telling tales of battles and heroism, a solid headbanger that is arguably the best song Manowar never written, and probably the only song on the album that hearkens back to the aesthetics and musical influence of his days in the ranks of “the warriors of steel”. The following tracks “Among the Bones” and “This is Vengeance” keep the flow going by adding some faster guitar riffs and a few sound effects thrown into the mix, the first with a hooky chorus and cutting-knife drumming and the second sporting over-the-moon wailings by Lopez, carefully woven over full-metal assault riffs and a percussive double-bass wall. Then it comes “Devil’s Day”, a thrashy affair with a somewhat more of a punk vibe to it, which could be reminiscent of Ross’ time with The Dictators. With “Lilith” we get to hear the bass getting some much-appreciated attention with LePond opening the song through a pulsating bass line that would certainly make Geezer Butler to raise eyebrows. While I’m not saying LePond is inaudible on the rest of the recording, it would have been great to hear his four strings utilized in a more prominent way, for instance like on his own solo album Pawn and Prophecy, and maybe even let him throw in a bass solo or two as opposed to just merely providing undertone for the rhythm guitars. The music is compact, and the album production is crystalline, taking its epicenter at Ross’ guitar work and the eerie abilities of Lopes behind the mic. During the songs like “Lilith” and the punk-infused “Circle of Damnation” I could have sworn I was listening to Dave Mustaine. In fact, those two songs probably wouldn’t sound out of place in an older 90s Megadeth record. 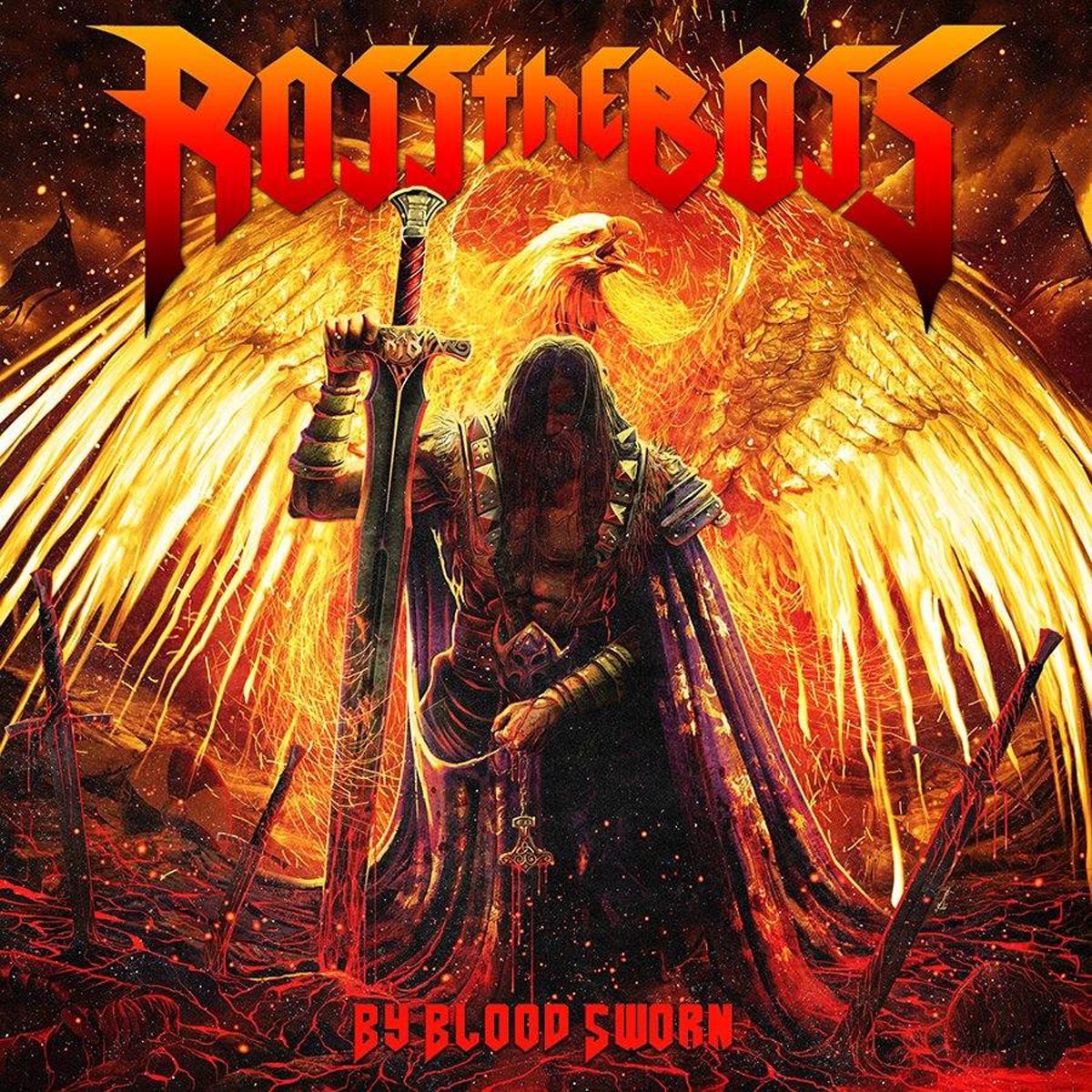 By Blood Sworn brings a little bit of everything Ross has done during his prominent career, covering lots of territory while keeping its flow, muscle and long winded heaviness. Whether you’re a hardcore Manowar fan or simply a metalhead ready to absorb some expertly crafted old-school heavy metal, you should categorically add By Blood Sworn in your list of upcoming albums to check out.

"By Blood Sworn" shines with its organic flow, avoiding to fall in the traps of auto-plagiarism. A solid slab of classic heavy-metal masterfully executed, it doesn't add anything new to the genre, yet it becomes another prime example of Ross The Boss burning passion for music and his contributions to metal