Say this about Doug Rausch: he won’t put out an album until he thinks it is just right.  His first effort – entitled Rausch – came out seven years after he graduated from Ithaca College.  And his latest production, Book II, took eight years to reach public ears. And after a few listens, I’ll say that the wait was worth it.

Rausch continues to be a composer and musician of great depth and quality.  He’s one of those guys who hates the term “prog,” and it’s hard to cubbyhole the songs on Book II.  They range from quasi-metal to singer-songwriter to Guns n’ Roses hard rock and beyond.

Take for example “Good Day.”  It has a crunch reminiscent (to these ears) of Foreigner’s “Juke Box Hero.”  It’s rock, pure and simple and strong.  Or “The End,” a dirge-like piece about hopelessness and loss.  “Irked” features strong, muscular guitar work with a jazz piano interlude in the middle.  “Speechless” nods toward Dave Mustaine and Megadeth.  And “Swansong” is influenced by Axl Rose’s band and their “November Rain” (which Rausch says is one of his favorite pieces – not the usual statement from a prog artist, or whatever you’d like to call him).

But the highlight of Book II is “Greener Grass,” a slice of pop heaven that alternately leans toward Ben Folds, Queen, ELO and others that I can’t fully put my finger on.  This is Doug Rausch fully realized, taking the sounds in his head and his experience and splashing them on the aural canvas.  It is punchy and hummable but with some rhythmic and melodic twists and turns.  Rausch won’t call it prog, but it is excellent music – of whatever genre.

And some of the other songs are even more depressing than that.  Yes, there are a few rays of light.  “Swansong” repeatedly lifts up the phrase, “We will rise again!”  But in Doug’s world, rising may get you back to ground level and not much further.  Rausch says getting those words out is cathartic for him. What they are for you is…well, it’s up to you. 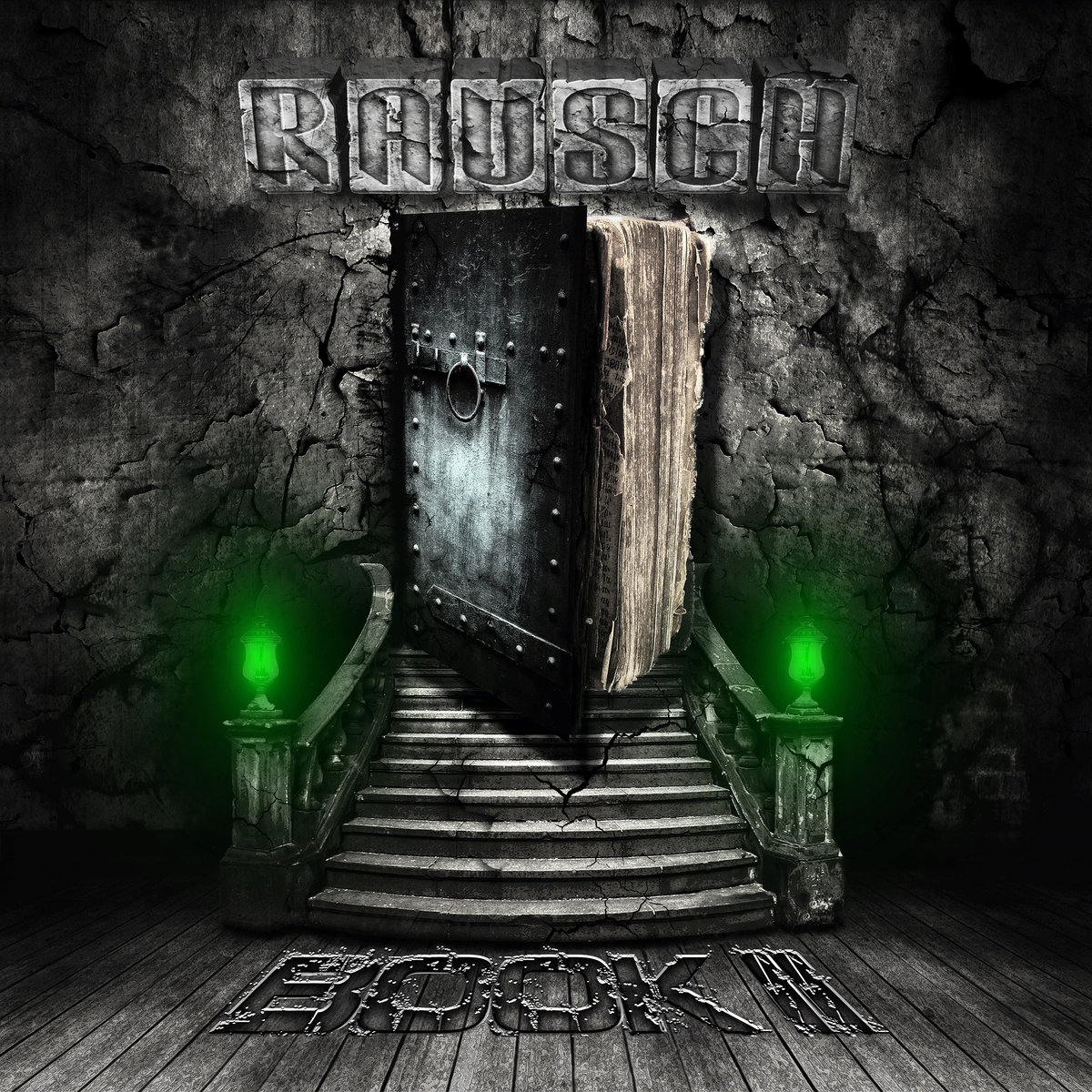 But that doesn’t take away from the performance.  Rausch is a top-flight keyboardist, and he does a pretty fair job on acoustic and rhythm guitar. Drummer Steve Lerro and bassist Joe Fine keep a strong bottom line, propelling the music ahead without shading the emphasis on Rausch and the music.  He also has excellent guest help from Spock’s Beard keyboardist Ryu Okumoto and drummer Mark Zonder of Fates Warning‘s fame.  And one can’t ignore the hand of mixer extraordinaire Rich Mouser.  The man who does such great work with The Neal Morse Band and other outfits adds his sheen and clarity to the sound, highlighting the sonic strengths of Rausch.

The key to the sound, though, is Gary Wehrkamp.  The guitarist for Shadow Gallery is also an integral part of Rausch, and his playing gives muscle and bone to the music. Doug Rausch calls Wehrkamp his “musical soulmate,” and it’s hard to argue with that.  These songs would not be the same without this remarkable musician, who adapts to each piece with a versatility and artistry that are just breathtaking. Wehrkamp may not be well-known to at least some in the prog-rock community. Book II is a great introduction to him and what he can do. Gary Wehrkamp is a big-time talent who must be heard.

As does Rausch.  You’ll listen to this second album over and over again, discovering new layers each time.  It is very enjoyable – suicide lyrics notwithstanding. Doug says he’s got 40 or 50 songs to choose from for the next album…and the one after that…and the one after that.  I’m just hoping it doesn’t take him another eight years to crank out the follow-up to Book II.

Book II is an eclectic selection of songs from a songwriter of great talent and possibilities. In particular, “Greener Grasses” and “Good Day” show Rausch to be a guy/group that can grab attention and hold it - even when the lyrics are a big downer. The band’s namesake is an excellent keyboardist who doesn’t need pyrotechnics to make himself heard, and his vocals are evocative and plaintive. Guitarist Gary Wehrkamp takes the album from good to excellent. Rausch may be new to you; make him and it familiar.