Thrash metal that crosses over.

The latter days of thrash metal’s heyday are riddled with bands that could have rose to greater prominence but ultimately didn’t doing to their tardy arrival into a scene that would become persona non grata by 1993. However, for every dozen or so bands who managed an LP or 2 prior to the rise of grunge and groove metal, there was one who would persevere through the wastelands of the 1990s and ultimately catch the metallic wave of the style’s revival at the turn of the millennium. One such outfit was a crossover-tinged outfit from the Sacramento area dubbed Psychosomatic, which only managed a handful of demos and EPs during the early 90s twilight of the scene, but also managed a couple of auspicious compilation slots alongside a number of assorted punk acts and even shared the stage with the likes of Vio-Lence, D.R.I., Melvins and several others around the Bay Area.

The years that would follow were naturally quite unkind to any band that sought to continuing towing a traditional thrash/crossover sound, but despite some lineup changes, this California upstart would stick to their guns and release a string of self-released albums prior to enjoying greater prominence thanks to a new generation of thrashers rising in the 2000s. Having spent the majority of their time as a power trio and maintaining a more streamlined sound comparable to Suicidal Tendencies and D.R.I., things have taken on a decidedly more technical and modernized character in recent years, culminating in a highly kinetic display of riff-happy goodness more readily associated with a number of younger acts. As such, while “The Invisible Prison,” this band’s 7th studio LP, is very much in line with this band’s late 80’s roots, it often finds itself veering into unconventional territory relative to said time period.

While the album’s flashy riff work and high velocity assault make it a riveting ride, the dry yet biting character of the production is a key function of how these songs operate. Much of this likely owes to Havok front man David Sanchez being in the engineer’s chair, as the punchy character of the guitars has a sort of sharpness to it that coincides with said band’s sound on their most recent albums. It’s an interesting blend of old and new as vocalist/bassist/founder Jeff Salgado’s gruff-steeped vocals have that classic Hetfield meets Chuck Billy mixture of depth and attack, yet are often complemented by some assorted growls, barks and shrieks more in line with a current and more extreme death/thrash approach. Particularly on more exaggerated fits of aggression such as “Labyrinth”, “Fortune Dealer” and “Invisible Prison”, this tendency of blending sub-genres hits home as a variety of vocalizations cross paths with a few chaotic blast beat segments, some Slayer-like tremolo riffing and even some wild lead guitar gymnastics. 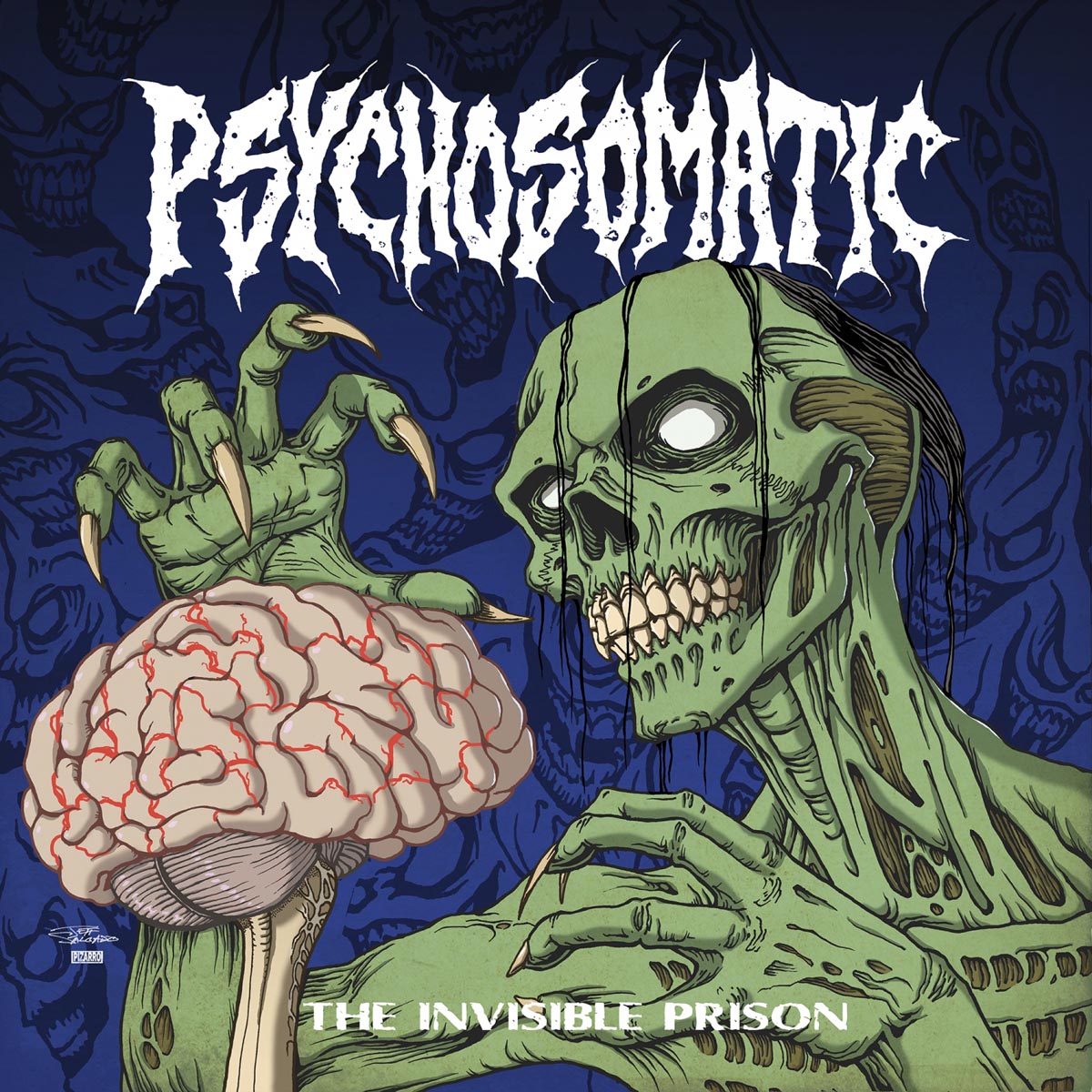 At its heart, this album still desires to maintain a sort of hardcore affinity in line with this band’s crossover roots, and it comes off as a full on thrash affair with technical and extreme metal trimmings that has been scaled to a shorter and more concise songwriting formula. Generally involved thrashers such as “We Don’t Trust You” and the groove-infused and dissonant beast “Pandora’s Crate” would normally pass for a moderate length song on a typical Bay Area album in the 80s, yet they are the two longest and most developed offerings on the album. The roost is largely ruled by swift and simple assaults like “Riot Squad”, “Agents Of Surveillance” and “Personality Agenda”, both of which somehow manage to sound close to recent Annihilator offerings despite being a bit shorter, largely thanks to the busy riff work. It’s all an interesting and evenly distributed musical affair that has no slouches but also few real standout points.

This is the sort of present day thrash album that, much like a number of offerings coming out of veterans of the style, remembers the past while falling well short of dwelling upon it the way many New Wave of Old School Thrash bands did back in the late 2000s. Perhaps the greatest example of this album’s character is the cover of Vio-Lence’s “Serial Killer”, which is presented in a more modern production package, yet also perfectly recreates the original’s sense of busyness and high speed impact. In like fashion, this album consists of shorter offerings of the same winning formula of blending a concise expression of rage and disgust within the context of technical flair in line with the likes of Forbidden and Heathen. It’s definitely cut from the Bay Area pedigree, but it avoids becoming a cliché follower of one part or band of said scene, yet it also incorporates a bit more of the older style than the highly modernized recent output of Testament, Exodus and a few others. Just an all around solid offering from a band that’s has been at it for a while and could stand to have more attention paid to it.

An underground player from the heyday of California thrash metal and crossover unleashes a mad, technical display of riff-happy brilliance that bridges the divide between classic Bay Area heaviness and modern, genre-bending mayhem.