On August 10th, German power metal outfit Primal Fear will deliver Apocalypse, the band’s 12th studio album released over its two decades of existence. The band’s recording history is both consistent and predictable and the new release fits comfortably in the very Judas Priest-like mold established over numerous previous records. One can view this as either as a blessing or a curse. If the listener is looking for a new angle or approach, they will not find it here. However, if they love the sound and song structure of previous records, then they’ll find another helping of what they already like in this latest offering.

In the past, lead singer Ralf Scheepers has delivered high-pitched shrieks and wails that bare an uncanny resemblance to Rob Halford. This time around, he seems to have toned down some of the shrieky work for a more gravelly baseline. That’s not to say he is struggling to deliver, on the opposite, his vocals are powerful and slightly menacing; he does not appear to be straining to cut through the crunchy dual guitars.

Primal Fear’s Downing/Tipton-like guitar trio of Alex Beyrodt, Magnus Karlsson and Tom Naumann brings-up a familiar tone and style that might be docked a few points for originality but awarded a few for competency. These three seasoned players have storied histories with other projects and bands of walking the line of delivering hard rock and heavy metal guitar fireworks that retain listenability and likability even when the solos go careening and boinging at breakneck speed. (The technical term for “boinging” is probably “pinch harmonics” but it doesn’t sound as cool.)

Apocalypse opens the record with a short, ominous instrumental that soon gives way to “New Rise,” which begins with fist in the air power chords but soon gives way to a more power metal cliché race pace that is absent on the rest of the record. “The Ritual” is a more traditional heavy metal track that almost has an angular Stryper vibe to it, and features a more instantly accessible chorus than the previous track. Scheepers’ multi-layered vocals at difference octaves walk the line between singing and screaming simultaneously. The guitar solo on this track is particularly satisfying.

“King of Madness” builds from a somber sounding opening to a brighter, heavier track that is instantly accessible without sacrificing its heavy edge. It doesn’t take long with Primal Fear to figure out if you like it or not. What you hear is what you get, and once again, the dual guitar solo work is in-your-face solid. “Blood, Sweat & Fear” amps up the urgency, exploring a vibe that resembles Judas Priest “Electric Eye”. It’s not original, but it’s damn-well executed, cementing Primal Fear’s sound consistency, albeit a bit stuck in a retro 80s metal mode. And like the glory days of the 80s, the songs make way for plenty of deftly played, perfectly fitting guitar pyrotechnics. 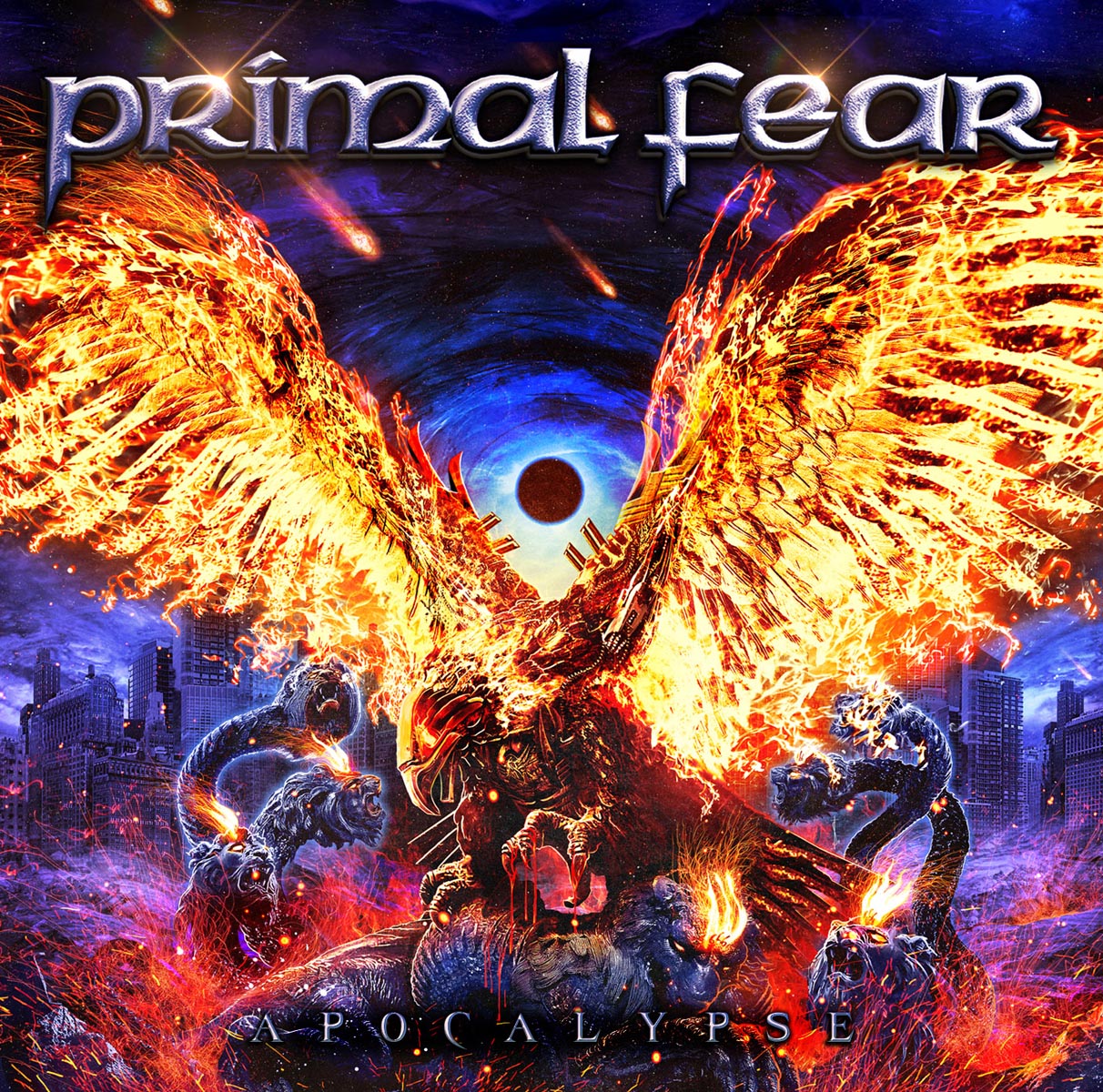 “Supernova” slows things down with some orchestral flourishes and a ballad type structure that segues towards a twin lead chorus effect that’s particularly smooth. “Hail to the Fear” begins with an Iron Maiden-like string of notes that gives away to more of a Dokken-like song structure and a solo that instantly harkens to Vivian Campbell’s solos on Dio’s Holy Diver era. “Hounds of Justice” is a strong rocker with a catchy pre-chorus that feels a bit more modern than most of the record. “The Beast” opens with big chorusing dual guitars and a strong initial verse but it tumbles into absurdity when the deep voice gang vocals shout, “You woke up the beast, the beast!” Sorry but that one just made me roll my eyes.

“Eye of the Storm” is a grandiose, slower paced smolderer that has a bit of a Deep Purple “Perfect Strangers” feel when the strings play along with the guitars. The middle break features a more orchestral tone than what can be found on the rest of the record. If anything, this might be the farthest the record strays from the formula, with even an unexpected acoustic guitar appearance before the chorus reappears. “Cannonball” closes the record with a return to the expected style and structure, and another frown-inducing moment when deep voices shout, “Shoot, shoot! Like a cannonball!” Scheepers reaches for and grabs the high notes on this one, establishing clear evidence that age hasn’t robbed him of his range at all.

This record is full of familiar tones and sounds, but they are mentioned more to serve as points of reference than criticism. Critics love to bash anything that’s not highly original, but sometimes a second helping of something that’s good is every bit as satisfying as the first exposure. The sound of the record is big with the angular guitar tones and Scheepers vocals way up front. The rhythm section doesn’t stand out much but sets the foundation for the pipes and chorusing axes to take center stage.

Primal Fear delivers exactly what you would expect, including some really strong guitar-work, and the result is a record that would slot comfortably in the mid-80s metal scene. Sure you’ve probably heard it all before, but if you liked it then, you’ll probably still like it now. Heck, even the album covers of “Screaming for Vengeance” and “Apocalypse” both feature a warring bird wreaking havoc! Coincidence? I think not. For the heavy metal fans who feel like time has left them behind, there a new slice of nostalgia just waiting for them to hear for the very first time. For some Primal Fear might lack in originality, yet they have musicianship, competency, and firmness in spades.

"Apocalypse" is another slice of a familiar tasting pie that reminds the listener of past songs and performances by both Primal Fear and a number of other 80s metal acts. If you’re looking for something new keep searching, yet if you are ready to relive the heavy metal glory days in the best vein of Judas Priest’s “Screaming for Vengeance” style, grab some leather and give this one a proper listen