With the release of 2016’s “Handmade Cities,” Aussie guitarist, Plini, was considered a rising star in the instrumental guitar ranks. With high praise from legend Steve Vai who declared him ‘the future of exceptional guitar playing‘ and “Handmade Cities” being recognized by Guitar World as the 5th greatest guitar album of the decade, he is now a legit star of the genre. With all that hype, he returns with his first full length in four years, “Impulse Voices.”

“Impulse Voices” opens with… “I’ll Tell You Someday” No, this is not an Abbott and Costello “Who’s On First” routine, the song is actually called “I’ll Tell You Someday.” It begins in a similar fashion to the “Handmade Cities” opener, “Electric Sunrise,” with a short, repeated sequence to build suspense and gain the listener’s attention. One almost expects the trademark tapping riff from “Electric Sunrise” to emerge. Instead, the song veers in a different direction perhaps signifying a new direction for this album. On full display immediately are two distinctive characteristics of Plini’s music. One, his creative approach to phrasing. While “I’ll Tell You Someday” has no discernible or immediate melody to latch onto, instead, the listener is treated to Plini’s unique brand of instrumental guitar that feels like it is floating through the clouds.

The second distinct characteristic of his music is the ever shifting landscape of rhythm that drives the music. It’s a big reason he was named the 4th best prog guitarist by Music Radar. No 4/4 vehicles to solo over here. The rhythm is constantly changing directions that keep the listener fully engaged. A big reason for this is the bass and drum work of Simon Grove and Chris Allison respectively. They propel the music forward and keep Plini on task.

Much of Plini’s phrasing in “I’ll Tell You Someday” seems influenced by Satriani with his fluid legato technique that sprawls across the fretboard. Again, though, what separates Plini is his creative approach to rhythm that seamlessly integrates with his lead work to create a compelling cocktail to kick off the album.

The jaunty “Papelillo” changes things up a bit and takes the listener in a totally different direction. Eric Johnson quickly comes to mind with a slow Texas blues shuffle. It feels like a locomotive lumbering across a blue sky desert landscape. The pace allows Plini to stretch out a bit all while serving the song. Near the end it appears the train may come off the rails with some djenty guitars appearing like storm clouds on the horizon. As a prog metal fan, I sometimes want him to give into the tropes of the genre and lay into a full-on metal onslaught. But, he never does and the music is likely better for it.

Plini‘s last release, the EP “Sunhead” (see my review here) was remarkable in that each song was dramatically different than the song before it. The trend continues on “Impulse Voices” with the next track, “Perfume.” “Perfume” opens with the strong scent of “Stranger Things” with its dark electronic feel. Overall, the record has a very organic sound to it. However, this track certainly explores the more modern / electronic side.

“Last Call” feels like the love child of Satriani and Eric Johnson. Both influences standout over a jazz tinged track. As with most of Plini‘s music, though, don’t get too comfortable. Change is always on the horizon. The song breaks through the clouds driven by some nice synth work from Dave Mackay.

The title track is a personal favorite with its groovy rhythm along with some tasty, muted lead work. A strong groove with some powerful playing over the top of it. A nice break from some of the more subdued prior tracks where Plini emerges from his introspective shell a bit and just has some fun. Of note is the production by Simon Grove. This album is a real treat when listened via headphones. 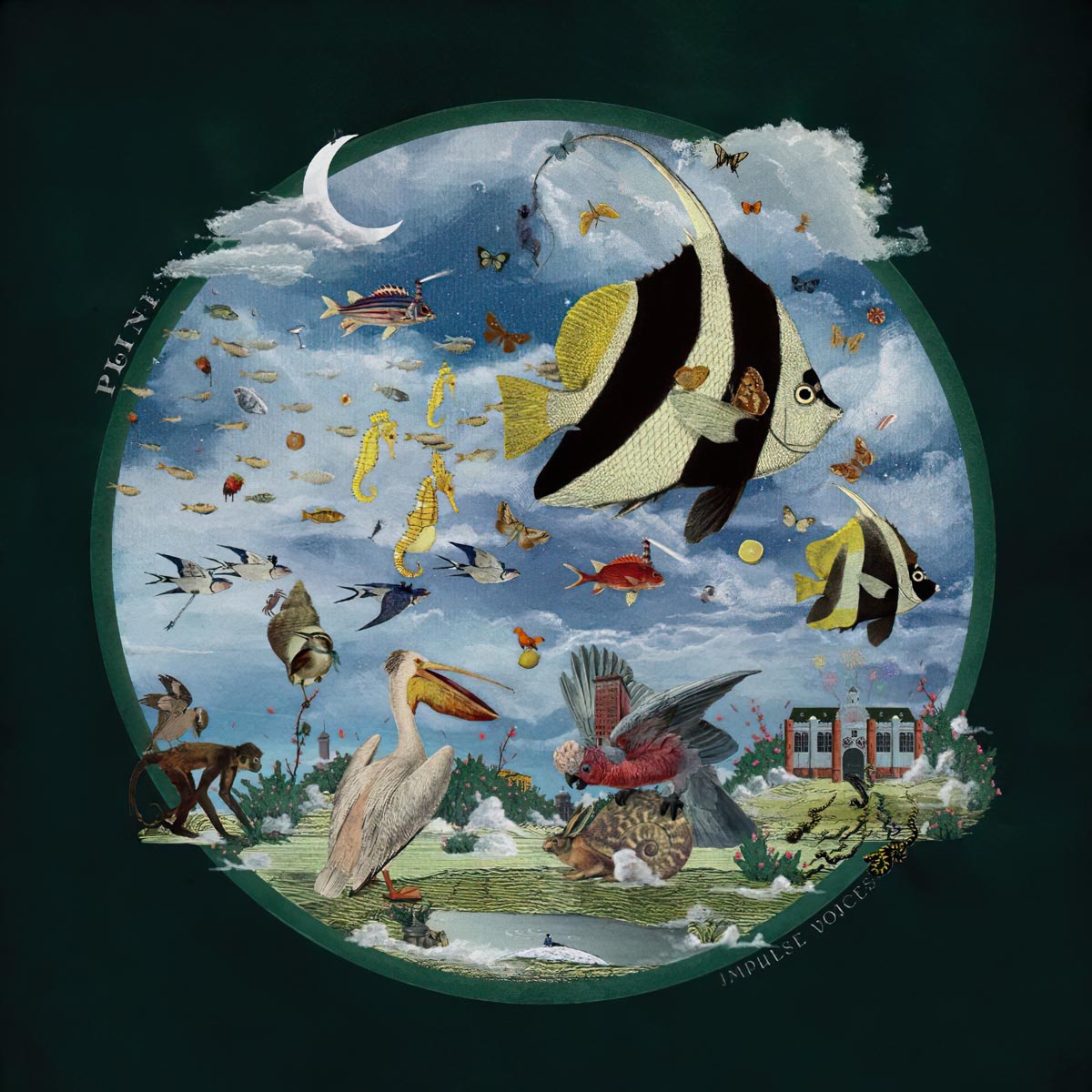 The proggier “Pan” emerges next. The post apocalyptic rhythm work reminds me of “Polaris” era Tesseract. The song is not as immediate as the prior tracks and, in true prog fashion, takes it time to develop and fully materialize. “Pan” includes some tasty sax work from John Waugh in the middle section. The different coloring provided by outside musicians such as Waugh and Mackay add another dimension to Plini’s music.

The ballad “Ona / 1154” follows. It feels like a jazzy tribute to Satch’s “Always With You, Always With Me” combined with the piano work of Vince Guaraldi of Peanuts fame, all with the trademark Plini sound. The song is never in a hurry to get somewhere. It’s all in the journey as is much of Plini‘s music.

“Impulse Voices” closes in true prog fashion with the nine minute epic, “The Glass Bead Game.” It certainly ups the pace a bit. It feels like the more intense, less weird younger sister to Vai’s “Alien Love Secrets.” The listener is transported through a dream sequence where the rhythm takes center stage accompanied by soaring leads that primarily provide color to the proceedings.

Plini commented on the album by saying, “With all travel plans cancelled until further notice, I slowed my lifestyle way down and spent almost every day from March til August wandering around Sydney, listening to podcasts and music, and then coming home and chipping away at these songs.” Having visited the diverse city of Sydney, I can certainly see where his time spent in the city contributed to the wide array of sounds heard on “Impulse Voices.”

While he is sometimes lumped in with the prog metal crowd, don’t look here for savage djenty riffs. Plini is more nuanced, thoughtful and restrained. The only criticism I would offer is that I would like to hear a bit more pace and urgency at times. But, I guess that is why Plini pairs so well with the more frenetic Intervals (see my review of their latest here). They compliment each other so well with their different approach to music.

“Impulse Voices” builds upon Plini‘s prior offerings with his diverse musical palette on full creative display here. In a genre that can be difficult to distinguish oneself, Plini’s music shines as a distinct beacon in a sea typically filled with excessive shredding.

"Impulse Voices" builds upon Plini's prior offerings with his diverse musical palette on full creative display here. In a genre that can be difficult to distinguish oneself, Plini’s music shines as a distinct beacon in a sea typically filled with excessive shredding.