Having recently celebrated their 40th Anniversary, Pendragon are one of the few bands of progressive rock’s second wave to have persevered and weathered the changes that several decades have thrown at them. Judging by their new release “Love Over Fear”, the aging process is only ripening their creativity and performance, resulting in a supremely satisfying listening experience and one of the jewels of their discography. Main man Nick Barrett has conjured up an inspiring set of songwriting which capitalizes on the strengths of the band and yet also explores new terrain. Sumptuously packaged with inspiring artwork by Liz Saddington, this is a recording which will be hailed by long-time Pendragon fans and also serves as an ideal starting point for any newcomer.

Bursting out of the starting gate, “Everything” starts with an unexpected proclamation of organ and steady beats for the first minute before segueing into more familiar Pendragon territory. Then the arpeggiated twelve string guitars, pulsing bass lines, layered keyboards and lead electric guitar runs take over with Barrett’s multi-tracked vocals. Relatively new drummer “Vinny” Velazco may not be as flashy as previous percussionist Scott Higham but he fits in well with the soul of the band and grounds the material with strength and assurance.

Let’s focus on one of the strengths of Pendragon: the epic. On “Love Over Fear” Barrett has honed his focus and found a way to deliver that epic feeling in under 9 minutes. There are several pieces in this category on the album. “Who Really Are We?” is perhaps the best of the lot, achieving an intensity that a song like “Indigo” held from their back catalog. Explosive at the outset, it deftly weaves in acoustic strummed moments with well-structured sections, culminating in a fiery guitar solo. It’s a cracker of a song which also would have made for an ideal album opener, though Barrett chooses to hold it back as the penultimate track. “Truth and Lies” follows a familiar Pendragon structure that wouldn’t feel out of place on “The Masquerade Overture”, heavy on the acoustic guitar picking until the trademark Barrett electric solo opens up for the final three minutes of the song. Speaking of guitar solos, “Water” features one of the album’s finest overtop a delicious progression until Barrett’s voice returns, singing the chorus an octave higher than previously in the song, which further draws out this evocative homage to the sea. Finally, “Eternal Light” offers eight minutes of lush, uplifting sonic bliss beckoning the listener to search for their hidden inner light. 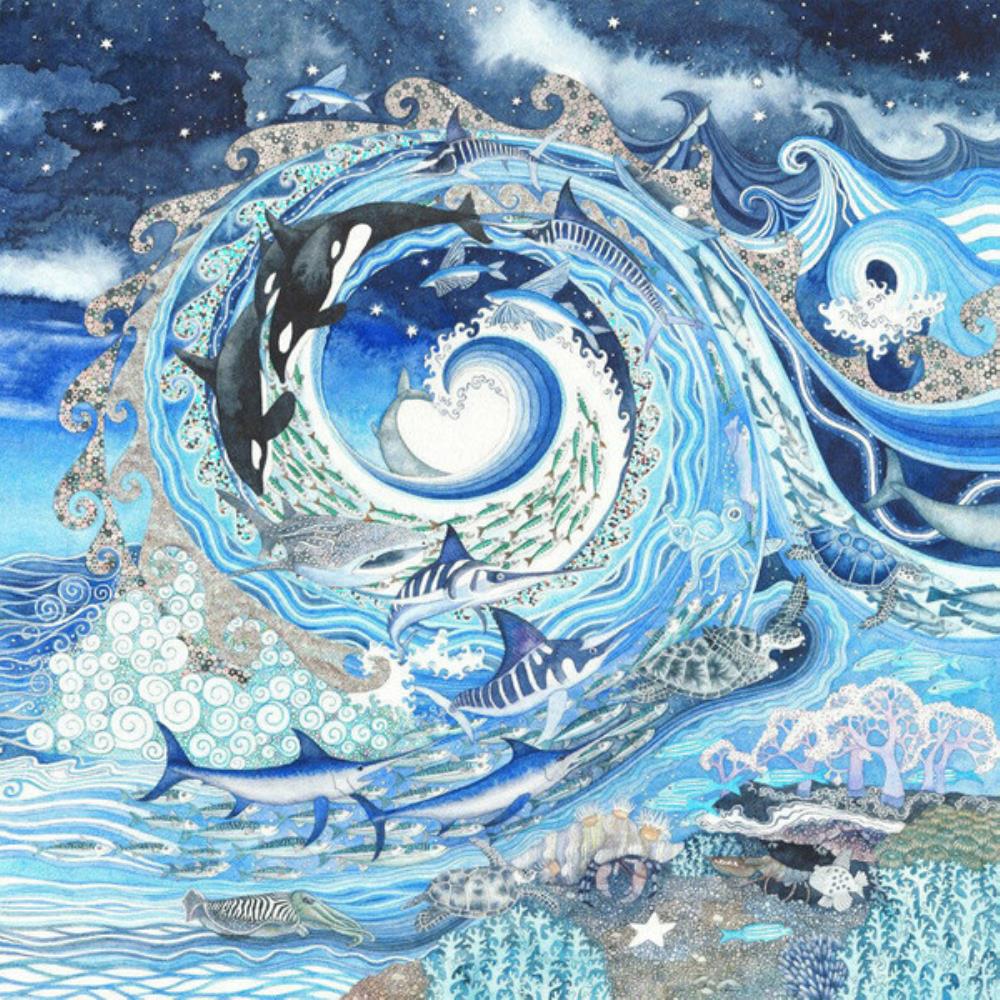 Happily, there are new pastures for Pendragon to explore alongside their familiar terrain, and “360 Degrees” is surely the most joyous of them. A Celtic romp in the vibe of The Waterboys’ “The Whole of the Moon”, complete with mandolin and acoustic guitars strumming and violin from backing vocalist Zoe Devenish, this will be a winner in concert and likely a favorite of their entire catalog. A delightful contrast to the rest of the prog on the album. And then we have the most unexpected turn…the crooner ballads. If you ever wanted Barrett to indulge in a George Michael-esque moment, well you’ve got two of them on the album. And they’re stunning. Never known for a refined vocal delivery, Barrett truly outdoes himself in these pieces. Indeed he reinvents himself on three fronts: voice, songwriting and his own piano playing. “Starfish and The Moon” hits early on (perhaps too early in the tracking) as the second song and also features some choice wistful guitar fills. But it is on “Whirlwind” that Barrett truly takes off into un-chartered territory, the jazz piano chords underneath with guest saxophone laying a foundation for his heartfelt voice to swirl above. “I’m still in a bit of a state of shock about it, it’s kind of like nothing I’ve ever done before,” Barrett observes. And the legacy of Pendragon is all the richer for it.

A couple of shorter tracks, “Soul And The Sea” and the closer “Afraid of Everything”, round out the offerings with style and substance. Both have sections which are immersed in Vinny’s passionate drumming which surrounds the listener like the waves of the sea, especially as the album closes in grand fashion.

Truly, this album is a triumph for Pendragon. Not only are there no fillers among the ten tracks, but each song succeeds confidently and supports the flow of the whole. The diversity in songwriting keeps the listening experience fresh, even as the cover art continues to inspire. Devoted fans will want to splurge on the hardback book edition which contains additional artwork illustrating each song, photographs and two bonus CDs: one with “acoustic renditions” of the songs as well as an instrumental version of the original CD. With an extensive tour in front of them – including several shows already sold out – Pendragon make a strong case that their flag is still rising even in the latter part of their career. By the time they reach their 50th Anniversary they may have raised the bar even yet again.

11. Quae Tamen Omnia (Everything But Everything)
12. Who Really Are We? (Acoustic Version)

“Love Over Fear” finds Pendragon experiencing a renaissance in their songwriting and performance. Featuring a delightful mix of inspirations old and new, the band serve up ten songs which take the listener on an inspired journey, reflected in the beautiful artwork on the cover. Certainly a high point of their 42-year history, an achievement which few bands can say at this stage of their career.