While some of our favorite glam and metal acts unfortunately did not survive the heavy metal holocaust of the 1990s, many others did either hang on in a state of semi-exile, or return following a breakup or hiatus. Some, such as the current Crüe / Poison / Leppard tour, have remained preserved for posterity like Keith Richards, by funding retirement with 35 year-old material. Others, such as Reb Beach, George Lynch, Frankie Banali, Zakk Wylde, Billy Sheehan, Paul Gilbert, and Nuno Bettencourt just keep on pushing themselves to evolve and remain an important part of the rock-and-roll story. However, are there new bands faithfully representing and reproducing the gritty Marshall snarl of 80s hair metal? Some of the only ones coming close are Steel Panther and Crashdiet, and the former is “The Onion” of heavy metal, or perhaps a modern Spinal Tap. However, if you crave a serious and sincere homage to hair metal, behold the new project Passion from Dan Rossall (aka Lion Ravarez) and Frontiers Music.

Rossall (of recent fame as a contributing artist to Revolution Saints ) has been percolating the synapses behind his Passion project for quite some time. After submitting some ideas and material to the Frontiers label, it was clear his chops for composition of authentic 80s hard rock and metal were no accident. This self-titled debut album proves that out, as Rossall takes the helm as vocalist, multi-instrumentalist, songwriter, and producer, supported by Vanderlain, James, and Baker as the full-time members of the touring band.

The album essentially kicks off with Dokken’s “Kiss of Death,” although in this case it is reincarnated as “Intensity,” a galloping riff delivery machine. The lead vocals themselves are even a bit reminiscent of Don Dokken from the first three records, right down to the flavor of reverb applied in post. While we realize this does not come across as flattering for Passion, it still is, although no points are awarded for originality. Again, this record is an attempt to revive a now-lost art in earnest. While it has lately been worrying to see the aged and terminally ill giant labels of the music industry attempt to cash in on memberberries by way of various Greta Van Whatevers, this record, like Tenacious D, is a tribute, and a real one. We have spent the last twenty years witnessing a creatively and intellectually destitute Hollywood reboot everything from the Dukes of Hazzard to Ghostbusters, and in the last couple years they have scored some direct hits on Gen X childhoods with items like Star Wars 7/8/9, and the campy retro fun of “Stranger Things.” Make no mistake, the record industry is suffering the same malady as television and film, and considering similar prescriptions, and we do not mean cowbell. 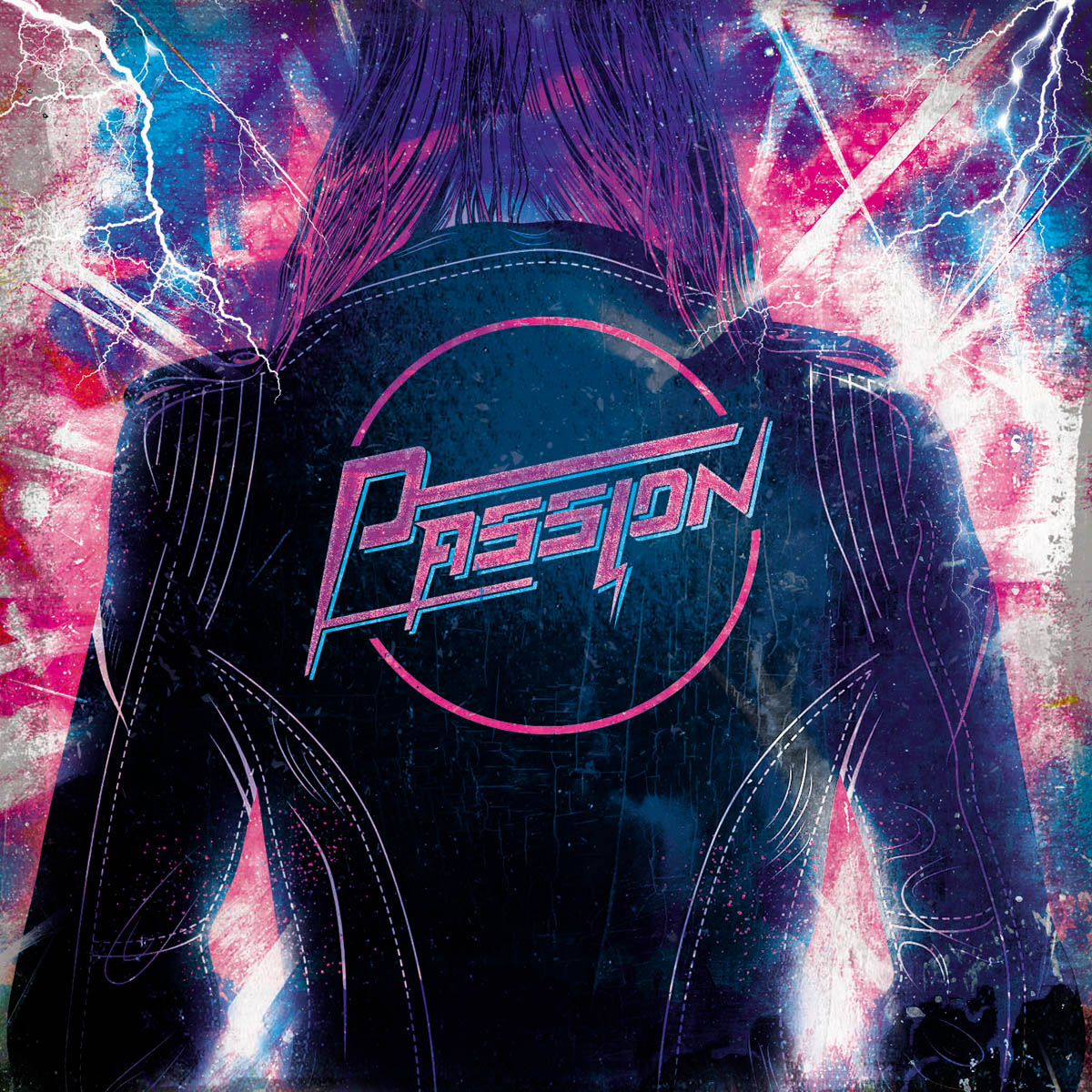 We will conclude that thought in a bit, but for right now let’s look at a few more songs. Where the first track, “Intensity,” was a slamming gang-vocal anthem complete with reverb’ed snare and some impressive lead guitar chops, the second track “Trespass on Love,” is somewhat more reserved. The opening verse is more or less the same as the first verse of Nik Kershaw “Wouldn’t It Be Good,” and even with the same moderate tempo. However, once the chorus arrives, it has more feel of a Def Leppard arena rocker. “Too Bad for Baby” is a grittier blues-based rocker which would have been right at home on a Damn Yankees record, and may explain why Rossall and Blades both have writing style suited for Rev Saints. The track “Lost in the Dark,” may have even more Dokken character than the first track. From the “In My Dreams” layered choruses to the textbook 80s Lynch technique, it’s all there, but this is less of a critical comment than to attempt to impart to you the reader how it sounds. If you are still listening to your copy of “Tooth and Nail,” you may already be hot and bothered, and that’s good. You should be. This record is your jam. In fact, the rest of the record is varying recipes combining flavors of Bon Jovi, Night Ranger, Ratt, and Winger, and it delivers it with panache.

In years to come, perhaps sooner than we like, record executives may perfect an AI system which is able to listen to an entire genre of music in nine seconds, and in another five seconds, write the music and lyrics to the greatest album in the history of that genre. After that, it’s a simple matter of engineering a band with the right image, splitting their time in the studio with the best session musicians money can buy, and then unleashing them upon the unsuspecting world like something to make the Monkees appear authentic. Well, until that particular Skynet comes online and dooms us all, we have real bands like Passion to keep, well, the passion alive in the rock genres we love. If we were to have one chief concern or critique with this album, it would be a sense of lacking variety. After a few listens, it can feel a bit like an entire album of the song “Cherry Pie.” Don’t get us wrong, it’s a fun song, but even the “Cherry Pie” album had its “Uncle Tom” and “Bed of Roses.”

This record is one of those rare and refreshing moments where one can judge the book by its cover. The purple-haired vixen rocking the cover in a neon-purple “Passion” riding jacket, dazzled on all sides by Holograms of the “Jem” variety, is a lot like the record contained within. She don’t want nothin’… but a good time. She is in the front row, horns up, banging those purple locks to headbanging arena anthem one after another. Will she get to go onstage and get to sing “Miles Away” with Kip? No, but that’s not what she’s there for, and neither is this album. “Passion” is Dan Rossall’s first mighty swing at a glam rock fastball, and while it may not be a home run on the first swing, it’s a solid line drive, and hopefully it loads the bases for his next attempt, or for some other new blood at Frontiers and other labels. It is hitting stores right now, so check it out here or at your favorite online music source.

What this album may leave some wanting in the way of variety or originality, it delivers in spades when it comes to authenticity, heart, and a headbanging good time. If you need proof that the next generation of metal is capable of learning and honoring the craft of 80s hair metal, look no further than Dan Rossall’s “Passion” project. This one is the real deal