A procession graced by impressionism.

Doom metal has come a long way since the early 70s when Black Sabbath first translated the atmosphere and aesthetic of horror cinema and the darker side of human nature into their transitional heavy metal craft. Each respective offshoot that has subsequently emerged has always carried some remnant of the original template put forth by said British pioneers, and while the various schools are quite expansive, they could be reduced to two competing expressions, one being of a concrete character and the other far more abstract. Falling into the latter camp are a number of bands touched by more of a post-rock and even occasionally droning influence, almost as if painting over the blunt moods of the Sabbath sound with a sort of impressionistic haze. Among the more popular bands to explore this misty territory is Arkansas born quartet Pallbearer, and their 4th studio LP “Forgotten Days” raises this concept to an art form with a series of dream-like musical contemplations.

Relative to prior endeavors, this opus has more of a streamlined and focused character, and largely shies away from any meandering jam sessions that break the 10 minute mark. However, the slightly more accessible character of these songs does not equate to something that is either less vivid or even approaching the shallow character of something pop/rock oriented, as each of the eight chapters of this auditory novella explore feelings of isolation and nostalgia in a highly asymmetrical fashion. The blend of swampy guitar and bass tones with a loose percussion backdrop results in an atmosphere that is correspondingly dank and obscured, like a mist-shrouded marshland with no discernible beginning or end. The harmonic structure is largely consonant in character, as is the smooth, cathartic character of front man Brett Campbell’s vocal lines, but the generally free-flowing structure and avoidance of an obvious structure makes even the shortest composition in this album’s quiver seem quite drawn out.

All of this considered, “Forgotten Days” reveals itself to its audience in storybook fashion, with a clearly marked introduction and conclusion, though what occurs in between is a bit less obviously defined. The opening segments of this album’s title song “Forgotten Days” is defined largely by the ambient noise of amplifiers feeding back and droning deep bass noise, though once the song finds its groove it quickly turns into a sludgy yet catchy anthem of regret, and proves to be the most symmetrically structured offering of the bunch. The employment of stacked vocal harmonies at certain points of this album proves an effective contrast point, and offers another level of structural safeness that is then countered by episodes of chaotic, noise-driven guitar noise that might otherwise pass for a conventional solo. Other offerings such as “Riverbed” and “Vengeance Ruination” are of a similar scope, but offer up a more exaggerated degree of emotional contrast, with the latter being especially heavy and menacing. 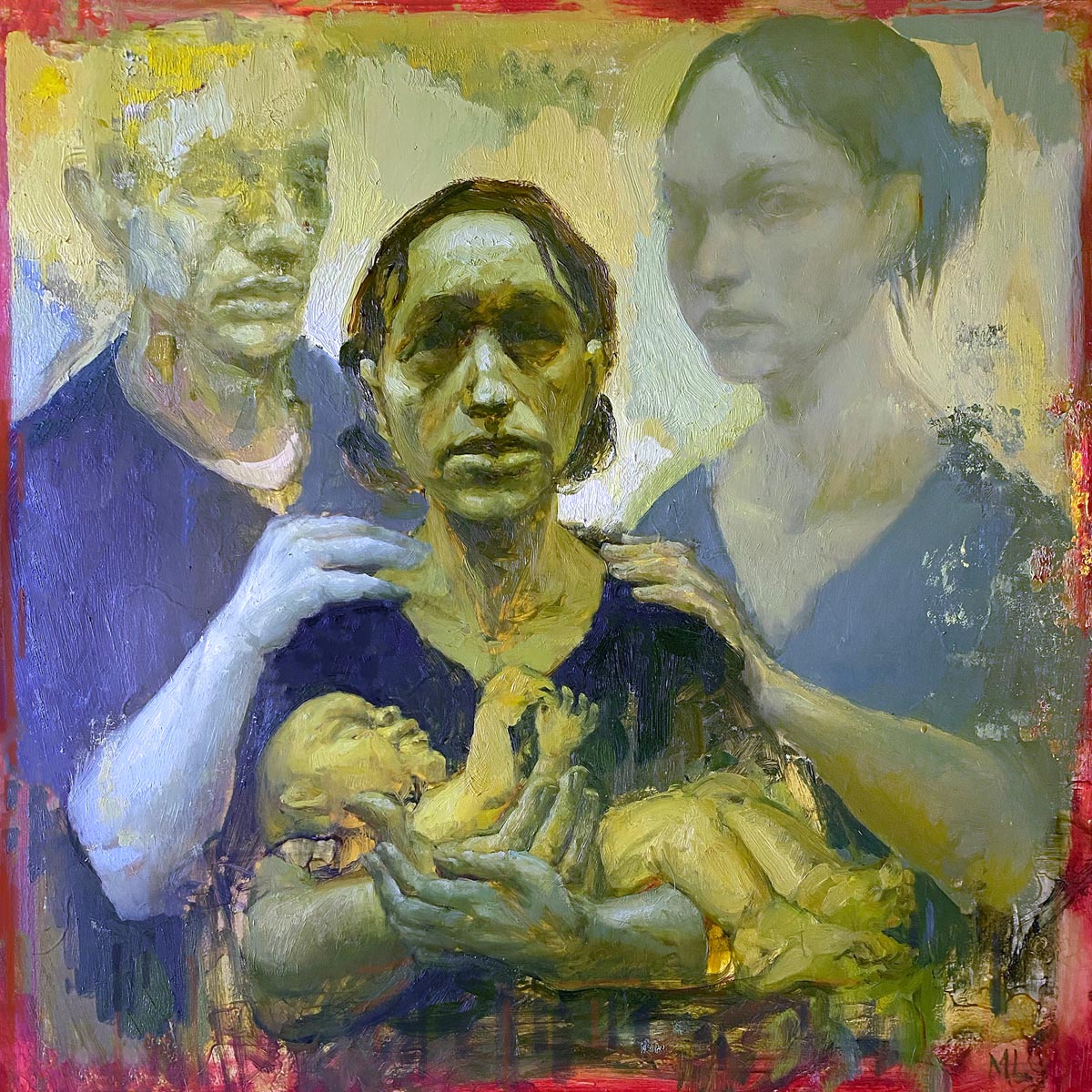 While the aforementioned songs are notably expansive in character, they prove to be the middle of the proverbial road. On the shorter side of the spectrum is a tuneful, lead guitar driven ode to fatalism drenched in a dense atmosphere dubbed “Stasis”, which along with the more bottom-heavy, groovy romp “The Quicksand Of Existing” displays this band veering closer to a traditional doom sound, occasionally touched up with some harmonized guitar passages reminiscent of an early Thin Lizzy influence. In contrast, the slow-trudging journey through a kaleidoscope of sorrowful sounds and 12 minute epic “Silver Wings” sees this fold moving a bit closer to their extended jamming roots, though with a more disciplined sense of development. The near 8 minute closer “Caledonia” provides a sort of resigned epilogue to this tale of woeful reminiscence, and despite being about as aggressive as the preceding songs has more of a ballad quality to its extended denouement disposition.

Per the testimony of Campbell and bassist Joseph Rowland, “Forgotten Memories” has a strong thematic affinity with the band’s breakthrough debut offering “Sorrow And Extinction,” and barring the varying scope of the songwriting present this time around, it’s an apt comparison. The musical expression of real emotion through a surreal lens is not only an effective one here, but also a genuine one that may well catch the more impressionable listener tearing up at times. It likewise lends itself well to those who have a penchant for the more atmospheric rocking character of such British bands as Warning and 40 Watt Sun, though the stoner crowd will find enough similarities in both the riff work and the production quality to the likes of Sleep and Electric Wizard to find this an agreeable listen. It’s a melancholy stroll through a series of memories that one might wish to forget, yet it’s a musical experience that will be easily remembered and voluntarily revisited.

Not every metallic funeral is graced by the theatrics of the 80s, or the cannabis aroma of the 90s, and Little Rock’s favored sons of doom brings a highly atmospheric and abstract post-rock flavor to their brand of somber reflections via music this time around.