For those of you reading this and not familiar with Remedy Lane, it was the fourth album by the band, released in Spring 2002. It is a concept album focusing on a character’s search for self-discovery and it addresses a wider variety of themes, including love, loss, lust, sex and self-understanding. The album, written by guitarist and vocalist Daniel Gildenlöw, is semi-autobiographical in nature. The liner notes include poems and photos related to the concept as well as date markings to signify the chronological order of the album. Gildenlöw has said that the inspiration for Remedy Lane was an era of his life in which he wished to understand the nature of freedom.

After you first listen to Remedy Lane you find more than evident that the album’s title fits perfectly as Daniel the protagonist quite literally takes a walk down remedy lane to heal and soothe his past wounds. Talk about catharsis and how it can serve as one of the best influences in making a piece of pure art. The band’s fan-base was expected a follow up to their acclaimed “The Perfect Element: Part 1”, but instead Pain of Salvation brought a stunningly powerful and convoluted semi-story that is emotionally fatiguing in its intense pathos and at the same time forward thinking and powerful. A simply ground-breaking and genre-bending record.

The band teamed up with old companion and mixing engineer wizard Jens Bogren at Fascination Street Studios (Opeth, Symphony X, Devin Townsend, Haken, etc.) for a new sonic take on the original recordings accompanied by  the intense full-album live performance from ProgPower USA Festival from 2014. Pain of Salvation’s Daniel Gildenlöw commented as follows about the re-mix project: “Jens Bogren approached us a few years after the release of “Remedy Lane”, saying he was a fan of the band and kindly offered his services. He was later involved in “BE” and “Scarsick”, but always in the periphery, since we were taking new directions in our sound and production by then. His true strengths lay in that impressive wall-of-sound type production that we had been aiming for with The Perfect Element and Remedy Lane, and I always wondered how those albums would have sounded in the care of his skillful hands. Maybe it was time to find out?” 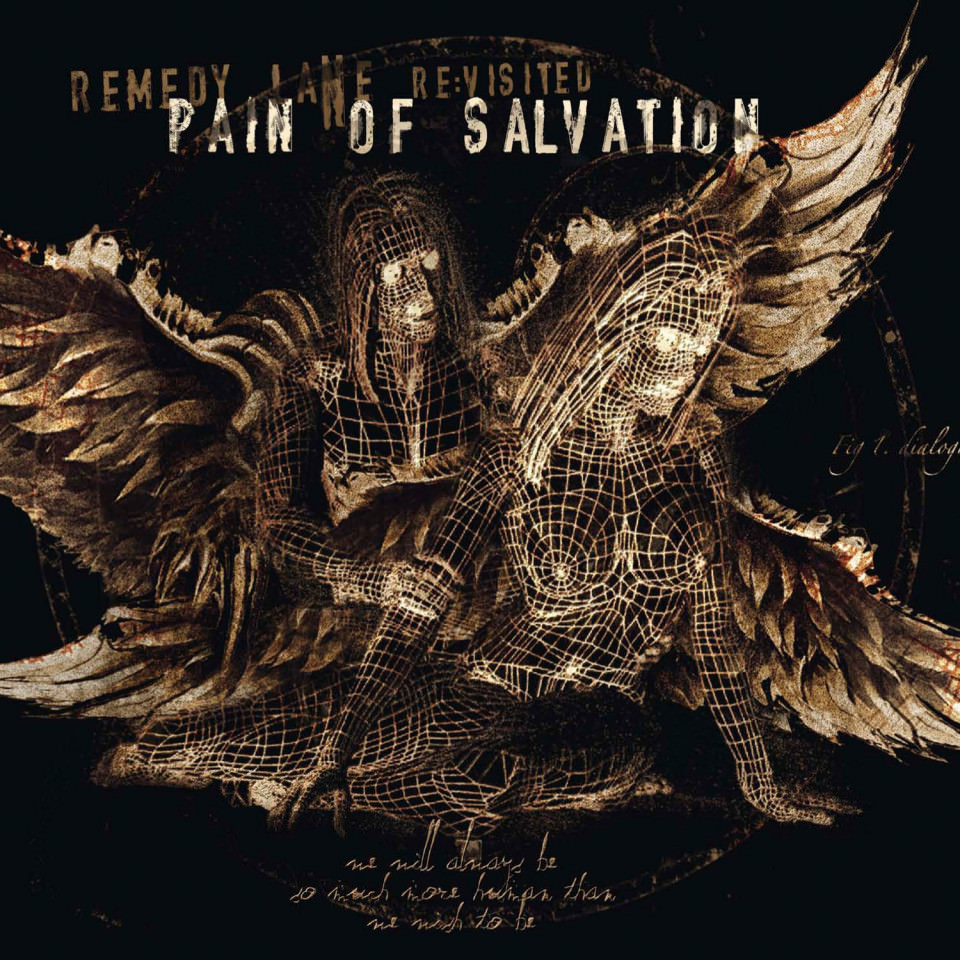 The secret to Pain of Salvation’s success is in their ability to make extremely experimental and progressive concepts and compositions extremely melodic, digestible, and intriguing. Musically, this album really goes all over the place and lives up to its progressive reputation. The song structures are wild and complex in their dissonance, the instruments are performed with technical ease, and the vocals of singer/guitarist Daniel Gildenlöw range from passionate to absolutely insane. Gildenlöw has an amazing vocal range, at the same time being quite a guitar talent. Just his voice alone has an omnipresence about it, causing you frequently to ignore the surrounding music and just focus on his singing – which has an alternatingly sinister yet beautiful quality.

The songs themselves are also packed with a good deal of variety and range from somber mid-tempo tracks screaming of 70s-progressive majesty with walls of keyboard textures and legato guitar solos (“Ending Theme,” ”Undertow”), progressive mindfucks feeling more influenced by Bartok and Faith No More than Yes (“Fandango,” “Rope Ends,” “Chain Sling,” “Beyond the Pale”), more upbeat songs (“A Trace of Blood,” “Waking Every God”), love ballads (“This Heart of Mine (I Pledge)”, “Second Love”), and a sweet acoustic instrumental (“Dryad of the Woods”). Pain of Salvation shifts style every chance they get, yet no songs on Remedy Lane feel out of place, even when listened to out of the context of the concept of the album. Just like most great concept albums out there, this album is full of repeating motifs and melodies making for a truly enchanting and invigorating listen. While it’s all complex as hell, the songs portray the stories of the lyrics well and offer something for just about any kind of listener.

So going back to the newly remixed album, is that even worth of your attention? “C’mon, is the same music I already own?” some of you might ask. The answer is a resounding YES. You should go and buy this album again, and maybe then try to sell your old one on eBay. Jens Bogren have done it again, insufflating and creating much greater transparency in the instrumental layers, revealing previously unheard detail in the subtle and delicate parts, enhancing a more expansive and broader soundscape, while retaining the original rawness of the heavy parts and adding more kick and power to them. All the album’s melodies, songwriting and structure tastefully flow through a labyrinth of emotions, now perfected and brought to a new life by the new mixing.

And if that wasn’t enough you will also get the live recording of the beyond-excellent performance they offered back in 2014 at the prestigious Progpower Festival in Atlanta, Georgia. I was fortunate enough to be part of the audience that night; and the vivid images of that show are still fresh in my memory. The band ripped through Remedy Lane in its entirety without missing a note, and Ragnar Zolberg (who had become a permanent member of the band after filling in as the main singer during the time Daniel Gildenlöw was seriously ill, knocked down in a hospital battling a flesh eating bacteria for months) paired his vocal skills with Gildenlöw for one of the most emotive and goosebumps-bringers performances ever of my favorite song of the album “Undertow”. You can watch a video I taped that night at the end of this article.

If you want to revisited to an album that is more melancholic and emotional that your usual prog-metal and will literally move you and make you think and explore the deepest and darkest recesses of your mind, this is album to get. It is now mixed the way it should had been since the very beginning and you will set sail to a complete new experience while listening to it.