In a world where instant gratification is the norm – fast food, speed dating, instant downloads – it’s refreshing to see a band betting on a form of art which takes time to be fully absorbed. That is the case with Lebanese band Ostura, who recently released their second album The Room. Clocking in at 1 hour and 14 minutes, this is an album which immediately stands out as very well played and composed, but it will take you many listens until you fully grasp what it has to offer.

Having gone through a lineup reboot after their first album, it would be easier for the band to tread on familiar territory, but they bravely chose to explore new grounds, where excess is the norm. The Room is a massive production with performers from 12 countries, alongside the City of Prague Philharmonic Orchestra and the core band. The recording includes a Chamber Quintet, Live Percussion, Ethnic instruments, Solo instruments, and analog synthesizers as well as a fair share of electronica. Ostura ’s music is known for its cinematic structure and change of atmospheres based on character emotions and dialogue. The music is as melodic as can be with heavy arrangements and occasional orchestral sections never heard in a rock context before, and the album impresses from the first glance at the exquisite artwork until its final note. The 12 songs were written in chronological order and work as a score for an equally cinematic storyline about a socially reclusive girl who takes refuge in a room. Locked in with her thoughts, fears, and ambitions, the girl’s imagination turns the room into an endless universe where she is the creator. Soon after, her creation gains the ability to create and ask the right questions. The story tackles the notions of fear, perfection, social anxiety, ambitions, rage, power, and the struggle between the creator and the creation. 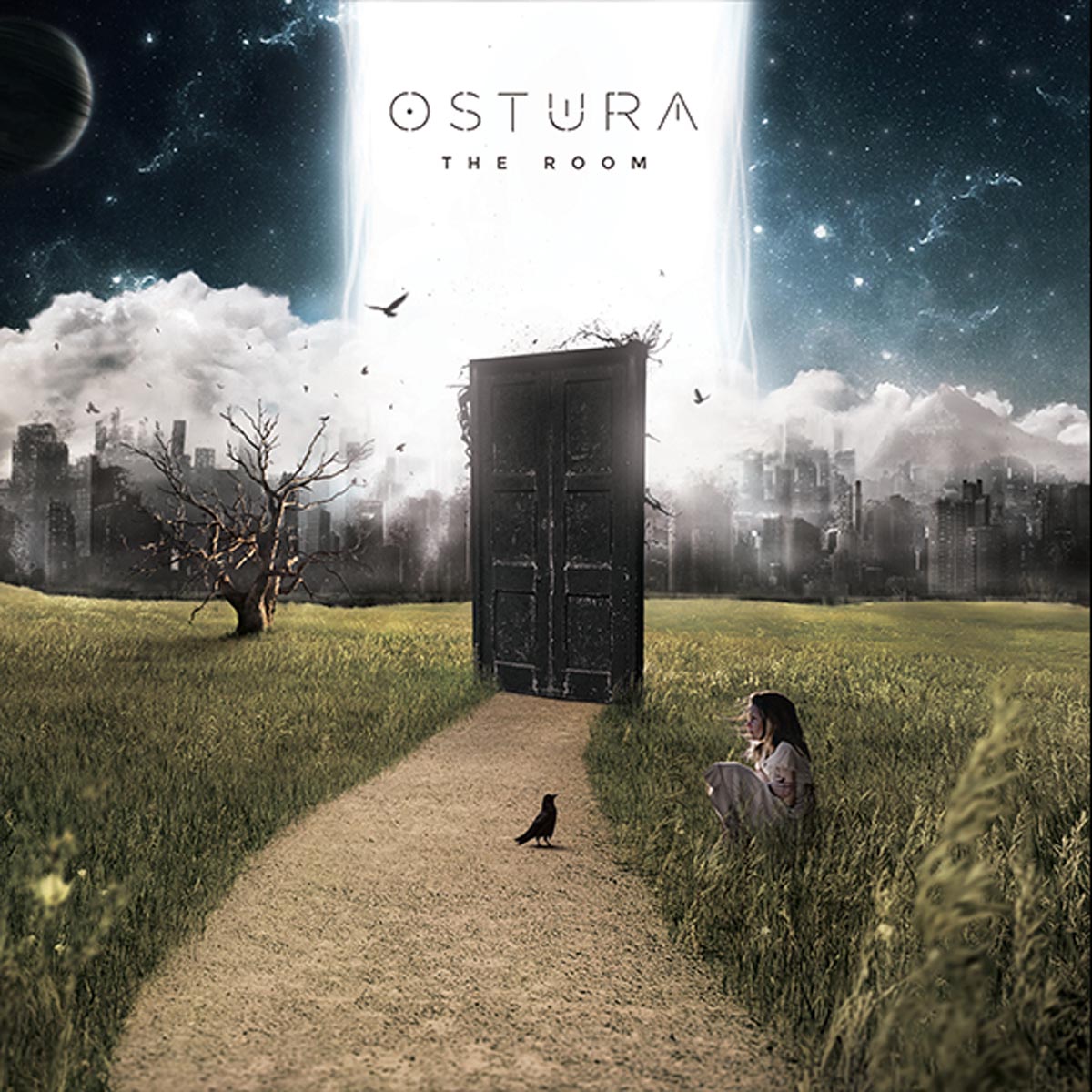 The first song is also the title track, and we are invited on this journey that starts with a girl’s heavy breathing and frantic strings, before kicking into a nervous metal riff. “The Girl” is interpreted by versatile singer Youmna Jreissati, whose voice is a welcome surprise. As with most of the songs on the album, the verses are split between Youmna and main composer Elia Monsef, and the chorus is sung by both. “Escape” comes next, with evocative strings and Youmna’s beautiful operatic voice. As the title says, The Girl is invited to leave The Room by a character named Utopia interpreted by Michael Mills (Toehider, Ayreon), whose voice reaches the skies here. Marco Sfogli, who plays lead guitar on most of the album, provides a blistering solo and shines throughout the song.

“Beyond (The New World)” continues the cinematic approach and introduces electronic beats contrasting with Thomas Lang‘s precise drumming. A beautiful piano and violin interlude adds some breathing space in a track that is otherwise filled with prog metal riffs. The duality between Utopia and The Girl is of course accentuated by the contrasts in the music elements. “Let There Be” is a fast-paced and more direct song with one of the most powerful choruses in this release, while “Erosion” carries on with the story and introduces flamenco guitar that adds a different flavor, followed by chants and once again amazing vocals.

After the frantic variations of “Only One”, “Morning Light” brings a welcome change of pace, with a melancholic piano melody and Youmna‘s beautiful and soothing voice. “Deathless” comes next and is the song chosen as the album’s single, with a chorus that begs to be sung by a large crowd: “… Rise up we’re the brave / Don’t live a life of a slave / As darkness shrouds the day / We build a life in shade / We are the ones betrayed…” Although it is placed towards the end, “A Darker Shade of Black” is one of the central pieces of the album. It starts with a flute solo and a pastoral melody, until the listener is once again grabbed by the heavy orchestrations by the City Of Prague Philharmonic Orchestra and vocal interplay between Youmna and Elia. The climax is reached with an emotional solo, brought by Arjen Lucassen (Ayreon). 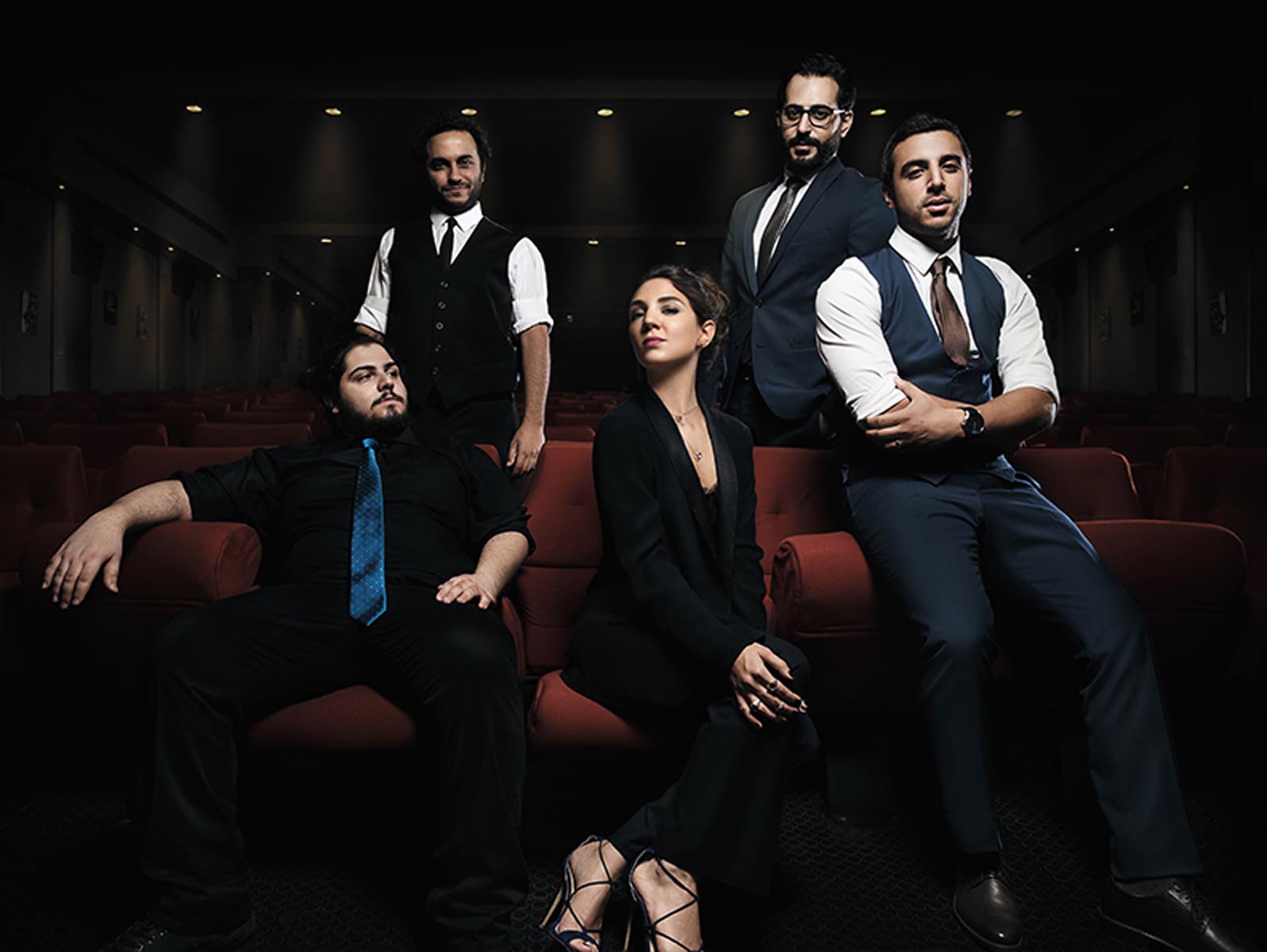 The whole album feels like a case study in vocal prowess, and “The Surge” and “Duality” both are evidence of that. They carry the story to a close, while the delicate instrumental “Exit The Room?” breaks the fourth wall and advises the listener that this is the end of the journey (or is it?). This is an album worth sitting down to listen to while being absorbed by the lyrics and properly grasping its storyline. Ostura may be pegged as “Symphonic Power Metal” or “Prog Metal”, but the dedicated listener will find that they clearly transcend all those genres, with the technical and emotional aspects of their sound being emphasized in equal measures.

Ostura does it admirably well in this album. The songwriting is unique and adventurous, the musicianship is unquestionable, and the story doesn't rely on the usual cliches of concept albums. However, the production -although quite clear- doesn't allow the bass to shine and be heard.