The fall of mankind’s soundtrack.

For those uninitiated into the world of the more extreme fringes of 80s thrash metal, where the early signs of death metal’s ascendancy was becoming apparent, the tale of Louisiana’s Opprobrium is really the story of an obscure death/thrash band dubbed Incubus. Naturally confusion follows this revelation as today’s music consumer is wont to respond “What? You mean the late 90s alternative rock band from California?” As fitting of an eventuality as it may seem, the name given to one of the most insidious of demonic entities was originally the one of a band who sounded the part, being comprised of a fold of predominantly Brazilian-born metal heads with a close association to Sepultura during said band’s formative years. Their sound presented a highly accomplished, technical flavor that was extreme enough to rival the likes of Morbid Saint, Kreator, Demolition Hammer and even full blown death metal outfits such as Death and Morbid Angel, yet delved into lyrical subjects more suited to Christian dissenters within said scene like Vengeance Rising, Believer and Mortification.

If nothing else, the world of late 80s death/thrash was an intricate landscape of many twists and turns, and the two principle figures that brought one of its more unique players into the equation, namely the Howard brothers, have continued this tradition under the moniker of Opprobrium (a Latin word for something that brings great disgrace) since the turn of the millennium. The passage of time has done little to waiver their resolve to stick to their stylistic niche since their 1988 debut Serpent Temptation first put them on the map, and their fifth studio offering The Fallen Entities continues their uncanny ability to report upon the cruel nature of the world from a Christian perspective. The brutality factor on display might draw comparisons to a number of revivalist old school death metal outfits such as Morfin, Rude, and Skeletal Remains, given that in the late 80s it was less clear as to where death/thrash ended and death metal began, yet the overall presentation is one that is more of a current expression of the style rather than an overt throwback to another time.

Never failing to deliver skull-crushing riffs with a throaty snarl thrown over top of it, the half of this duo that ends up stealing the show is Francis M. Howard, laying on a masterful display of technical intrigue with an eye for symmetry and staying power. Of particular note are his contributions to the fancy thrasher “Turmoil Under The Sun”, which could pass for a lost song off Death’s Leprosy were it not for his voice being more in line with the 1989 version of Max Cavalera and the formula being more elaborate and drawn out. His versatility is brought further into focus by the more restrained bruiser “Creations That Affect”, having more of a groove-happy tendency for much of its duration after the mold of Obituary’s Cause Of Death, but also having more moving parts than said album in the riff department. Also taking on the role of soloist, Francis proves himself up to the task of rivaling the likes of James Murphy and Chuck Schuldiner at several key points, with the most riveting shred fest being the one featured during the latter half of the epic riff monster “Throughout The Centuries”. 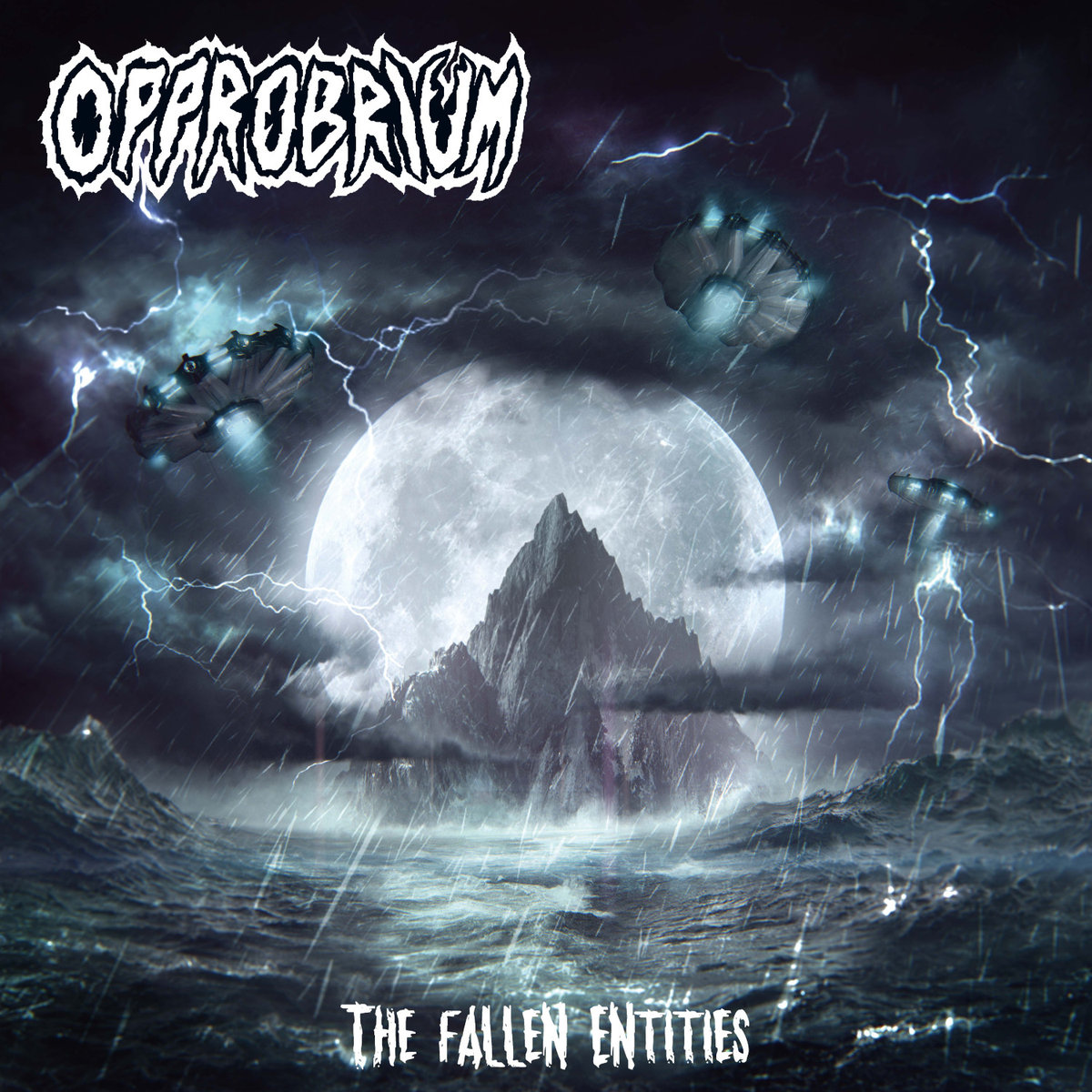 This isn’t to say that the other half of this two man project is any slouch though, and the racket that brother Moyses makes at the drum kit is a formidable one. In contrast to many of the aforementioned bands of the past that compared to this one, Opprobrium is not beyond taking a page out of the Mortification playbook and morph into full on death metal blasting mayhem, and the full on machine gun double bass fury and chaotic nature of the drumming on “Wicked Mysterious Events” is enough for any fan of Cannibal Corpse to fall in love with. All the same, the bulk of the kit work heard on here keeps things more along the lines of a hyper-thrashing yet militarily precise character that typified the New Jersey-based precursor to the New York big 3 of death metal (Incantation, Immolation and Suffocation) known as Revenant. Coupled with a production job that maximizes the punch factor between the riff work and the rhythm section, though the bass sees little exploitation beyond mirroring the guitar at the lower end, the resulting sound is massive enough to win over just about any trustee within the death metal spectrum.

Opprobrium may well be seen as something of an oddball in the death and thrash metal world when considering the lyrical perspective that comes along with their sonic battery, but even among those skeptical of the Christian faith, the musical force that this band exudes is about as far removed from a family-friendly sound as one can get. If nothing else, it speaks to a level of freedom of expression inherent in the entire metal paradigm that is often missed by those outside of it and even a fair number who are regular consumers of the art form. Then again, for anyone who has ever cracked open the Old and New Testaments, there is a wealth of material available that is more than appropriate for a style of music that doesn’t waste its time trying to sugarcoat the chaotic world that surrounds us. For those who believe the Gospel and remember that Jesus spoke about hell more than any other person noted in the scriptures, an album like The Fallen Entities also offers an orthodox alternative to the secular majority within the sub-genre that is no less fierce or forbidding musically speaking.

All that thrashes is not wicked, and all that deals with death is not a seeker of vileness, such is the longstanding testament of 30 years of Christian dissent within the thrash metal world embodied in Opprobrium’s thoughts on the matter