Opeth is hardly a band that needs introduction. Their name has become synonymous with both quality and musical expansion, however the band have never stuck to the usual guidelines.  Mikael Åkerfeldt and company have always been some sort of a chameleonic act, never afraid of changing hats or wearing different guises. Even when they were considered a premiere progressive death metal band, their take on the style was their own and set the band apart from their peers. Their twelfth album ‘Sorceress’ is about to hit the shelves at the end of September, and marks a third and definitive attempt in the metamorphosis of the band’s sound initiated with ‘Heritage’ and further developed with ‘Pale Communion’.  ‘Sorceress’ comes full circle with their foray into a drastically different musical territory, where straight ahead 1970’s-influenced prog-rock marries analog synth driven jazz-infused soundscapes sprinkled with psychedelic guitars and medieval-folk melodies. 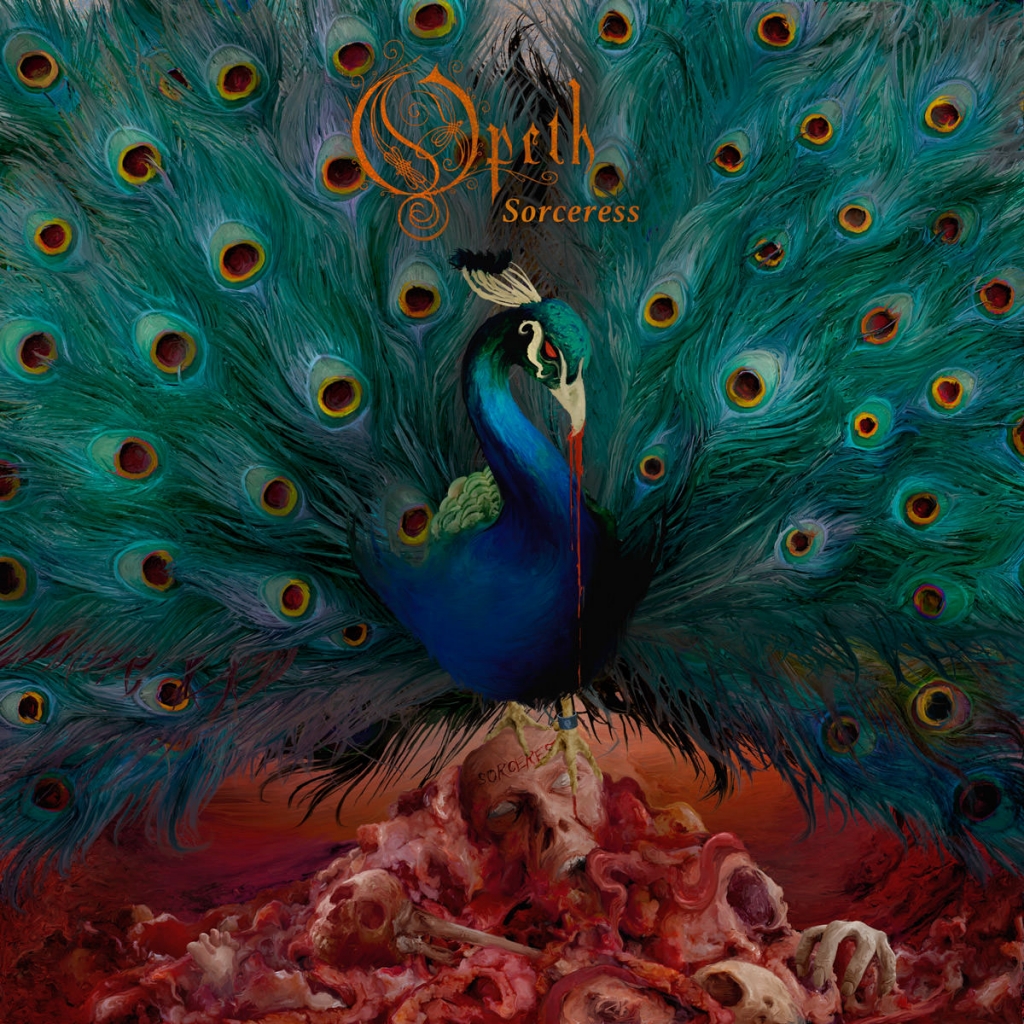 Sorceress is not one of those albums you fall in love with at the first spin, and it’s even less if you are familiar with the band’s former sound, however, some perseverance turns it into a poignant listening experience. The music is nuanced and unpredictable (at no point during my initial listen could I guess which direction the album was going to take), taking you from classical, guitar-tinged instrumentals to dark and melancholy organ riffs, traveling through a cathartic range of 70s-prog vibes, folksy acoustic strings and catchy vocal melodies; heavy, twisting and complex prog-metal interludes of guitars and keyboards; Middle Eastern-themed and wonderfully colored instrumentals, and proverbially well-executed shredding adorning the scarce metallic parts. The record has a conceived flow, where the soft and lovely songs work with the vibes of the ones around them, for a diverse kaleidoscope of moods and mysterious harmonies, oozing a rather mystical nature perfectly portrayed by the visually daring cover.

There are a few standout tracks.  The title track, which opens with a odd-time organ groove before hitting some old-school metal chunk, makes for a solid first single from the album.  “Chrysalis” is one of the heavier tracks displaying more chaos than other more mellow tracks.  “A Fleeting Glance” is perhaps the album’s most diverse track, incorporating harpsichord in the verses and closing with a soaring powerful, melodic ending.

Yes, this album will continue to alienate their older fan base, those who keep hoping for the return of the growled vocals and the crashing riffs, but one thing is clear: the ‘Blackwater Park’ days are long gone, and the band is clearly unwilling to return to their stylistic roots, but moving towards to explore uncharted territories, developing an intricate palette of styles and ideas and pushing them to the extremes of its expressions. ‘Sorceress’ is not quite any other album I’ve listened to recently, it bears the imprint of a band broadening its influences rather than transcending them, while inviting the listener to follow them throughout a truly defiant and bold musical journey.