Over the years, the ever-expanding Swedes of Opeth have had several live releases, all of which capturing remarkably different periods of the band, both in terms of musical output and popularity. The most recent offering, Garden of the Titans, documents their performance at the Red Rocks Amphitheatre, near Morrison, Colorado. Recorded during a short tour where Gojira was an opening act (and reportedly delivered an equally crushing set), it covers the Sorceress Tour, but has a career spanning setlist.

The beautiful album cover replicates the famous sedimentary rock formation of the Red Rocks Amphitheatre, with the faces of the band members carved into the boulder, like a Mount Rushmore of prog metal. Those who have attended concerts there are not shy in saying how great the acoustics are in the house, making it an ideal place for a live recording. That is certainly reflected in this release, with a crisp and heavy sound, and clarity on all instruments.

While it would be difficult to encapsulate Opeth’s entire career in a single set, the track-list of Garden of the Titans does a good job in representing what the band’s current live shows are nowadays. The three songs from their latest studio album Sorceress – the title track, the quasi-hard rock “Era” and the hypnotic “The Wilde Flowers” work quite well, even though the album had a polarizing effect in the fanbase. Aside from that, all other tracks have been frequently featured in their live set.

The comparison between old and new Opeth has become a cliché in every album review since Heritage came out in 2011, and who knows how many releases it will take for old school fans to realize that the death metal days of the band are long gone, at least in their studio offerings. Their recent output is admittedly more influenced by 70’s prog bands, particularly the Italian ones such as Goblin, Le Orme and PFM. Surprisingly, in this release their newer repertoire blends in perfectly with the growl-tinged older tunes, and the fear that they might sound like two completely different bands depending on what they play live are completely unjustified. Whether or not you choose to be on board is up to you, but at this point it should be clear that the direction they took from Heritage onwards seems to be “the new normal” for the band. 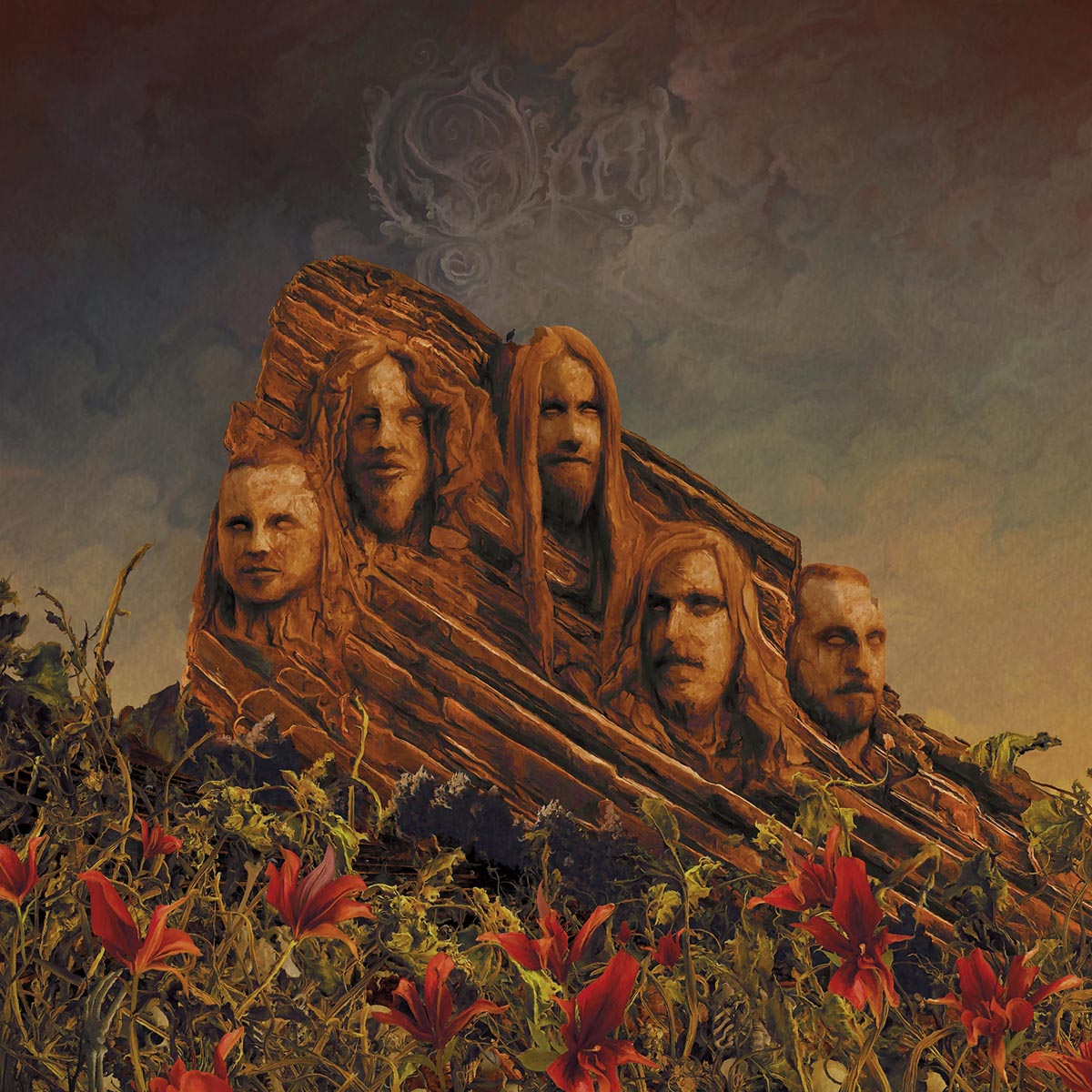 “Garden of the Titans” Album Artwork

Kicking things off with “the new single” seems to be the standard in the music business, and the ominous “Sorceress” is a hell of a way to start a show, telling a witch’s tale during the Inquisition. Next up is “Ghost of Perdition”, a song I wouldn’t expect to be played so early, but come to think of it, that menacing riff with growling vocals screaming about demonic possession can never come soon enough. The third number on this release, “Demon of the Fall”, was also the oldest song of the show. Every time I’ve seen them live there was always that fan asking for it to be played even before the first chord was strummed on stage, so I guess this time they decided to get it out of the way quickly.

Those who have not experienced a live Opeth show would think they’re a circumspect bunch, but Åkerfeldt‘s self-deprecating humor comes up more than once throughout their shows. In previous occasions, I’ve seen him describe his attempt to use the toilet in Australia while being stared at by a giant spider, playing a “guess the Deep Purple riff” game and making jokes about Lady Gaga and Madonna. On Garden of the Titans he says that “whatever mistakes you’ll hear us make tonight will magically disappear when the album comes out”, and other things that are better left unsaid to preserve the surprise element. A much-needed contrast to the seriousness of their lyrics, and an already expected feature whenever they’re playing.

One of the songs that benefits the most from the clear production is “The Devil’s Orchard”, which sounds like a soundtrack of a Christopher Lee horror film, and whose keyboard parts are even more prominent than the studio version. “Cusp of Eternity”, with a chorus that could easily be sung by an obscure fanatic cult, doubles up with the sinister riffage and depressive tones of “Heir Apparent”, the only song drawn from arguably their best record, fan favourite Watershed.

Album closer “Deliverance” is a perennial last song on the band’s concerts. It’s a song unanimously hailed by fans and critics alike as arguably the band’s finest hour, and frankly it’s hard to disagree with that statement. The whole song is a test to the band’s rhythm guitar abilities, with syncopated riffs being thrown left, right, front and center. The rhythm session shines on the softer moments, with tasty drum fills and precise bass lines, sounding almost funky here and there. The everlasting ending is a cathartic moment where band and audience interlock in a blissful state, as if conjuring an evil being onto the stage.

With the new studio album expected to be released in early 2019, Garden of the Titans is a great way of providing the fans with the much-needed Opeth fix, while we wait for the unpredictable next chapter in the band’s career.

“Garden of the Titans” Track-Listing:

Opeth display their maturity and confidence on Garden of the Titans. A band that is satisfied with the new direction they took almost a decade ago, and manages to please the old and new fanbase by bringing blistering versions of their classic repertoire and highlights of their recent output. This is a great souvenir of the Sorceress tour, with the band displaying the confidence of a well-established act, while knowing there’s a lot to look out for in the near future.