The dawn of a new darkness rising.

The 2nd wave of black metal is commonly regarded as a Norwegian phenomenon given the infamy surrounding certain key players in said locale in the early 1990s, but there is a fair case to be made that from a standpoint of musical output that their Swedish neighbors had a slight edge. Recalling the highly consequential early works of Necrophobic and Marduk in helping to establish the scene and injecting a bit more of a death metal vibe into the equation relative to their counterparts in Norway, there were a number of less prolific players that also played a part in showcasing a melodic counterpoint to the mainline sound as showcased in the seminal offerings of Dissection and Unanimated. A somewhat lesser known yet extremely proficient player in this expansive family of blackened cohorts was Stockholm’s Mork Gryning, who would offer an interesting middle ground to the two aforementioned subsets during their first run from 1993 until 2005, culminating in 5 well crafted studio LPs.

Roughly 15 years to the day that this quintet disbanded immediately following their eponymous 5th full length album, apparently due to band leader Goth Gorgon’s declining interest in the style, this almost forgotten part of the 90s black metal explosion has returned with a vengeance, offering up one of the more potent entries heard in the style this year. Aptly titling their 6th studio album “Hinsides Vrede” (translating roughly as “Wrath of the world beyond”), the musical result is an unrelenting barrage of extreme blackness that could inflict a second blindness on those born without eyes. The character of sound perfectly adapts the frenzied, militaristic quality of Marduk’s seminal sound with the same modernized production, melodic hooks and idioms that make the style more accessible to those not looking to relive the ultra-raw 90s sound. Intermitted interludes into serene, atmospheric respites set between what are largely compact auditory assaults even go so far as to give this album a storybook character as well.

While the notion of including ambient and minimalist atmospheric elements into the black metal template is nothing new, there is a decidedly cinematic character to this studio entry under the Mork Gryning name that seems to mirror the one originally featured on their 1995 debut “Tusen Ar Har Gatt,” with the added caveat that the post-production work is naturally far more advanced, resulting in a much more vivid experience. The opening sounds of “The Depths Of Chinnereth” set the tone with a looming sense of dread as the ring of a mighty gong and a few fragments of a chant give way to growing crescendo of sound before exploding into the mighty beast that is “Faltherren”, a blast happy fit of unmitigated madness with occasional hints of melodic consonance behind the storm. The ensuing dichotomy of serene acoustic interlude and ear-shattering metallic intensity that is established on their two opening tracks forms a perfect synchronicity that ends up informing what is to follow. 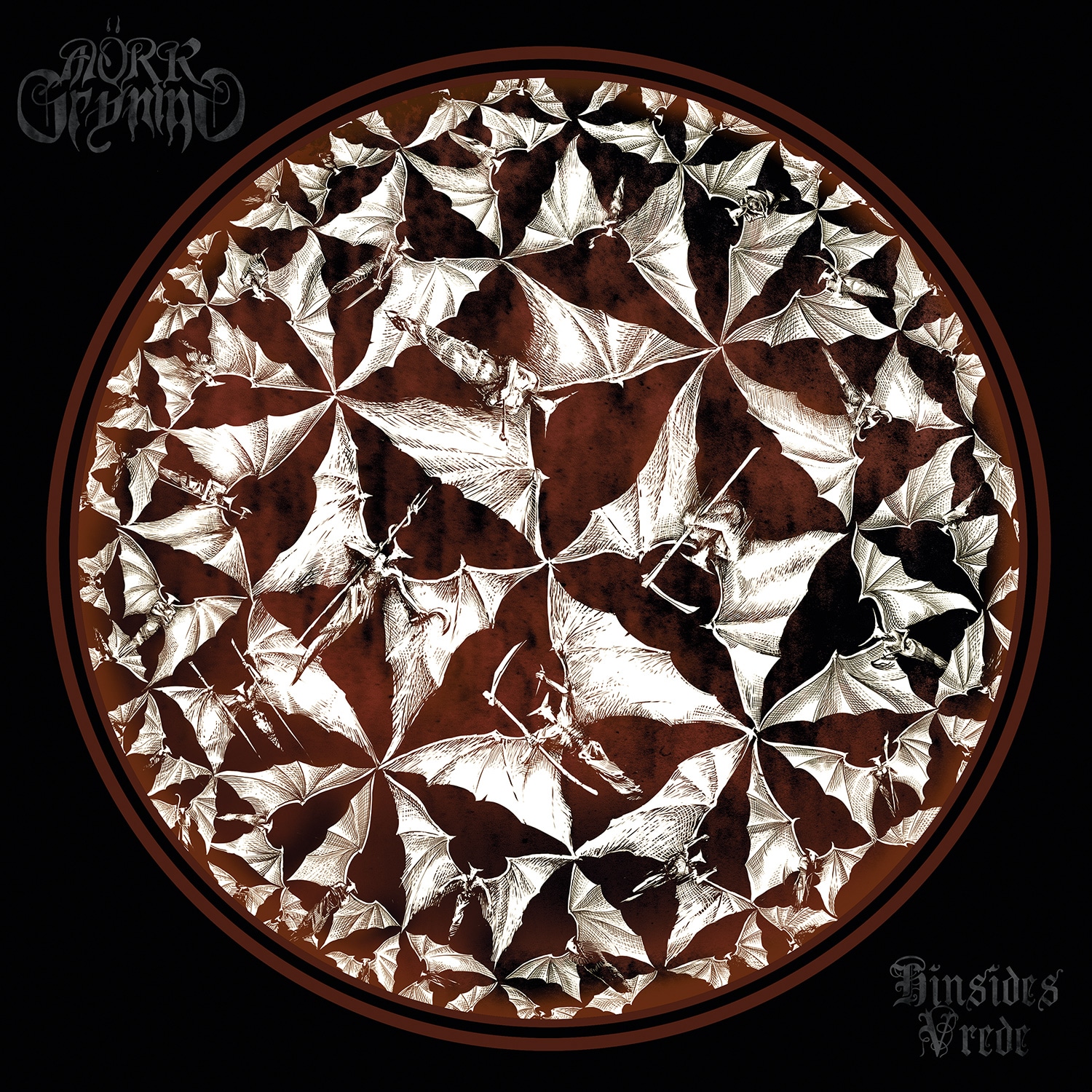 Perhaps the only thing that defines this album more so than its jarring levels of intensity is how consistent it proves to be from beginning to end. The combination of brevity and a brilliant selection of effective, if somewhat fleeting ideas serves to make each song on here highly memorable, which is impressive given the veritable cacophony of notes that is the hyper-thrashing crusher “Existence In A Dream” and its melodic storm of notes rival “The Night”. Generally speaking, the entire first half of this album is an exercise in either one-dimensional spirit bludgeoning or brief retreats into an opposing period of serene balladry. It’s not until the entry of “Sleeping In The Embers” that the velocity slows a bit into something along the lines of a mid-paced offering, and the results end up sounding a fair bit like a slower offering out of Immortal, while the dissonant drive of “Without Crown” has a bit more of an Emperor-like grandeur to it. Surprisingly enough, the most memorable and gripping moment comes right at the end with the Middle Eastern-tinged closer “Black Spirit”, which brings on the melodic trappings like crazy and closes things on a highly epic note.

Though this outfit has been occasionally thought of as a middle of the road band that seemed to shy away from the technical flair of Necrophobic, the sheer brutality of Marduk, and even fully committing to the melodic trappings of several others in favor of a balance of them all, what is heard here is anything but a textbook black metal album. The reality is more along the lines of a best of all three worlds situation, though it should be noting that there are naturally fewer lead guitar gymnastics here relative to many of the more death metal-leaning adherents to the style. For those who have followed this outfit going back to their early days, this runs along fairly similar lines to their debut outing, including it’s generally shorter duration that binds it a bit more to the old days when albums were measured out in order to fit on analog means of playback. It’s an old fashioned endeavor dressed in present day attire, and it rivals the stellar outing that their aforementioned fellow Stockholm residents Necrophobic put forth a couple weeks earlier.

A highly consequential member of the 90s Swedish black metal scene returns after a 15 year period of hibernation to deliver a colossal monument of unrelenting chaos and darkness with a side order of melodic splendor.