The mother of harlots cometh.

It has been widely stipulated that the past two decades have seen the power metal tag is of an all but exclusively European extract, normally attributed to the German and Swedish bands that saw a rise to prominence in the late 90s, and to an extent some more flamboyant successors in the southern part of the continent. Only those who were born prior to 1983 likely have any memory of a time when the sub-genre was not all but universally tied to Helloween, a time when the United States was producing bands of the same caliber as Helstar, Omen and Attacker. It would seem that a revival of the style beyond the recent output of a few members of the old guard is in order, one that builds upon the accomplishments of the past and brings it into the current age. While Mike LePond and Alan Tecchio go back about as far as the prime movers of the original United States Power Metal Wave (USPM), their recently birthed project could be construed as a mighty trumpet blast that could well see a renaissance of the American brand.

Despite Tecchio being a formidable vocal presence that could easily trade blows with Russell Allen and boasts a resume that includes the likes of Watchtower and Seven Witches, Mike LePond’s Silent Assassins is very much the brainchild of the man with his name attached to the moniker, and its 3rd studio LP “Whore Of Babylon” proves a formidable offering. Much of what occurs has an uncanny ability of blurring the lines between thrash, progressive and power metal in a manner highly comparable to the original masterworks of the mid-80s that birthed the American sub-style, yet does so in a manner that is highly modern and cuts right to the core. Obvious nods to the dark and percussive character of recent Symphony X prove to be quite difficult to miss, though the overt technical gymnastics and quirky mixed time signatures have mostly been abandoned for a more hook-driven approach where the assault is more streamlined and the choruses more massive, yet a sense of nuance and intrigue remains.

Wasting no words on overtures or any kind of a prelude of the coming sonic explosion, this album hits the afterburners from its very onset and offers up a brilliant trifecta of raging fury. Between the swift thrashing mayhem of “Dracul Son”, the gallop-happy and punchy “Ides Of March”, and the more technically adventurous yet still heavily energized “Tell Tale Heart”, it becomes pretty clear that this is an album that looks to beat the listener senseless with a flurry of pulsing riffs and inhuman vocal gymnastics as much as it does to pay homage to a number of classic myths and historical moments. Yet in spite of it all, LePond himself routinely steals the show with his auspiciously active bass work, which functions more like a secondary lead guitar and drives the songs as much as it drenches them in ornaments with a brilliantly dark and glassy tone. The hyper-paced thrasher “Ironborn” takes things a step further and gets so utterly enraged that it sounds as much like something off a recent Overkill album as it does a nod to the old U.S. power metal sound. 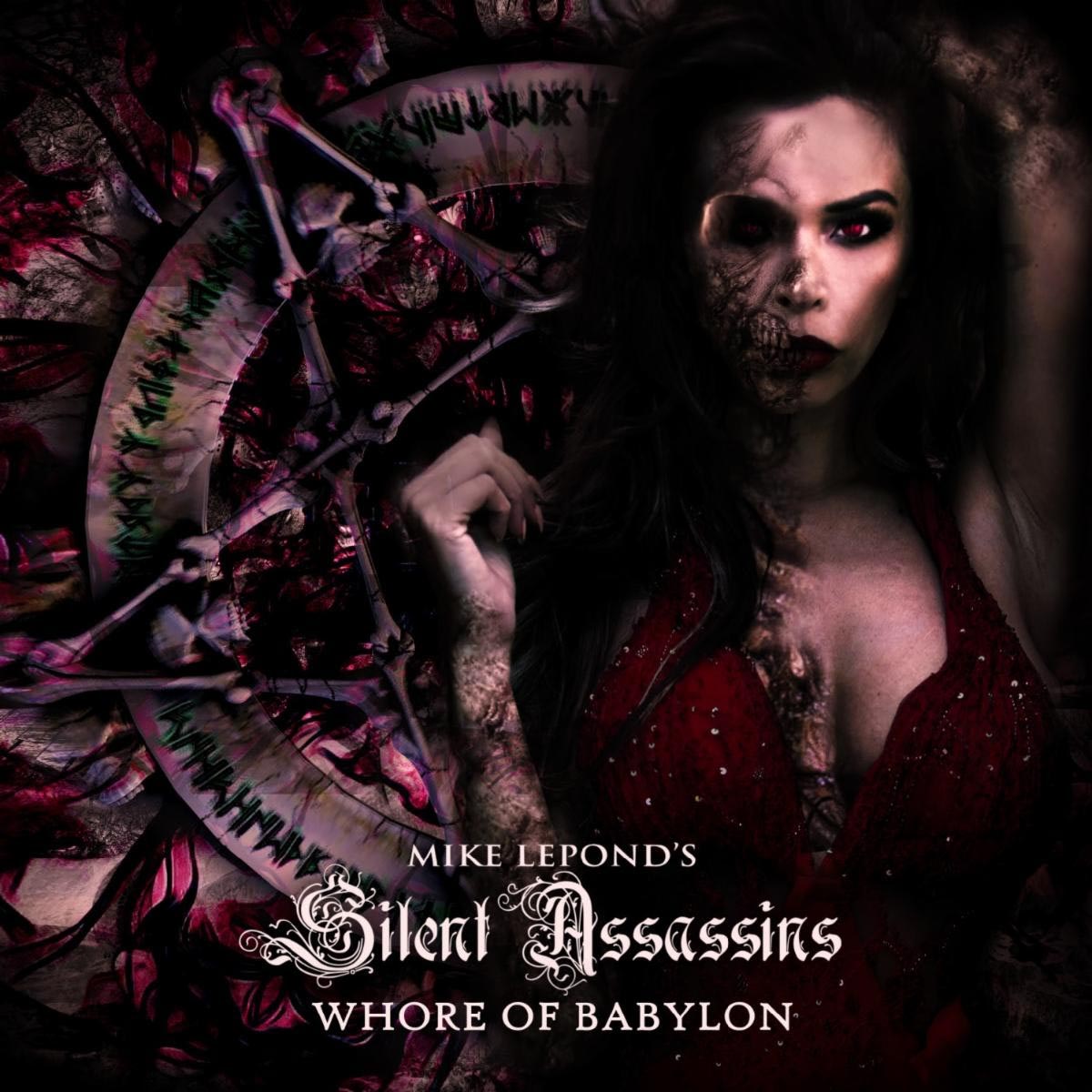 Be this all as it may, this album isn’t quite a full on sonic slaughter from start to finish, as time is made for some softer moments that further illustrates this projects affinity with the golden era of USPM. The mandolin driven medieval metal romp “Night Of The Long Knives”, which features LePond’s longtime band mate Michael Romeo functioning in a guest capacity, is a fairly obvious, albeit modernized nod to the older epic ballads often heard out of Omen and Attacker, adorned with a tad of a European folk metal flavor for added distinctiveness. Likewise, the full on power ballad “Champion” provides a truly serene change of place, not to mention a nod to a younger generation of east coast American metal greatness via a brilliant vocal performance by MindMaze impresario Sarah Teets. Yet the most memorable offering of the whole lot occurs in what can be best described as a darker take on an 80s heavy metal nod to AC/DC in “Power Of Steel”, which has a principle riff that’s a dead-ringer for said band’s 1995 hit “Hard As A Rock”.

Having already made an impressive showing with another newly forged project in DeadRisen, it seems like 2020 may prove to be Mike LePond’s year in the spotlight. It’s not 100% a one-man show as in additional to the aforementioned guest slots and Alan Tecchio’s brilliant vocal display, guitarist Lance Barnewold is no slouch at his instrument and rips out a few impressive solos that are not quite on the same level of technical wizardry as Romeo or Petrucci, but definitely a fair bit fancier than what is typical displayed in a power metal context. It’s sure to play well to fans of Symphony X that are getting a bit restless waiting for a new album, but it’s target audience is something more along the lines of a newer generation of power metal bands on the western side of the Atlantic that don’t get as heavy into progressive territory, but have a mode of musical expression that is a bit more nuanced and deep than the largely speed metal or 80s AOR-infused sounds heard out of Europe. Come for the dark tales and crushing riffs, but stay for the lofty choruses and virtuoso displays

Despite his long association with the progressive metal sub-genre, Mike LePond has never let nuance get in the way of pummeling the ear drums of the masses, and his youthful side venture has offered up a mighty, gauntlet-adorned fist to the skull of an album for its third studio installment