Imagine, if you will, the doomed maiden voyage of Titanic, moments after being mortally wounded by an iceberg in the night. Suppose then, that there are two demigods stowing away in the lowermost berths in the passenger decks. Realizing what has become of the vessel, the two Herculean men spring into action, and grasp the sheared superstructure as it attempts to tear itself asunder in a howling shriek of iron and steel. Women and children see what is happening, and as the two men shout alarms and fight against dislocated joints, the passengers have adequate time to flee to lifeboats and eventual safety. Ultimately the vessel is lost, along with one of the two demigods, but not before a feat of greatness has been delivered unto we of mortal kind.

That doomed vessel is actually the career of Yngwie Malmsteen, and the two Herculean titans are vocalist Mats Leven and the late great Cozy Powell. “Facing the Animal” is very arguably the last great album of the Swedish Maestro of scalloped fingerboards. Cozy Powell, of Rainbow, Whitesnake, modified ELP fame, as well as his own very cool solo material, requires no introduction. For a full hour, Cozy beat the hell out of his kit, most particularly the ride cymbal, in a way which just gave the album power like no other record before or since. Mats Leven, who is to modern Swedish rock and metal like the old Wrecking Crew was to 1960s chart-toppers, breathed and screamed fire into what could have been just another YJM album at the tail end of the later Goran Edman / Michael Vescera era.

As mentioned, Mats has delivered his signature vocals for a number of bands and projects ranging from melodic Treat to the power-metal shred of Firewind as well as Gus G’s solo material. If you have not had opportunity to see Mats sing live for Firewind, it is truly something to be seen, as his energy and Gus just feed each other like some sort of heavy metal witchcraft-powered turbocharger. 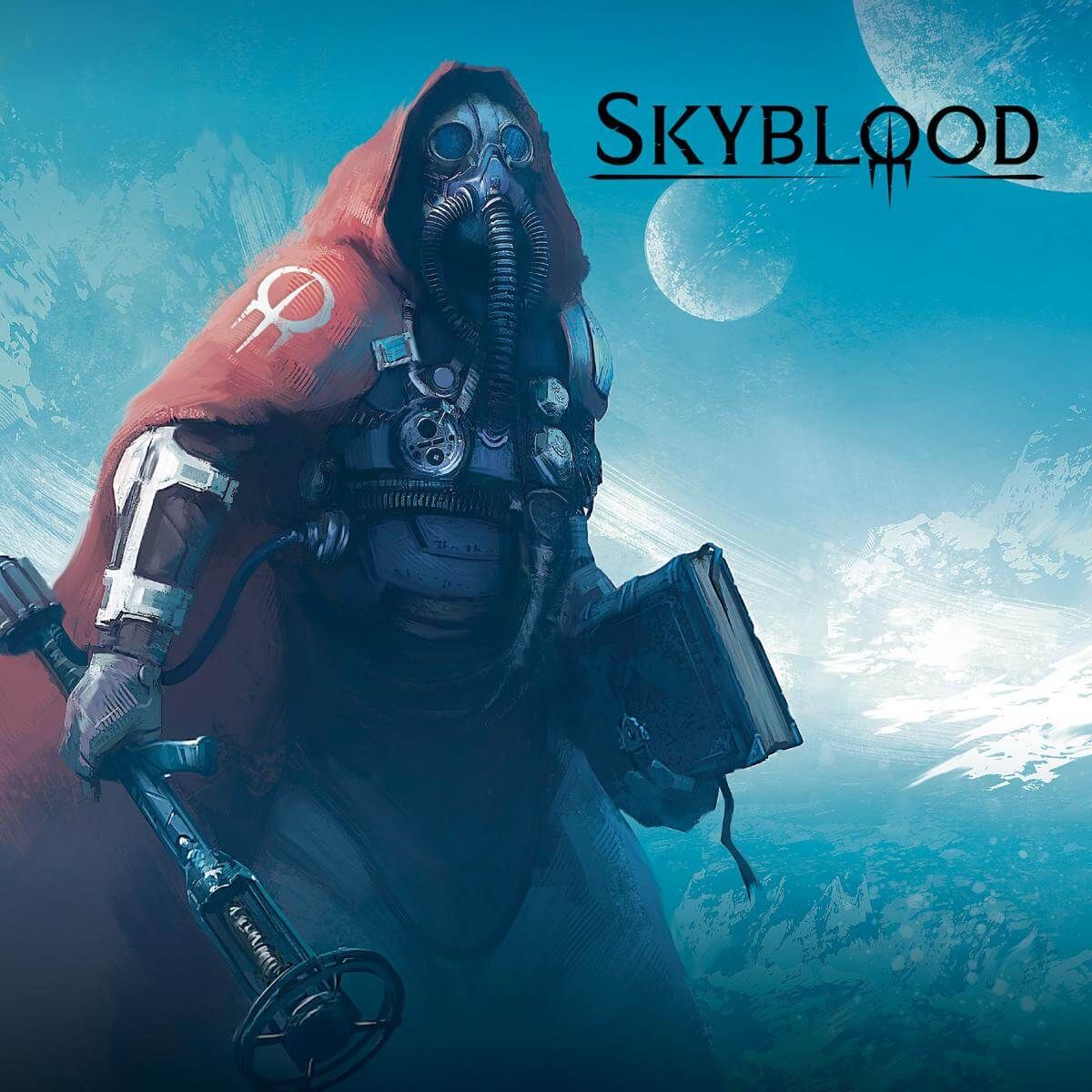 For a number of years, Mats Leven has been bitten with the solo act bug, and has retreated into his home studio when possible to compose, arrange, and perform what is one of the more unique sounding releases of the year, entitled “Skyblood.” According to his press release, he performs the majority of the instrumentation, as well as all of the vocal heavy lifting, which is extremely impressive. Once Sonic Perspectives is able to ascertain from the label who some of the guest musicians are, we will certainly provide that update.

From the opening track, “Skyblood Manifesto,” and its symphonic synth arrangements, it is clear this is not your dad’s Molly Hatchet rock’n’roll. From the keyboards to the exotic percussion, and the worldly influences, this is a well-considered mature product of wisdom and maturity. At times, it skirts dangerously close to some absolutely (gasp) prog-rock sensibilities. One of the noteworthy aspects of this record is that Mats Leven does not just stay in default “Mats Mode” for the entire record. There are actually many areas where Mats operates in a dark brooding timbre like a bitter phantom living beneath this particular opera. Picture Geoff Tate at the beginning minutes of “Suite Sister Mary,” or some of Ripper Owens’ delivery on “Glorious Burden.” While there may not be seven different Axl Rose to hear in this case, Mats does an adequate job varying his attacks to where when classic Mats comes to the microphone, we know he means serious business. From the dark and foreboding nature of “Once Invisible” to the strangely addictive beats and drive of “For or Against,” the album has a little bit of everything, at least within its own parameters. It may be worth noting this is one that may need a few listens to properly grow on the listener. Once your melodic memory starts to remember and anticipate the lyrics, hooks and riffs, it becomes a very listenable body of work.

It is unfortunate Skyblood has not received more press or fanfare, because it deserves to be heard. The power, prog and melodic metal scenes are starved to their very root systems for the reinvigorating waters of variety and newness, and Skyblood is shaping up to be the Brawndo these plants crave, electrolytes and all. Very seldom does this album seem to be doing what the listener might expect. It marches to its own drummer, and we can only raise a celebratory glass to that. The album just hit the streets this last week, and you can even score a signed copy from Mats here. We highly recommend it.

According to vocalist and multi-instrumentalist Mats Leven, his Skyblood project is “who I am. This is Skyblood. Skyblood equals pride, empathy and rage." Who can argue with that philosophical foodtruck fusion? All we know is Skyblood may be 2019’s dark horse of Euro prog metal and power metal. Underestimate this album at your own peril. It is unapologetically unique, and is not to be missed