There are few challenges like coming out with a debut solo album when your day job is widely known and much loved. There’s really no right answer. If the artist stays too close to their 9-to-5 band, they’re criticized for playing it too safe. If the artist goes off the deep end, then they’re likewise criticized for being too experimental or overly self-indulgent. And if they go down the middle between those too extremes, then they’re also accused of producing an inconsistent album! The answer lies in the ears and mind of the listener, who is hopefully adventurous enough to appreciate new content from a musician they love.

Well, here we are with the debut solo album from Lamb of God guitarist Mark Morton, Anesthetic. And after a few weeks spent spinning this album, as a lover of metal and prog-rock and music that pushes boundaries, this reviewer is happy to report it falls into the final category described above: down the middle between the extremes. There are surely songs on here to alienate at least some listeners of any genre. Some might say that too many of the songs veer too close to Lamb of God, and they’d be right, but that’s not a bad thing. Others might say some of these songs are from way out of left field, unpredictable, and if the listener is used to drinking Coca-Cola and suddenly given grape soda by the artist, a bit jarring. But that’s what makes the album a great experience.

Before we go any further in our description of the album, let’s first discuss the personnel. It’s really cool that Morton assembled an Avengers team of reliable rock and metal royalty: Lamb of God band-mate Randy Blythe singing in tandem with Arch Enemy and former The Agonist lead vocalist Alissa White-Gluz in a metal duet the likes of which haven’t been heard since Maria Brink and Adrian Patrick tore it up on In This Moment’s “The Promise” back in 2010; then there are Josh Todd (Buckcherry) sounding as good as he did on Time Bomb back in 2001, and Myles Kennedy (Alter Bridge / Slash featuring Myles Kennedy and the Conspirators) on songs that were perfectly tailored to their styles and delivery. Other heavy hitters of the rock and metal world who make appearances include Jacoby Shaddix (Papa Roach), Chuck Billy (Testament / Metal Allegiance), Mike Inez (Alice in Chains / formerly Ozzy Osbourne), Ray Luzier (KoЯn / KXM), David Ellefson (Megadeth / Altitudes & Attitude), and so many more that we’ll exceed our word count if I keep listing them. Scroll down to see more detailed credits. But possibly most noteworthy, and heartbreakingly so, and in your face from the very start, is recently-deceased frontman of Linkin Park, Chester Bennington. And he sounds absolutely amazing on the very first song of the album. He sounds so good, in fact, that even if the listener never dogpiled on him like half the world seemed to, for whatever unfathomable reason, one can’t help but feel a little guilty that he is now gone and this is likely his swan song. Here he showcases why he is the vocalist that legions of local bands’ vocalists emulated for an entire decade or more, and why no one has sounded exactly like him, why Linkin Park, love ’em or hate ’em, deserved to be the huge platinum selling band they became, and why this reviewer has always had a soft spot for the song (and video!) “Breaking The Habit.” 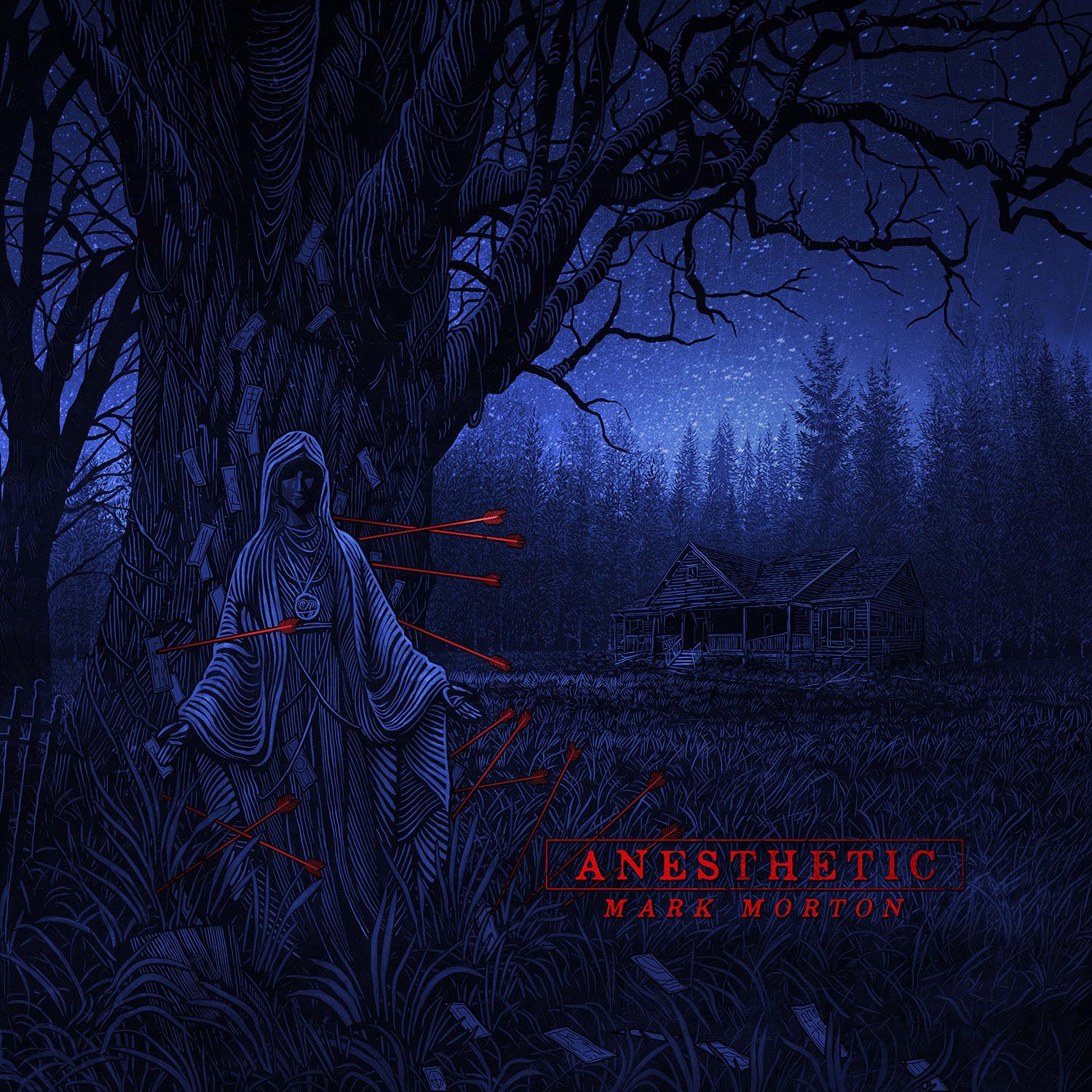 Aside from the who’s who of rock and roll and heavy metal (insert joke about Mark Morton‘s Rolodex here), it’s also the more unexpected contributions that make the most impact, as well. Naeemah Maddox, a multi-instrumentalist singer/songwriter/guitarist out of the Philadelphia area, completely takes the listener by surprise on one of the later songs on the album, “Reveal,” and is so good, she practically begs the listener to go check out her solo work on her Bandcamp page without actually doing so. Less open-minded or adventurous listeners will likely not understand the song, but if they actually listen with open ears, they might find something to truly love here. And then there’s former Black Crowes drummer Steve Gorman, who, when contacted by Morton to play on the album, asked him, “Are you sure I’m the guy you’re thinking of?” And Gorman, admittedly, had not heard of Lamb of God, but upon realizing Morton is “a metal guy,” that he’s probably trying to do something different. And yet, with all of the diverse players from various backgrounds and musical approaches, the whole thing works tremendously well.

While Mark Morton is of course the leader of the entire project and omnipresent throughout (even taking lead vocal duties on the penultimate song “Imaginary Days”) the entire effort was more collaborative than one might expect on a solo album, coming to the various singers with songs mostly complete, but allowing them to add their own flourishes and lyrics as much as they’d like, and striking a balance of organic record production and getting to know each other better, just having fun.

Morton references Dave Grohl‘s Probot project and Slash‘s first solo album (featuring everyone from Ozzy and Lemmy to Fergie in what might be that album’s best song) as similar projects in the spirit of what he looked to accomplish with Anesthetic. It also reminds this reviewer of Tony Iommi‘s 2000 solo album, where the Peter Steele song felt like a lost Type O Negative song, or the same with the Billy Idol album closer… which is a dangerous approach when handled poorly, but is a heck of a lot of fun for fans and listeners when done well. And that’s what we have with Mark Morton‘s first solo album. A lot of disparate styles all executed well enough that they come together to create a complete album experience when sequenced well. And it really is a heck of a lot of fun, for adventurous fans of music, not overly obsessed with genres and sub-genres.

In the press release, Morton assures Lamb of God fans that his creation of a solo album does not imply any sort of nail in any sort of coffin for his band known and loved around the world. He assures us the band will continue. With that peace of mind, it’s possible to go out and enjoy Anesthetic for what it really is – an expression of love for music, songwriting, and performance, carefully crafted with many friends (both old, new, and no longer with us) to serve as a record of where Mark Morton was at that point in his life and career.

There might not be any instant Lamb of God classic like "Laid to Rest" on this album, but there are several tracks that would fit in nicely with any one of their albums, and a lot of other great tracks that dabble in rock, southern rock, fusion-y pop funk, hard rock, metal, thrash, and guttural growls that it all gloriously comes together to please the adventurous listener. Again, if not handled so well and delicately, the entire project would fall flat on its face, but as it is, one can only hope this is not a one-time-only project for Morton. It's likely to bring in new listeners while still pleasing those who have been with him for decades.