In life, there are some things which are simply great, without any bells or whistles. A friendly dog. A big foldable greasy slice of New York pizza. A well-tuned motorcycle. A Les Paul with low action and high-gain humbuckers. Much like that high-output Gibson, Manimal’s new album Purgatorio is just something you pick up, and it is good. Conceivably a recording engineer like Jakob Herrman (Anthrax, Europe, Machine Head, Evergrey) spent a day and a half agonizing over making the ride cymbal sound exactly right, and may not appreciate Purgatorio being described as bereft of bells and whistles. However, no offense is intended. Quite the opposite, in fact. Oftentimes, the objects of beautiful simplicity are colossal undertakings, invisible to the beholder.

Fronted by vocalist Samuel Nyman, the band’s muscle comes in the form of three pieces: Henrik Stenroos on guitars, Kenny Boufadene on bass, and Andre Holmqvist on drums. It is worth noting that aforementioned recording heavyweight Jakob Hermman was responsible for drums, but the album production was a project of many hands; in fact, bassist Kenny Boufadene mixed the album and produced the videos. Vocalist Nyman and drummer Holmqvist co-wrote the album’s lyrics, and the album was mastered at Fascination Street Studios by Tony Lindgren. In spite of all these cooks in the kitchen, what is surprised is that this album never feels overproduced; it always feels raw without seeming rough. Imagine watching Texas BBQ being smoked on the Food Network in high definition. Sizzling, smoking hot, in all its beautiful glory. That is Purgatorio.

Manimal carries the combination blessing/curse that comes with being associated with the world of Judas Priest-like acts. Granted, one could argue that it hurts the band to have a singer with Halford/Ripper delivery, and guitars with every bit of snarling overdriven Marshall tube grit one would find on any Priest record. Conversely, acknowledging that it is increasingly impossible to do anything truly new in metal, there are worse recipes in the cookbook than a Judas Priest album with a supercharger and a shot of nitrous. This is not like Kingdom Come, leaving the radio public at large wondering if some reanimated zombie Zeppelin is ambling across the landscape shaking its hips like Robert Plant. This is more like the NEW New Wave of British Heavy Metal, and we should welcome it with open arms.

To that end, the album is so solid, it does not require a deep-dive into the Good, the Bad, and the Ugly of its individual track offerings. It is a head-banging romp all the way from “Gentlemen Start Your Engines” to the checkered flag. The first track is solid, and yet, it belies the horsepower hiding under the hood of this sleeping monster. Insofar as the first track is an appetizer, the second track, titular “Purgatorio” brings the meat like a waiter in a Brazilian steakhouse. Great tempo, lots of energy, nice melody, and a soaring chorus. The bridge features some serious Ripper-like vocals, and in a good way, before the song breaks down into a mean blistering guitar solo. It kicks all the correct asses. 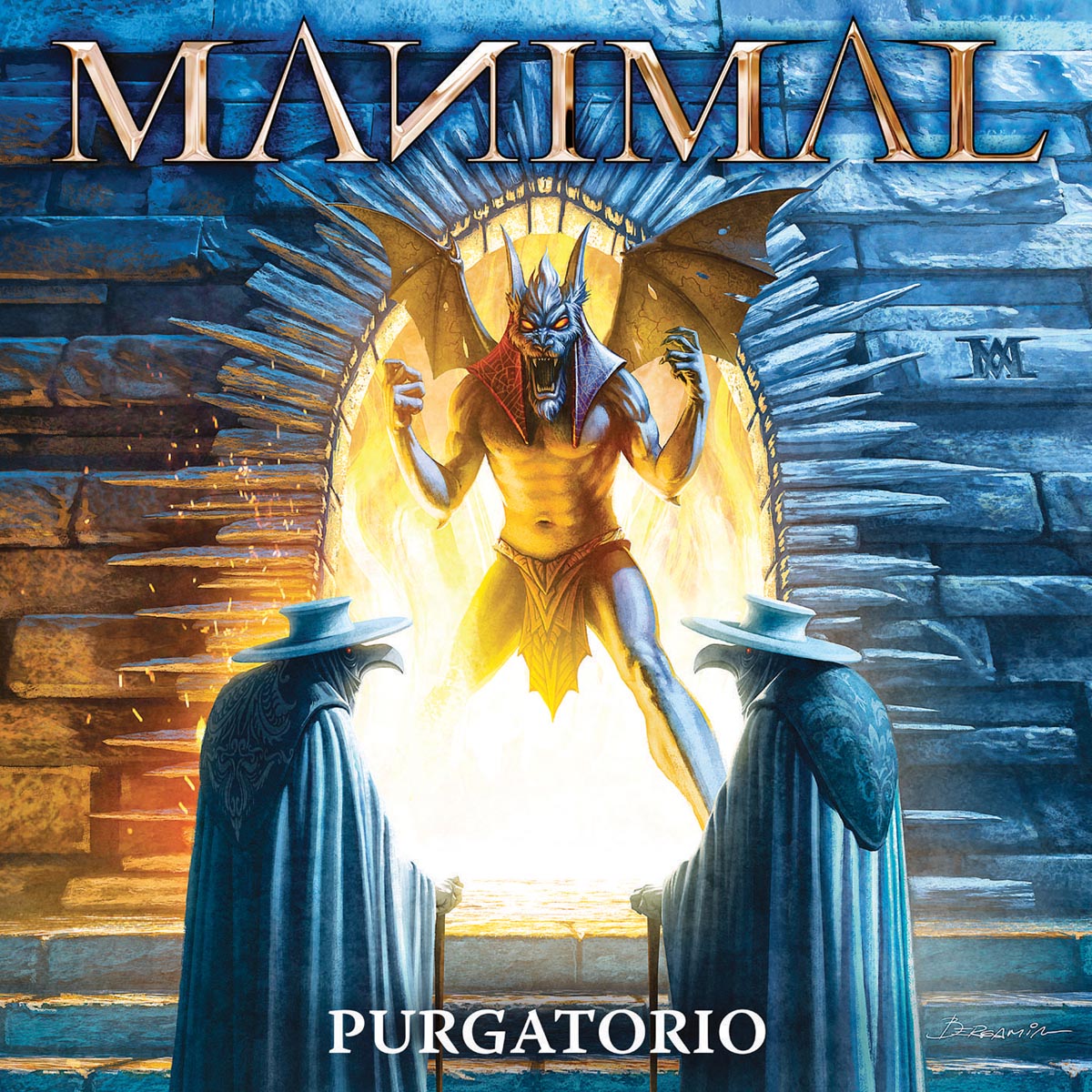 The track “Manimalized” is properly big and mean for a song describing not the album but the band itself. It is a big responsibility, when one considers it. We can only be grateful there was never a song entitled “Dream Theater,” if only to save us from a three-minute Portnoy drum roll and gong at the end of thirty minutes of preceding insanity. Getting back to Purgatorio the award for best riffing goes to the song “Spreading the Dread.” It is not even a contest. This song is so heavy and menacing, and the screaming vocals just make the whole thing an evil treat in your Trick-or-Treat bag.

The remainder of the album is a good time all the way to the final offering, “The Fear Within.” As a whole, the album delivers The Heavy faithfully, without pause or failure. Whereas some albums are a study in ups and downs, this album just takes off like an F-16, and like the aircraft, only accelerates as it climbs vertically. When reviewing an album, if there is nothing to critique, it is an unnerving sensation, like falling asleep at the wheel. However, in this case, once one realizes there is nothing bad, it is quite liberating. Let go of the controls, Luke. Let Manimal take over.

Purgatorio hits the streets today. Check it out here.

At Sonic Perspectives we try not to hand out high marks like candy. Make no mistake, “Purgatorio” by Manimal has earned its place with an honest day of hard work and amazing songwriting talent. This band is a worthy successor to NWOBHM, and it is hard to imagine a metalhead who would not appreciate this newest album. The riffs are big and mean, the drums are colossal, the bass pounds, and the vocals are just plain evil. The songwriting is rock-solid, and the melodies make sense. Its Kung Fu is good.