Twenty years into their career finds Magenta returning to their roots. Not that they’ve ever strayed that far beyond prog’s traditional borders to begin with…mastermind Rob Reed has plenty of other projects to satisfy that itch (see Chimpan A’s latest “The Empathy Machine” or Kiama for a taster). However, after having played with some different colors over the years including 2017’s fine “We Are Legend” which included some more elements of electronics, Reed decided that it was time for a return-to-form album and dive into everything that makes classic progressive rock so compelling. In other words, going back to the spirit of their debut “Revolutions” or acclaimed follow-up “Seven”.

The musical approach isn’t the only old-school element to the album: the lyrical content revolves around the stars of classic horror films of the early-to-mid-20th Century. Apparently this is a shared love of the Reed brothers: Rob and brother Steve who writes all of the lyrics and shapes the thematic approach. While images of vampires and haunted mansions might jump to mind as likely lyrical content, the only ghosts present are those which haunt the real-life actors’ minds (as opposed to their reel-life). Each piece is an exploration of the arc of the actor’s career, which is often fraught with longing, disillusion or even tragedy. While horror movies might be the one element that ties these historical figures together, the tales that are sung could be relating to most any profession. Aside from a crack of thunder at the end of Lon Chaney Jr.’s story, there’s hardly a tell-tale sign of the genre at hand: no wolf-man howling, no witch cackling, no screams of agony. Just terrifyingly delicious… prog.

The core of Magenta has always been the formidable trio of Reed – who writes the music and covers guitars, backing vocals and all keyboards – celebrated vocalist Christina Booth and nimble guitarist Chris Fry whose chameleon skills can take on Howe/Hackett/Latimer/Gilmour without blinking. It only takes opening track “Bela” to establish that Dan Nelson’s active bass playing and Jiffy Griffiths’ solid drumming are more than up to the task of matching the skill of the founding trio. This rhythm section is a delight throughout the recording, adding to the melodic cadence of the material. This opening track, with a symphonic violin entrance that captures the essence of Legosi’s face in candlelight, is a strong mini-epic that finds Magenta at home in their power, making their compositional and musical skills appear deceptively easy. Booth gets to sing Legosi’s biography over-top fantastic Fry solos and Reed symphonic layering.  What’s not to love? Still, with the closing words of “The end”, the piece finishes with such a satisfying conclusion that it might have made a better album closer than opener. 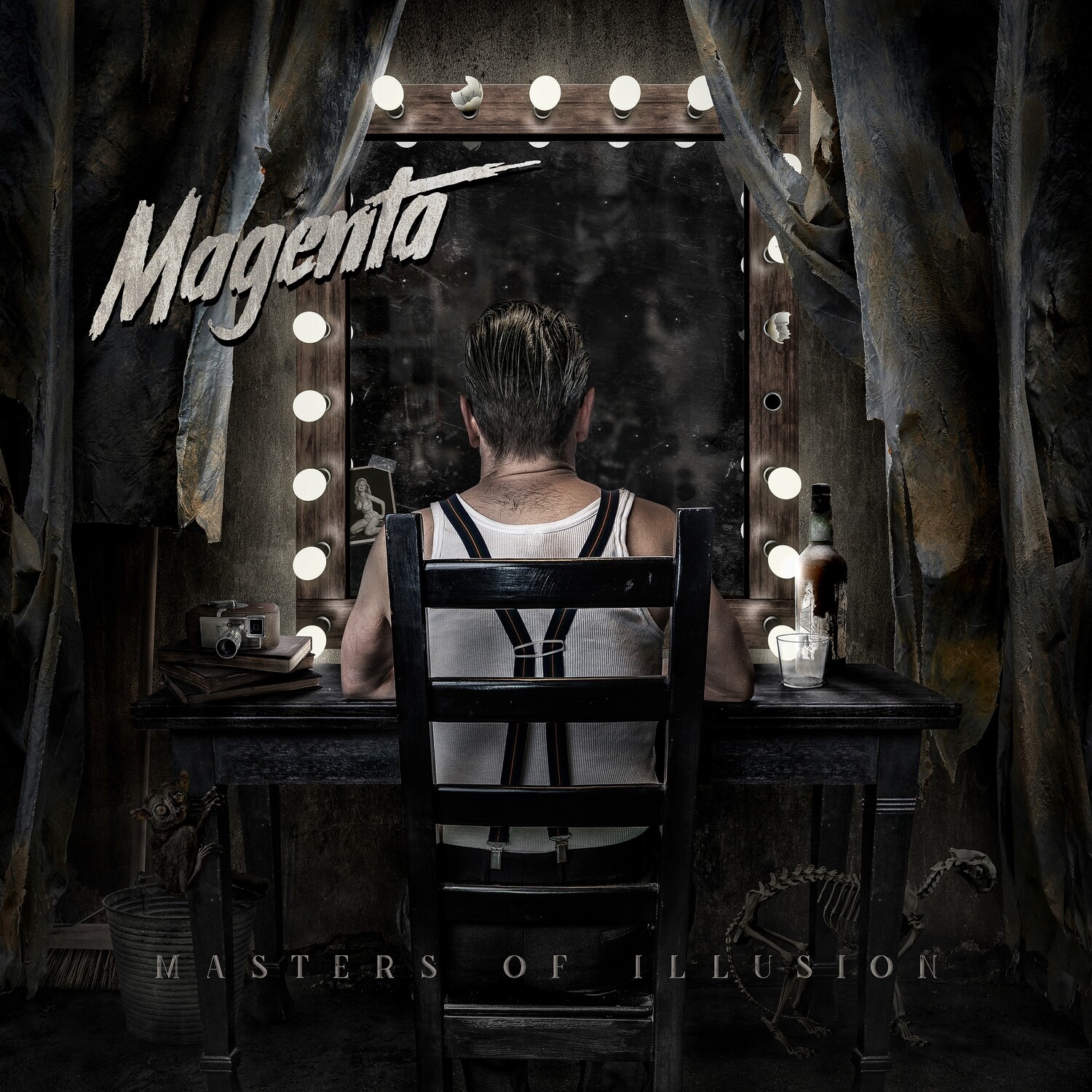 One of the clear highlights of the album, “A Gift from God” revolves around Christopher Lee’s longing to be known as more than an actor…but rather as an opera singer. Fittingly, it is Booth’s best performance on this recording, her voice beautifully intertwining with the opening harp strings and oboe. The vocal melodies are exquisite and get a further boost from John Mitchell on harmony vocals. This pastoral vibe gets a little Trick-of-the-Tail-heavy later on, but who are we to complain? Chris Fry wraps things up with another slow bending solo that captures the heart and the gut. “Reach for the Moon” serves up another mini-epic length track, chronicling the father-son struggle between the Chaney’s and the feeling of living in the shadow of the elder. Pete Jones’ saxophone makes a satisfying guest appearance here, echoing some of the great sax ballad moments of the 70s. This track takes a few more repeat plays to really land but once it does, the relentless number of melodic themes revealed are quite impressive. “Snow” offers a welcome brief respite from prog grandeur with more playful piano and vocal work, not to mention the spritely bass & percussion attitude and nice Lifeson-style guitar leads from Fry in the first half.

“The Rose” is another beauty, the oboe and 12-string guitar intro immediately giving an idea of what the listener is in for. Booth once again shines and Jones makes another sax appearance, this time dueling with Reed’s synth attacks. The chorus is the real highlight here, complimented at the end by Nightwish’s Troy Donockley’s Uilleean Pipes. It would have been nice for that sonic tone to be included more throughout the piece too, so beautiful is Donockley’s cameo. The peak of the album comes with the 16-minute title track as “Masters of Illusion” appropriately revolves around the legendary Vincent Price. The first two minutes evocatively build the emotion with epic scale, it’s one of Magenta’s most sweeping moments filled with potential. But it rushes into the full ensemble arrangement too soon with the percussion, bass and a classic synth arpeggio pattern. Ironically, this lengthy piece would have done better to take its time and offer more space to build the intensity through an even longer approach. The same could be said for opener “Bela”. Nevertheless, it’s a sprawling track that captures the essence of classic-prog Magenta. More than any other song herein, this piece would feel at home on their debut album. When Booth hits her wailing high note at the 11-minute mark and Fry enters with a guitar-hero solo, all is right in the world.

All in all, Magenta is a band not nearly well-known enough considering their impressive 20-year history. “Masters of Illusion” offers a satisfying dip back to their initial impulses when they began two decades ago. Reed takes care that a wealth of strong melodic ideas steers the band’s course, and his command of the engineering and production ensures that the end result sounds pristine. It’s a relief that music like this is being released at this point in 2020’s unraveling, we surely need it.

Having recently celebrated their 20th anniversary, Magenta continues to create highly-energizing musical journeys in a “classic prog” atmosphere. While there isn’t much that is groundbreaking on this recording, the impressive talent in the band delivers a dizzying array of melodic ideas and dexterous arrangements that are bound to satisfy the faithful. They embrace their traditional prog origins more fully than they have in quite awhile and it’s a delightful journey into the world of these “Masters of Illusion”