“Feelings are good,” a vocoder-soaked John Mitchell tells us at the beginning of Lonely Robot’s fourth album. The sentiment of this album’s title, and its opening title track, could not have come at a more appropriate time, as in 2020 people all around the world find themselves awash in a sea of myriad feelings, considering everything happening in the world these days. And, as much as 2020 feels like we should get a “do-over” or a mulligan on this entire year so far, as if these past six or seven months were just some cruel joke, somehow time marches ever onward; in the music world, it has suddenly been nearly a year-and-a-half since Lonely Robot‘s most recent album, “Under Stars”. In the world of John Mitchell, one of the most prolific song-crafters in all of progressive music, that might as well be an eternity.

Whereas Mitchell is well known for his involvement in many bands and projects – Arena, Frost*, Kino, It Bites – Lonely Robot might as well be John Mitchell‘s solo project under an assumed name. While the previous album, Under Stars, saw more guest appearance input than we’re used to on a Lonely Robot album, “Feelings Are Good” returns to the tried-and-true collaboration between Mitchell playing, well, nearly everything, and the wonderful Craig Blundell returning on drums. While “Under Stars” completed the so-called “Astronaut Trilogy” of first three Lonely Robot albums, which seemed like it might not have been intended to become a complete trilogy upon its beginnings with 2015’s “Please Come Home,” it’s rather refreshing to see where Mitchell takes the project now that he has said everything he wanted to say with his original overarching concept. He takes it in the best, and most intuitive, direction possible, conceptually speaking. Whereas “Please Come Home,” “The Big Dream,” and “Under Stars” are as exploratory of other worlds as one would expect (waving to RanestRane and the Stanley Kubrick monoliths as they fly by among the stars,) “Feelings Are Good” brings the subject matter much closer and more personal to Mitchell and the listener, as the title might suggest.

That said, while the subject matter is more personal than its predecessors, all four albums provide commentary, introspection, and questioning of our place in the world and in the universe, in their own different ways. It’s also fair to say “Feelings Are Good”, musically speaking, might be a little too close to Mitchell‘s other recent non-Arena output with the album “Under Stars”, and with Kino‘s 2018 album “Radio Voltaire”. When I was able to sit down with John Mitchell in April 2019 to interview him about Under Stars, he conveyed to me how making music is really, quite simply, what he is best at. He works at it like you or I work at our day-to-day jobs, and he is exceptionally good at it. Give this man a raise. But, honestly, when you look at the album credits and see Mitchell does everything aside from playing drums, even down to mixing and mastering, not only is that quite impressive for anyone, considering the quality of his output, but at this stage, one can’t help but wonder if an outside co-producer might not be a bad idea. We absolutely adore John Mitchell‘s music here at Sonic Perspectives – it’s damn near alchemical, what he does – his recent albums mentioned above blur the lines between each other just a bit too dangerously, along with It Bites‘ most recent album “Map of The Past.” They’re all very good, but as some of us in the progressive music world might reluctantly criticize Neal Morse or Dream Theater (as just two examples of many others out there) as becoming a bit too homogeneous, one can’t help but worry Mitchell‘s work is at risk of going that same direction. 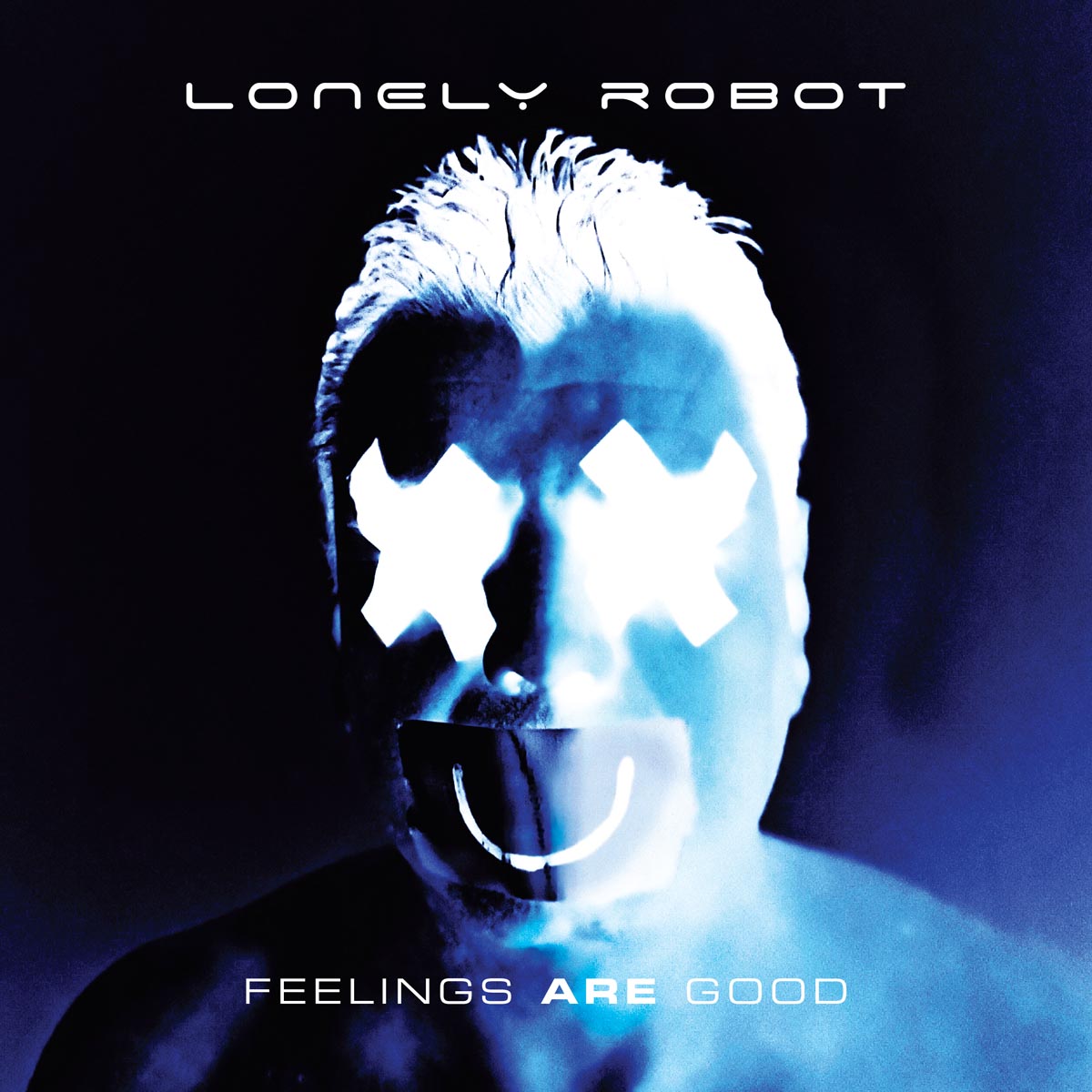 Feelings Are Good” is a nice mix of mid-tempo progressive rock pieces and the occasional lighter rock ballad. That said, for as much as it sounds like I’m being critical of the “same-ness” of the album, everything contained within is quite good. Some of the best songs of Mitchell‘s career might be contained in this record. “Life is a Sine Wave”, and “Suburbia”, are two of the strongest offerings in the entire Lonely Robot discography. “Life is a Sine Wave” contains some of Mitchell‘s trademark fantastic guitar playing (which we get to hear often with Arena, but it only feels like we hear half of Mitchell‘s brilliance, without his lead vocals making appearances in that band,) as well as an infinitely catchy chorus, and just fantastic songwriting all around. Suburbia has amazing vocals from him (I can picture him recording them in Outhouse Studios, pushing his vocals for all he can, giving an incredible performance,) helping push the song to absolute crescendo and climax alongside blistering arpeggio guitar shred bliss.

“Crystalline,” and “The Silent Life”, are two of the strongest ballads in his repertoire that we have ever heard, full of sparse and emotive keyboards, and tender guitar playing, especially with a particularly heartfelt solo and keyboard string half notes for an emotional payoff in “The Silent Life”. Both songs are quite excellent, honestly.

Aside from those four highlights, it’s a lot more of what we know and love from Lonely Robot, with songs like “Spiders” sounding like they could fit in as a rocking single anywhere within John Mitchell‘s output over the past ten years. Considering in my review of Under Stars, just about 15 months ago, we didn’t know the fate of Lonely Robot, the fact that we have ended up with an album equivalent of Mass Effect Andromeda after the completion of the initial Mass Effect video game trilogy is a gift we should not look in the mouth. However, as it was with Mass Effect Andromeda, many might feel like this album is too much of a good thing, or even a sequel for the sake of a sequel. It is a good album, and a welcome addition to the Lonely Robot section of my personal CD shelves, but it can’t help but feel a little unfulfilling without something to really push it further like a vocal duet piece such as “Oubliette”, or something to make this feel like more than a Lonely Robot worldwide pandemic studio album (albeit a very good one).

John Mitchell fans, such as this reviewer, will welcome it into their collection, and it will be a good companion album for the original trilogy, but anyone new to the project’s discography should definitely start at the beginning with “Please Come Home.”

John Mitchell is one of the best at what he does, and Lonely Robot is the perfect outlet for an almost Patreon-like source of top-notch song production coming from this extremely talented and knowledgeable songcrafter, musician, and singer. As I've said before, anything produced at his Outhouse Studios sounds as good as anything in the progressive rock world you could put it up against, anything from a Steven Wilson or a Rich Mouser. Mitchell's studio work sounds that excellent. But as much as we might want to love this album as much as Please Come Home, it feels just a slight bit unfulfilling, and Lonely Robot 5 should probably play things a little less safe after this album. But in the meantime, Feelings Are Good is perfectly deserving of personal music rotation as the world continues to stay at home and either bury or overly embrace its various feelings, both good and bad