Despite the movement’s promise, only one band truly remained after the dust around the New England scene of the early 2000s finally settled. That band was Killswitch Engage, and their survival was not without its casualties; singer Howard Jones was forced to leave the band due to its demanding touring schedule and the havoc it wreaked on his health. While the Killswitch Engage sound had already been forged before Jones‘ tenure with the band began, Jones‘ charisma and delivery were instrumental to the band’s growth and success. To say I was disappointed when he left the band in 2012 would be to undersell his importance to the band.

It’s now been six years since that dark day, and Jones returns with the newly rechristened Light the Torch (formerly Devil You Know) to present the aptly titled Revival. And what a pleasure it is to hear this man’s voice again! Any day I hear Mr Jones’ emotive baritone and his rage-filled scream is a good day, and fortunately for his fans, his current band has retained his former band’s knack for writing songs about relationships that somehow don’t suck. Even better, Light the Torch makes absolutely no effort to mimic what was obviously a winning formula for Killswitch Engage; Revival is nearly entirely devoid of the polyrhythm and twin-guitar harmonies and textures that characterize Killswitch Engage, opting instead for a more focused, direct approach to connecting with the listener.

And this is the root of Revival‘s problem. Perhaps in an effort to reach more listeners, Light the Torch seem to have made a conscious decision to keep their songs short and radio friendly. Perhaps too short and too radio friendly; only two songs breach the four-minute mark. While brevity is certainly not a liability in and of itself, many of these songs – “Raise the Dead” and “Virus” in particular – feel as if they’d only just begun to take shape before they’re abruptly cut short. The aptly named “The Bitter End” straight up ends before it begins. If Light the Torch seeks to release radio rock that actually moves the discriminating listener, they might be advised to follow the Messer example – let the song determine itself – rather than to induce that which still gestates. 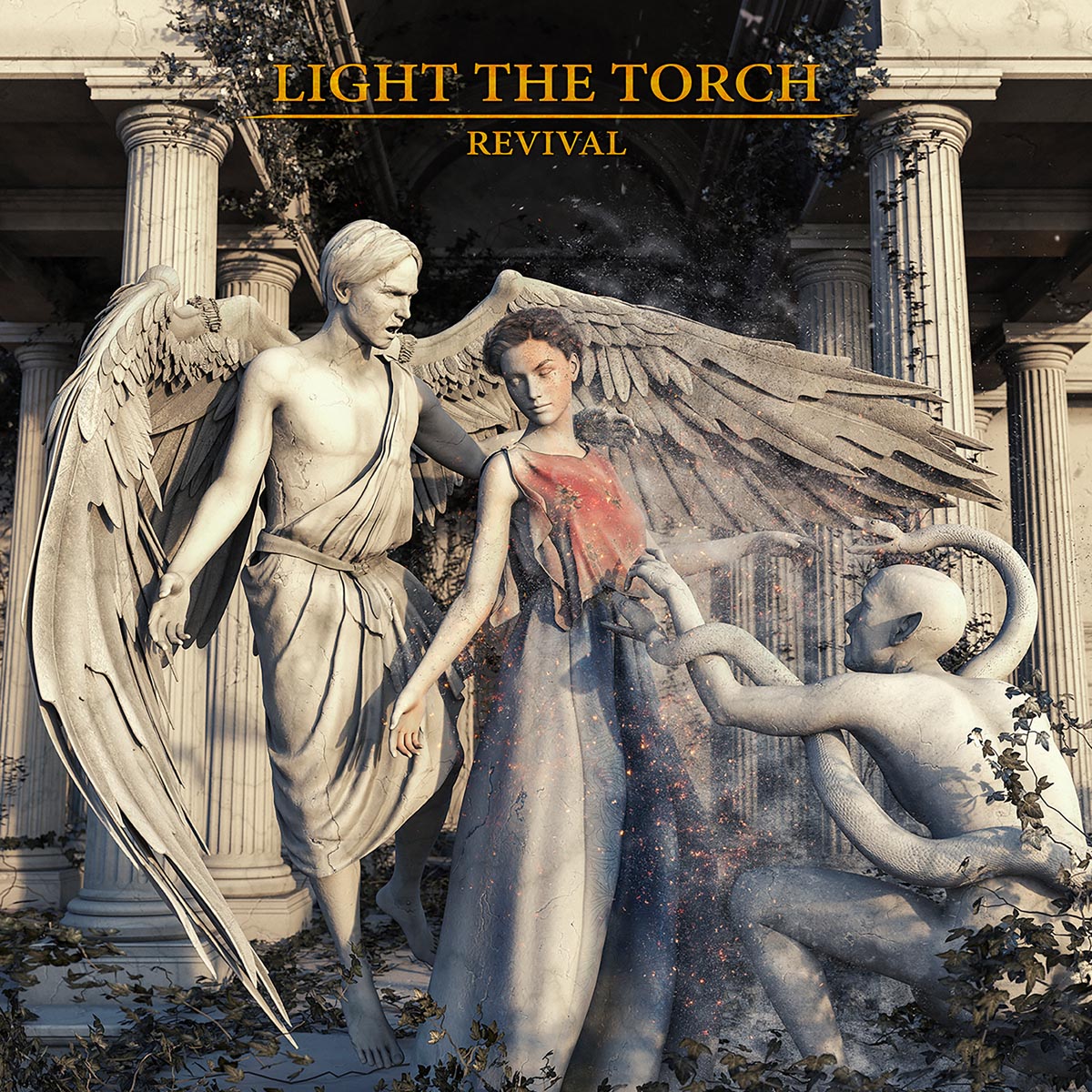 None of this is to say that Light the Torch suck. The riffs are there. The delivery is there. And the vocals are so very much there. Opening track “Die Alone,” for instance, is dope AF and solid in every respect, as is much of the album’s first half. But Light the Torch‘s adopted practice of suffocating the babies that are their songs do them no favors with their audience or with the audience they seek. Ultimately, Revival doesn’t live up to its name. It is merely a collection of promising but mostly incomplete songs that leave the listener feeling incomplete as well, leaving me to lament the band’s unfortunate need to relegate their craft to the NICU of songwriting.

Light the Torch gets an A in their Songwriting 101 midterm for catchy melodies, and a D on their final for releasing a collection that feels like a leisurely race to the finish line much like “Don't Speak” sounds rushed without being a fast song. That leaves the band with a songwriting average of about C+, which speaks to the formulaic approach to song-craft that Light the Torch have not quite mastered. A disappointing effort from a band that clearly has what it takes.