For many music fans, or pop culture in general, 2016 has sort of gone down as the year [a lot of]the music died. David Bowie, Prince, Glenn Frey, Leonard Cohen, Keith Emerson, Greg Lake, Maurice White, Jimmy Bain (more on that later,) and Lemmy at the end of 2015. But for many metal-heads, a huge blow was already dealt in 2010 with not only the death of Type O Negative‘s Peter Steele in April, but then one of the godfathers of metal, Ronnie James Dio left us just barely one month later. And for a couple of names not often heard in water cooler conversations at the office, those of us who might show up to work with a bit of black eyeliner still stuck on from the night before (“Umm, I’m in a band…?”) the one-two punch combination of Steele‘s and Dio‘s deaths are something many of us can still feel nearly a decade later already.

And in the early 2010s, the former band-mates of Dio (the band and the man), Vivian Campbell, Jimmy Bain, and Vinny Appice, came together to jam out of love, respect, and nostalgia for the good old days with everyone’s favorite monster of a singer in a smaller-than-average frame. And the result was… pretty amazing. The musicians (Campbell on guitar, Bain on bass, and Appice on drums) came together as Dio‘s band from the classic days of Holy Diver, Last in Line, and Sacred Heart and from what we’ve heard, the energy and emotion in the room was immediate and nearly tangible. Fast forward to the powerhouse lead vocalist Andrew Freeman being brought on board, and Last in Line was born.

Sure, it would have been easy to follow the path of least resistance and just become a living tribute to the band Dio, and just hang it up after a few European summer festival appearances and maybe a North American club tour the next autumn, but that wasn’t the right way to do this. This wasn’t just meant to be Dio Part II, but rather the beginning of something new while respecting what (and whom) had come before.

Sadly, just as the band’s first album was due for release at the beginning of 2016 (remember, the year that so much music died,) unfortunately, the band which was sort of born out of tragedy was due to suffer another, just before what should have been their greatest triumph. Before Heavy Crown was released in February 2016, Last in Line / Dio / Rainbow bassist Jimmy Bain would die on January 23rd, at the age of 68. A tragic turn of events, to be sure, but if one were to look on the bright side, at least he got to record one more full album with his friends and band-mates before he was off to join Ronnie James Dio on the other end of the Rainbow bridge.

Heavy Crown was immediately accessible to fans old and new, with enough Dio snarl and classic metal groove and swagger to please those who were jump, jump, jumping on tigers since the early Dio days in the ’80s, or even the old school fans of “The Mob Rules”, “Man on The Silver Mountain”, or “Hoochie Koochie Lady.” The album charted well, and the band, having enlisted the help of bassist Phil Soussan (best known for his time in Ozzy Osbourne‘s band with Jake E. Lee and Randy Castillo), continued to play in support of it, despite the heartbreaking loss of Bain. 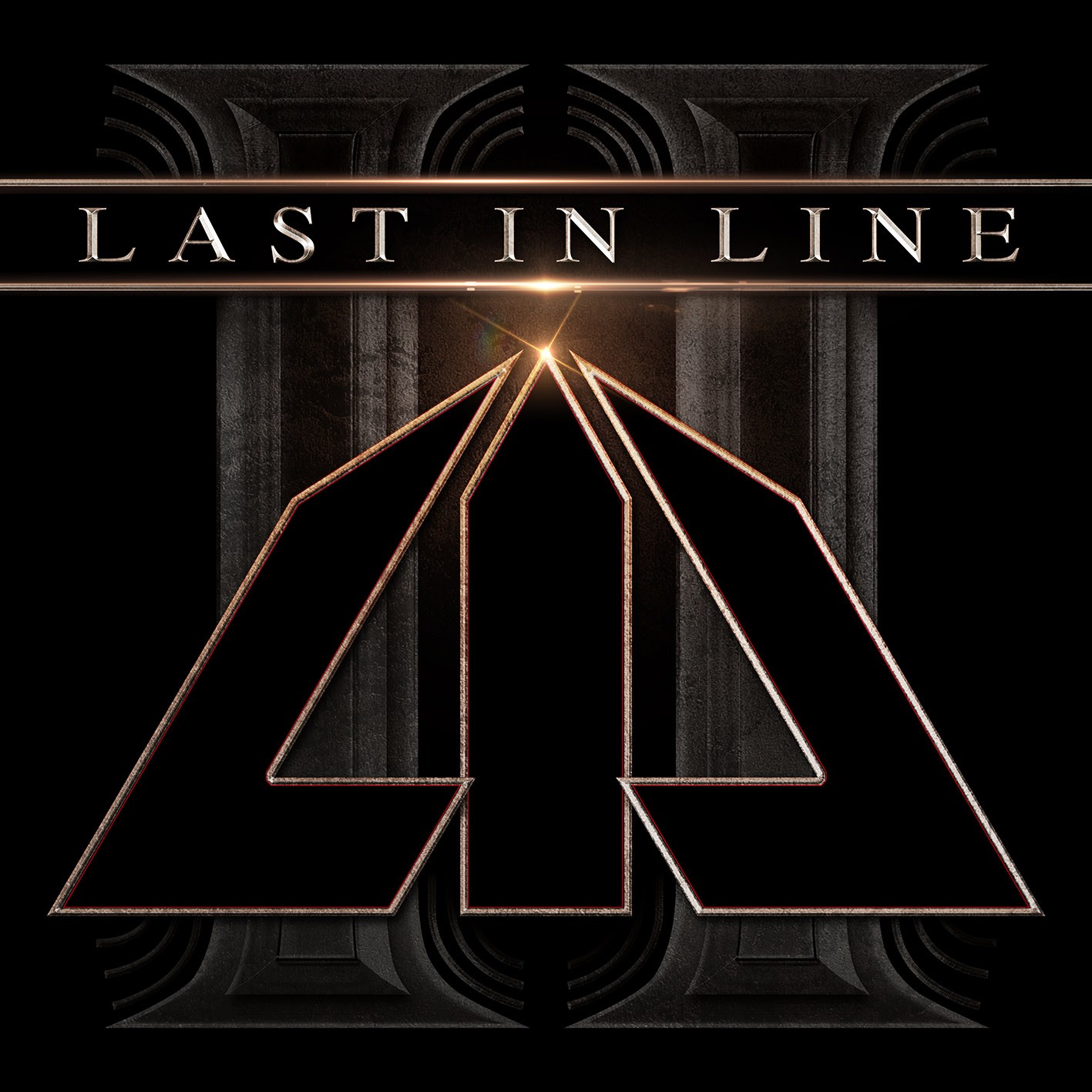 Fast forward again to 2019, and we are treated to the continuing, thriving existence of Last In Line. The core four members are still here, and they are joined once again by bassist / multi-instrumentalist Jeff Pilson (best known as a current member of Foreigner, as well as formerly Dokken, and also a Dio alumnus) as the album’s producer. The album, titled simply II, gives us hope that if the band is beginning to number their albums that the story is still evolving, and the band members are fully committed to Last In Line‘s legacy and creating new music with each album’s release, and that it was not to be a simple one-and-done project.

First off, Andrew Freeman‘s vocals on the album sound amazing. If you are unfamiliar with his voice, the closest comparison for his vocal timbre is Kip Winger post-Winger-reunion, with their albums from IV and onward. The older and more capable, grittier sounding Kip Winger. And that is extremely high praise. And if anyone reading this isn’t familiar with the instrumental prowess of the three instrumentalists in the band, well, it seems like some Dio back-cataloging is in order.

Vinny Appice, from the legendary family of Appice drummers, is as tight as ever. A colossal drummer. He’s never overly flashy or the star of the show, but you just know he’s there. You can feel it when you crank the album. Vivian Campbell, as the lone guitarist on the album, proves again why he succeeded guitarists like Ritchie Blackmore and Tony Iommi in Ronnie James Dio‘s bands nearly 40 years ago. His riffs are crunchy, not overly gain-y, and are a refreshing sound in the era of laptop music to take us back to the glorious days of walls of stacks, and his lead playing (which ultimately fades out the end of the album for us,) is just ferocious. And of course, Phil Soussan (whose bass playing I watched for hours and hours on Ozzy Osbourne‘s The Ultimate Ozzy VHS release as a teenager) is solid in the studio, with great tone, and proves he was the right choice to succeed Jimmy Bain.

There’s not a bad song, from front to back, with instantly singable choruses with classic huge textured harmonized vocals, solid and catchy riffs and hooks, and enough quiet moments and dynamics to keep it from venturing into the pitfalls of being an album of straightforward mid-tempo rockers that many albums in this genre could fall into. While it’s admittedly not the most original fare, that’s not really the point here. Yet at the same time, it’s not just a rehashing of ’80s riffs either. It pays homage to the past, while still feeling forward-thinking enough to exist at the end of the 2010s. The style is reminiscent of Appice‘s former band Kill Devil Hill, or as mentioned earlier, the modern albums from Winger, sounding alternatively heavy and light from moment to moment.

Personal favorites are: the album’s lead single, “Blackout The Sun,” which is relatively upbeat, melodic and daresay dreamy in the verses, but thundrous and heavy in the chorus; “Landslide,” which begins simply enough with staccato delayed guitar but then is joined with deep rumbling bass and drums in a vibe and chord progression not too dissimilar from Ozzy‘s “Shot in The Dark,” only to culminate in an infinitely sing-along-able chorus; “Year of The Gun,” which sounds like it could be a single off of the next album from George Lynch and dUg Pinnick‘s band KXM, with extremely Kip–Winger-esque vocals on the verse; and the album’s epic, if you will, “Sword from The Stone,” which starts with a simple unison groove reminiscent of Black Country Communion, but takes its time and develops into something quite special, ending with the same groove with which it began, lightly layered with piano and harmonized vocalization.

Again, there isn’t a bad song in the bunch. Nothing is anything any serious listener would want to skip (not that a serious listener would commit such a heinous act anyway). The entire thing works together as a cohesive and respectably long album of rock that makes for excellent night driving with windows down (speaking from experience here, thanks to some unseasonably warm February days recently).

The ultimate verdict on Last In Line’s sophomore album is that it is important. In a time when some of the biggest bands in the world (here’s looking at you, Fleetwood Mac) can’t be bothered to create new material because albums don’t sell anymore, one has to respect the gumption of the most classic lineup of Ronnie James Dio‘s collaborators coming together to kick so much ass when it’s almost the uber-futuristic year of 2020. And they sound as good as, if not actually better than, ever. If you love classic metal, classic hard rock, but are tired of hackneyed reunion tours and holograms… if you want new music in the vein of what you’ve always loved… then Last In Line‘s steadily growing discography will surely have you throwing the horns.

Last In Line is a band that seems like heavy metal fan fiction, almost too good to be true. And yet, here they are. The songwriting is tight, catchy, the songs themselves are well produced. The vocals are fantastic and quite possibly the highlight of the album in a band full of musicians from some of the biggest bands to ever exist. And of course, those legendary and worldly musicians are worth the price of admission as well. If you're considering checking out this album, or it's the first time you're checking out Last In Line whatsoever, then please buy it. Don't stream or download it. Fans of classic, old school, beloved music like this... it's time to put your money where your mouth is and show your appreciation for new music in 2019. It's a dying breed, hearing it done this well by the musicians who basically created this style of rock 30 and 40 years ago.