There must be a band out there that holds the record of coming back together after the longest hiatus.  Fans of the classic Genesis lineup would undoubtedly like to be at the top of that list, but let’s not even go there.  The band KINO, a humble super-group / side project that released one album in 2005, only to unexpectedly reunite in 2017 and release a new album in 2018, is surely in the running.

In 2005, KINO was comprised of John Mitchell, John Beck, Pete Trewavas, and Chris Maitland.  Shortly after the band’s debut album, Picture, was released, Maitland departed the band for some steady gigs, and possibly that was the first sign KINO was to be relegated to “project” status for the foreseeable future.  Picture was a quirky album full of variety, but while it might have been a little too disjointed for some, it was certainly charming and is still very listenable today, especially after its 2017 remastered re-release.

Fast forward to 2017, and John Mitchell had become more of a household name, and had found much-deserved recognition with his Lonely Robot solo project since 2015.  After two well-received and critically-acclaimed albums under the Lonely Robot moniker (Please Come Home and The Big Dream), and starting his own independent label, Mitchell began work on a third Lonely Robot album.  The man is nothing if not prolific.  With some gentle suggestion it might be too quick of a turnaround for another Lonely Robot album, the Hail Mary idea was thrown to create a new KINO album. And the world rejoiced. 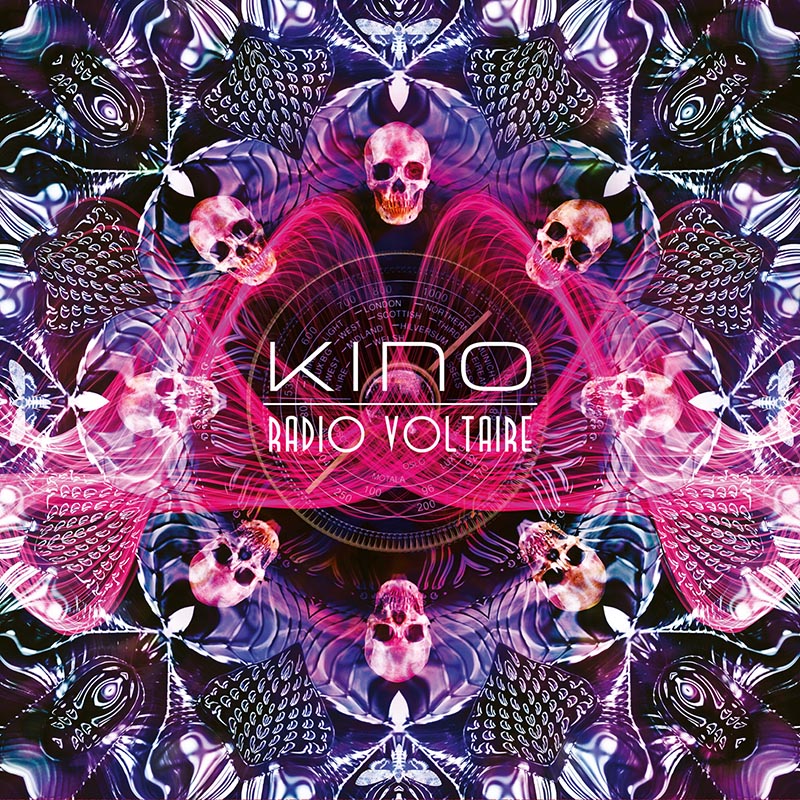 As discussed in my interview with Pete Trewavas, he and John Mitchell had kept in touch over the years.  Mitchell had worked on Trewavas’ Edison’s Children albums, and Lonely Robot had even opened for Trewavas’ day job Marillion at one of their world-famous Marillion Weekends.  And so it was quite natural for the two to rekindle the flames of the band KINO.  However, fans of the band were largely unaware a reunion was coming their way.  This past winter, John Mitchell even solicited fans via Facebook to record spoken word vocals in German for an undisclosed upcoming project of his, and those vocals ended up being the opening of the single “The Dead Club” from this very album.  Many assumed it was another Lonely Robot album, and yet here is the proof of how happily wrong everyone was.  And so, Radio Voltaire.  A new KINO album for the first time in well over a decade.

Everything is not the same as it once was in KINO-land, however.  Chris Maitland never rejoined the band after his departure, leaving drums to be taken over by John Mitchell‘s go-to drummer Craig Blundell, most known lately for his work with Mitchell in Lonely Robot and Frost*, as well as his work with Steven Wilson, with whom he’s currently touring.  Keyboardist John Beck, who had a huge role in the first album, was unable to fully participate in the recording of Radio Voltaire, and was considered more of a guest this time around.  That leaves the majority of the album’s control to John Mitchell (lead vocals, guitars, keyboards,) and Pete Trewavas (bass, vocals, synths).  It might be how much the duo has grown as musicians over time, or how well they’ve come to work together, or that sometimes less is more, but Radio Voltaire is a much more focused and accessible work than its predecessor.

The biggest critique about this album that’s going around is how it sounds too much like Lonely Robot, or John Mitchell‘s other projects like his work with Frost* or Kim Seviour.  For starters, Pete Trewavas‘ contributions balance that out.  Much like listening to King’s X, where you can easily tell when you’re hearing a dUg Pinnick song or a Ty Tabor song, Radio Voltaire is a showcase of Mitchell’s and Trewavas’ writing.  That said, the two still work together as a cohesive unit, and are clearly on the same page throughout the entirety of the work.  Next, John Mitchell‘s production work is of such a high caliber that his modern albums tend to sound similar in terms of overall sound quality, but not necessarily in songwriting.  And lastly, the amount of variety on Radio Voltaire rivals Picture, but where Picture feels disjointed and quirky at times, Radio Voltaire succeeds at giving an entire arc, one cohesive experience. There are rockers (“Radio Voltaire”, “The Dead Club”), there are tender ballads (albeit with darker moments of warning, as in “Keep The Faith”), straight-up pop rockers (“I Don’t Know Why“,) and epics as in the undeniably impressive album closer “The Silent Fighter Pilot”, showcasing some of Mitchell‘s most blistering and emotionally intense lead guitar ever recorded. 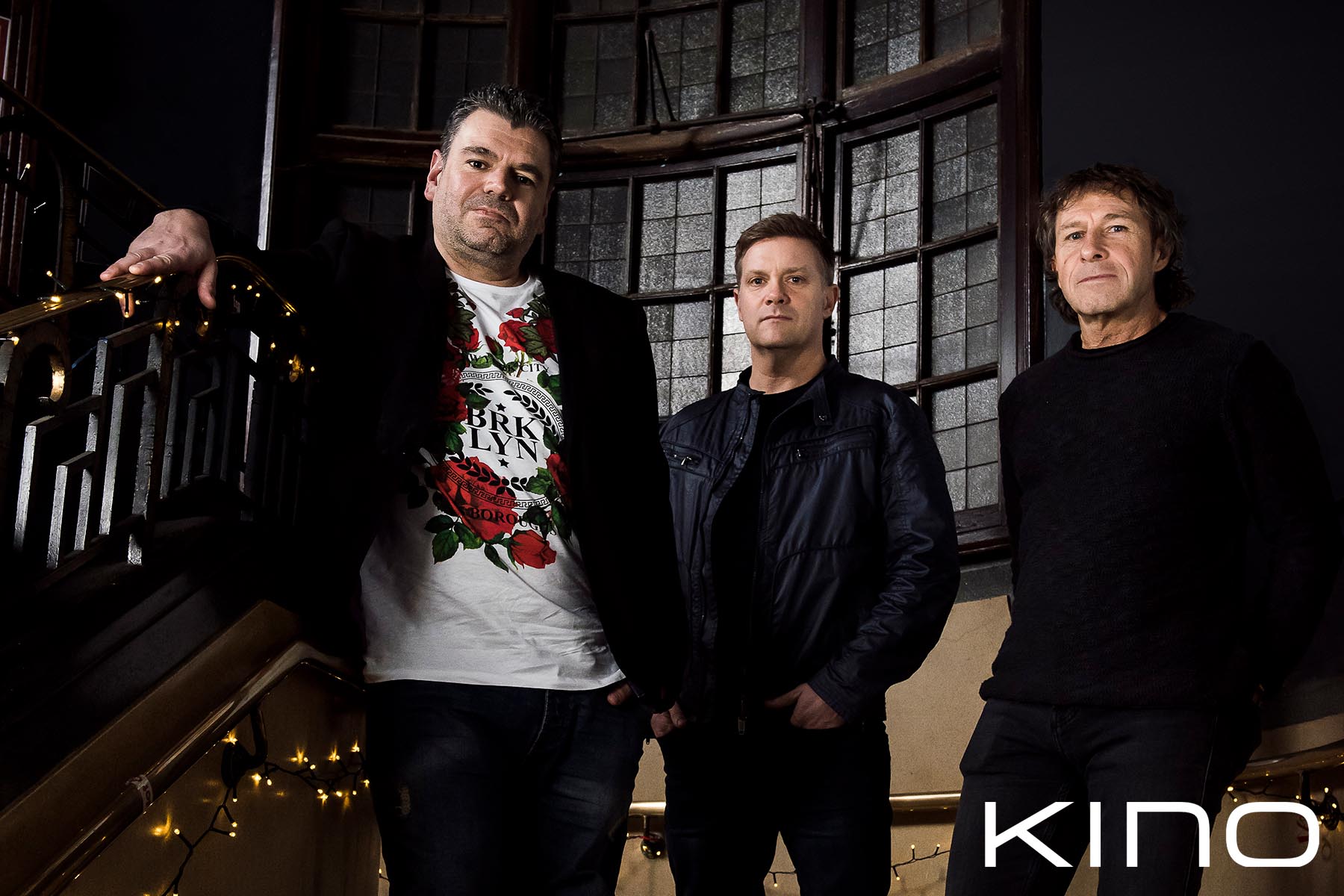 When the listener pushes play, or drops the needle, they’re off to the races.  The album begins understated enough, with a rather creepy spoken word intro, but as soon as the doors to “Radio Voltaire” open and the lead guitar melody first envelops the listener, it’s difficult to suppress the urge to close their eyes and enter a moment of transcendence.  In just that first song, Mitchell confidently builds that lead melody in what one can only assume is a stance resembling Slash soloing while standing on water like Jesus, and tells you with a wink and a smile that this album is about to take the listener on a ride.  And by the time the first song ends, between its lilting 6/8 time, sprinkled keyboard arpeggios, futuristic and nearly-dystopian auto-tuned vocals hiding under the surface, and more, it’s clear that this album isn’t in a hurry to knock over the listener, but is happy to oblige with the first song, if need be.

And while the album is relatively short, at least in the world or prog-rock, it is meant to be more of a crossover pop-infused prog-rock album that ticks multiple boxes as it goes.  It’s an album meant to entertain, and let one travel in one’s mind, without giving up an entire afternoon with headphone hair to do it.  John Mitchell, Pete Trewavas, Craig Blundell, and John Beck, the reformed project known as KINO, hasn’t missed a beat, and if they keep this up, they might just be able subtly transition from project to full-on band.  Let’s just hope it doesn’t happen in 2030.

1.Radio Voltaire
2.The Dead Club
3.Idlewild
4.I Don’t Know Why
5.I Won’t Break So Easily Any More
6.Temple Tudor
7.Out of Time
8.Warmth of the Sun
9.Grey Shapes on Concrete Fields
10.Keep The Faith
11.The Silent Fighter Pilot

Radio Voltaire is a very good album, but it might be more enjoyable if it ever becomes the second album in a trio of releases. It might make a good middle album (an Empire Strikes Back, if you will) in that trilogy of sorts. The songwriting is strong, but despite the protests to the contrary in this review, one can't help but be reminded a little too much of Lonely Robot, thus taking it down a notch in originality. John Beck's influence is missed. The musicianship is great. It's Mitchell, Trewavas, and Blundell. Doesn't get much better than that, even if they do play it a bit safe at times. And as far as production, the only way an album could achieve a 10 out of 10 is if God himself engineered, produced, mixed, and mastered it. That said, John Mitchell's work here is worthy of a strong 9.5.