The cool thing about discovering a band through an EP is that the listener gets a sneak peek into what really moves them. And with a title as forward as “Doomed Heavy Metal,” there’s really no question how the Denver band Khemmis view themselves.

This EP opens with a very able take on “Rainbow in the Dark” that pays reverend homage to The Voice of Metal without inadvertently parodying his signature song, while you’ll swear the hillsy “A Conversation with Death” wouldn’t have sounded out of place on O Brother Where Art Thou until you realize that it was indeed in the film. The 2017 single “Empty Throne” follows, and the EP is topped off with three expertly performed live cuts (one song from each of the band’s three albums; “Bloodletting” from Desolation, “Three Gates” from Hunted, and the 9-minute behemoth, “The Bereaved” from Absolution) that show no evidence of backing tracks, doctoring, or any real flaws to speak of. 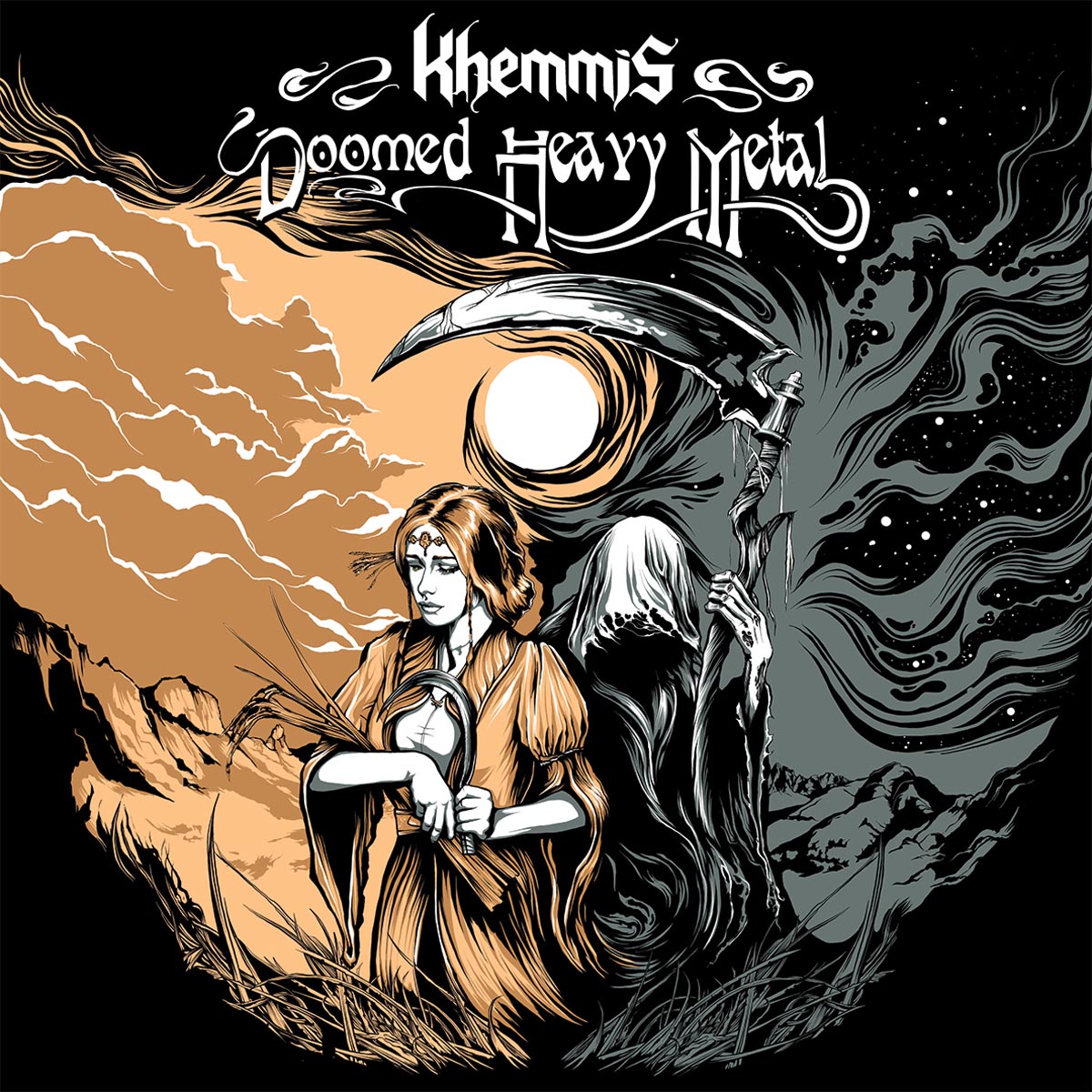 Singer/ guitarists Phil Pendergast and Ben Hutcherson‘s use of texture and damn-near perfect timing with their rhythm section deserves notice, to say nothing of their unique singing. These performances capture the raw essence of metal, and they bear the mark of a band firmly attuned to the doom tradition without merely copying their heroes.

Khemmis is a band that's been picking up steam for several years, but who have managed to slide under many people's radars. This EP is a useful introduction for those very people, and like any good EP, it serves up some goodies for the fanboys too