You know a band is evolving if you write them off only to discover nearly two decades later that they got really fucking good somewhere along the way. Such is the case for Kataklysm, whom I first heard with 2001’s Epic: The Poetry of War. Maybe it was their more brutal and guttural approach, or maybe it was the unfortunate timing of its release; some really bad shit happened in New York and DC just a few days before, and I wasn’t in the mood to hear the words “epic” and “war” used together. In either case, that album just didn’t click with me. I gave the following album, Shadows and Dust, a casual listen and enjoyed it, and I remember thinking they were an excellent live unit, but Kataklysm simply did little for me other than make me think they were good at what they did.

Now Epic: The Poetry of War is nearly old enough to vote, Kataklysm are still at it, and they’ve issued an album with the unassuming title Meditations. Recalling my previous experience with the band, I approached with trepidation… and was pleasantly surprised. Meditations, you see, is one of those rare records that grabs you by the throat the moment the needle drops and doesn’t ease up the strangulation until your limp and lifeless body collapses before its overpowering might, which happens to be around the same time the last note fades.

But why would any reasonably intelligent person allow themselves to be assaulted like that? Well, perhaps they found the perpetrator to be pretty freaking funny. Like the Dimension Zero classic Forgotten But Not Forgiven and several old Children of Bodom gems, Meditations begins its seduction hapless listeners with a sick, wry sense of humor. If the very titles “What Doesn’t Break Doesn’t Heal” and “The Last Breath I’ll Take Is Yours” doesn’t induce a shit-eating grin, then you, my friend, may suffer from humorlessness, a DSM-recognized disorder that I’m pretty sure cannot be treated with Ambien. 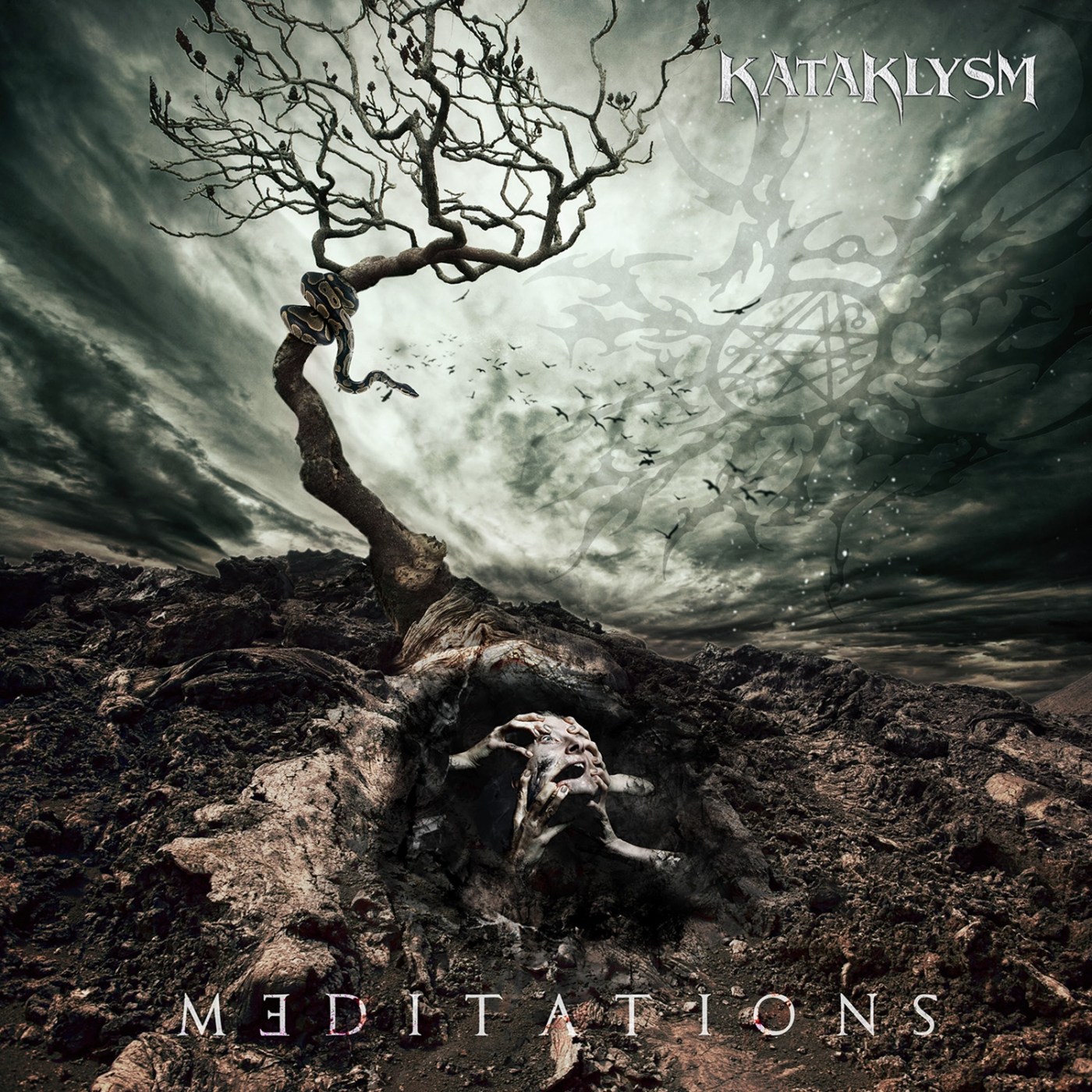 Kataklysm‘s evolution is evident throughout this entire disc. Having transcended the guttural poutine of their past, this veteran quatuor montréalais churns out a more upbeat, precise, and melodic tassot these days. The brutal sections, which were never sloppy but always sounded a bit off, now sound deliberate and concise. Certainly, we can thank newish drummer Oli Beaudoin for aligning the misaligned. Guitarist Jean-François Dagenais also deserves recognition for tightening his timing, as well as using texture on “In Limbic Resonance” in a manner uncommon to this kind of death metal. And that solo. Dood. Whoa.  His melodies underlying “And Then I Saw Blood” also deserve mention, as they recall Paradise Lost‘s Draconian Times (released when Kataklysm released their debut LP Sorcery) in a manner that salutes rather than apes.

A solid release from start to finish, Meditations offers consistently excellent melodic death metal with a humorously grim perspective, and I credit them for finally winning me over. I’d venture to say it’s a refreshing representation of both the roots and foundations of this band, celebrating their quarter century. What sucks is that now I have to retroactively investigate a band that had already released a dozen albums before this one. Aaargh!

While Kataklysm certainly aren't breaking any ground with Meditations, they have indisputably transcended their previous limitations to release an album of angry melodic death metal with no dull or confusing moments to be found. Meditations is a solid slab of good old-fashioned misanthropy, and it's freaking delicious.