Progressive Rock is one of those styles of music that most people love or hate. The style, that was very popular in the 70s, became a “for musicians only” style of music for almost the next two decades. Maybe because of the odd time signatures, odd structures and ten plus minute’s lengths and the fact that it is not a style of music that is affordable to everybody. Fortunately for us, lovers of progressive music, there was a resurgence at the end of the 90s, and today’s music scene is plenty of bands developing their sounds and delving more and more into the genre and all its variants. However, not everything is rose-colored in the prog-rock scenario these days. The 70’s progressive rock worship is a tricky sub-genre, some bands simply fall completely flat on their face while trying to emulate some of the greatest bands to have ever made music. They sometimes misplace what made the music of that era great, imagining it to be based on top technicality and flamboyant epicness. However, there a few bands that avoid all that and make great music, as well as some of the albums released in the 70’s. And Karmakanic is one of those bands.

Whoever has been mildly immersed in the prog-scene for the last 15 years, have heard about Jonas Reingold at least once. A multi-instrumentalist, with countless album credits & deep involvement with various bands (“The Flower Kings”, “Kaipa”, “Barracuda Triangle” and “The Fringe” are just some of them), studio/record label owner, and a diverse songwriter for many of rock’s genre’s, he’s one of those gifted musicians always bringing something special to the records he’s participating in. The interesting thing about Jonas Reingold was that during his spare time (if he ever had any) he started composing music and joined forces with a myriad of amazing musicians like Roine Stolt, Jaime Salazar, Zoltan Csörz, Johan Glössner, Göran Edman, Robert Engstrand and Tomas Bodin–all prominent members of the progressive rock family. From this musical alliance Karmakanic was born. Being originally catalogued as a “side project”, Karmakanic has developed its own life over the last decade or so, and ranks in my book as the one of the retro-sounding prog bands that have impressed me the most, since their inception in the early 2000s. In my personal opinion Karmakanic is no longer a “project”, but a powerhouse musical vehicle, a real band which should be included in the upper echelon of modern progressive rock, alongside with names like The Flower Kings and Spock’s Beard. And no, I am not out of my mind.

The band kicked off their career in 2002 when they put out “Entering the Spectra”, and I remember how much that album hit me when I gave it its first spin. It was a revealing experience which only got even more cemented after I listened to their 2003 sophomore discography effort “Wheel of Life”. Upon my arrival to the US, I hunted down these two CDs to the end of the Earth (they were out of print completely, and I’ve been bothering, or better said bitching, to Jonas every time we talk, asking for him to re-press them) until I managed to buy them from an obscure Greek online store which only had a remaining copy of each one. Who’s the Boss in the Factory followed in 2008, marking their first released through InsideOut Music and it simply skyrocketed my love for this band to unknown proportions; a truly a fantastic album and a defining piece of music for this band’s repertoire, which outlined their signature sound: melodic but complex at the same time, creative and ”clever”, emotion-full and diverse; marked by sharp dynamic contrasts, sudden full stops, complex timing and metric changes, abstract lyrics, and long periods of instrumentation. The year 2011 brought us In a Perfect World and Jonas once again managed to deliver the goods. Certainly it did not surpassed its predecessor, but once again clicked all the right buttons with its highly melodic sound – dare I say “catchy” – sporting chops from hell and with a Goran Edman proving once again his chameleon-like ability to fit in with a prog-rock or metal band. 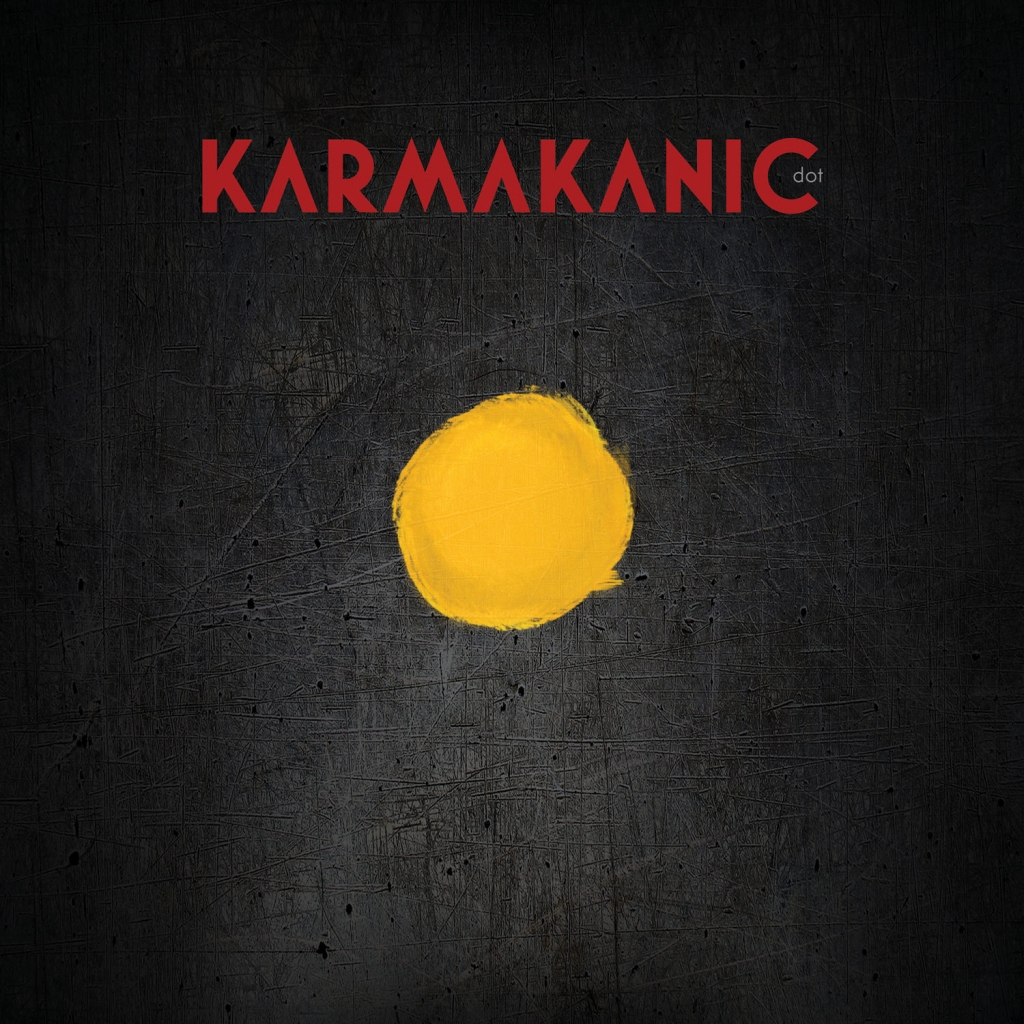 Now, 14 years after that first record, Karmakanic is back with their fifth full-length album, simply entitled DOT, a rather unusual title with an interesting underlying story.  Jonas Reingold explained about the album’s name: “I got my inspiration to start writing DOT when I stumbled upon a text by the famous American author and astronomer Carl Sagan. He was talking about how small and insignificant we are in this vast universe. Of course that can sound like a cliché and a lot of things have been said about our existence, universe, why are we here, where are we going, when will it end, when did it start, what’s the purpose of it all? And so on. But he put it really elegantly in this rather short text, so I never looked at it as a cliché. The inspiration for him was actually a picture of the earth that Voyager 1 took 1990 from the outer areas of our solar system. The earth appeared in the picture as a small pixel, like a pale blue dot suspended in a sunbeam.”

The center of this new Karmakanic album is the epic “God – The universe and everything no one really cares about” presented in two parts, and clocking in just shy of 30 minutes’ total playing time. Following the first track “DOT” which is nothing else but a short eerie intro, for the most part made up of a broken signal of sorts trying to cut through or make contact, comes the first part of “God…” which without struggle transport us through a gamut of various musical nuances filled with synths, jam sessions, odd-time instrumental workouts, gentle piano-based breakdowns, astounding drum fills, moody jazzy sections, repeated leitmotifs, and even a female/children’s choir. The fretless bass lines of Reingold are like faint brush strokes, filling in the spaces around the guitars and Edman’s eclectic mix of vocal styles. This song is an elaborated, complex and multi-layered composition which seems to work around four movements that the band revisits at various times, powerful, experimental and even occasionally moving. Simply magnificent. 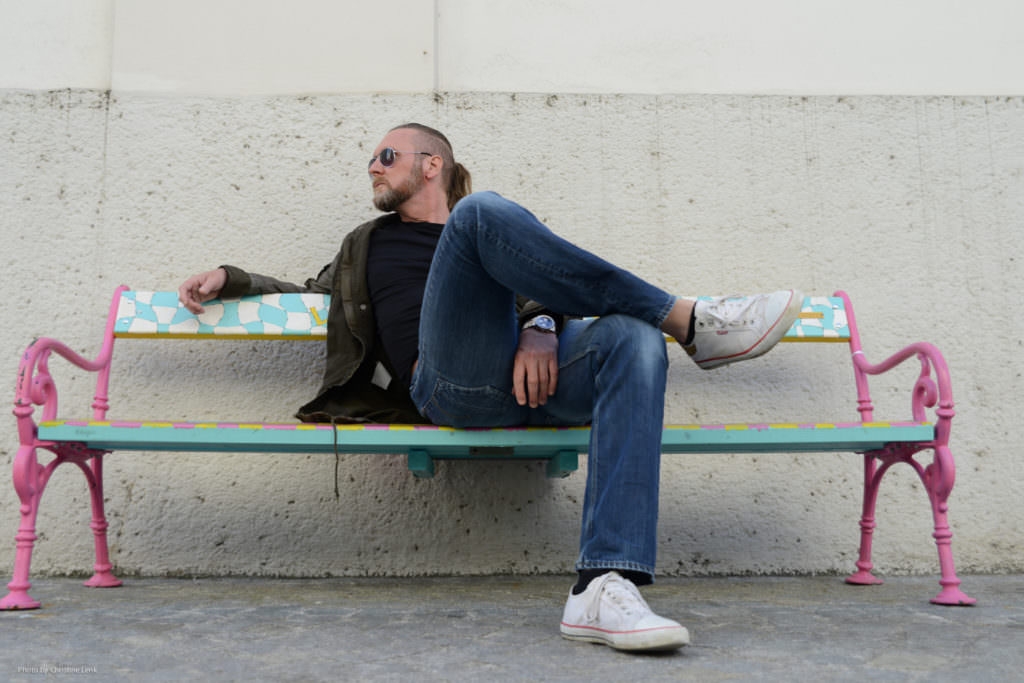 “Higher Ground” is a rhythmic, melodic and a bit nostalgic piece about Jonas’ childhood. Nils Erikson sings in ”Higher Ground”… “I grew up in a little town” in the opening moments of this 10 minutes long track, dominated by Lalle Larsson’s keyboards and Andy Tillison’s Hammond soundscapes. Whilst not as complex as “’God – the universe and everything no one really cares about,” “Higher Ground” is a standout track, as it sports all the classic Karmakanic elements, and is wrapped in Erikson’s marvelous, smooth and intimate singing. The words “Here we stand in no man’s land” find the song ending after taking the listener through countless sceneries of melodies and lyrics, musically depicting a journey through life. “Steer by the Stars” follows, bringing to the table those uplifting and hooking pop subtleties I love from Karmakanic. It is an anthemic tune with a defining 80’s flavor and a melody that sticks to your head since the first 10 seconds. The inner beauty of this composition lies precisely in the way it avoids complications, putting the wonderfully crafted vocal melodies in the spotlight, sublimely packed with some inspirational choruses in the best Gentle Giant vein.

“Travelling Minds” starts out with a soft piano melody, until Reingold swoops in on bass effortlessly working his way around the neck and through the song; while a soaring guitar solo creeps in, reminding me of Roine Stolt guitar phrasing. The songs unfolds into a symphonic full blown piece, oozing beauty though a melancholic and intensely delightful passage topped by Edman’s soaring verses “We’re dreamers, we’re seekers, we’re traveling on…We’re traveling fast on the road to desolation. But we have a choice…share some light…reject the night” before it starts to graciously fade away to become “God – The universe and everything no one really cares about – Part 2”. The album finale serves as the closing movement, enhancing and capitalizing on the initial song, with much less emphasis on being flashy, virtuosic, or catchy. It focuses on pure raw emotion instead, with piano, drums and bass in tandem creating a melancholic mood broken by an astonishing guitar solo; a heartbreaking and utterly grandiose finale; full of an enchanting and heart-wrenching emotion that slowly dies in a piano until the CD ends. I was listening to this track for the first time and I was reduced to a sublime and sheer silence when it finished.

A handful of albums into their career, DOT marks another notch on the Karmakanic’s belt as well as a foreseeable array of musicianship and finesse. There is a care and precision in the whole record that separates the band’s musical ability above and beyond many of their contemporaries. DOT is not a pure symphonic-prog album – it’s more – rich of different impressions and approving much experience based on a high level of musicianship and compositional skills. It has a fantastical edge to it that will take you on a journey that does not necessarily answers any questions at the end, and that is part of its inner beauty. A journey into many, non-existent places, full of moving, innovative and challenging expectations, seductive meditations and ultimately riveting and uplifting sentiments. Some might say it might not be as a perfect album as Who’s the Boss in the Factory was, but musical excellence does not require perfection, and quite frankly, perfection is rather boring.

A simply magnificent album that shines on high and is already among my three top prog-rock favorites of the year.