The band has undergone numerous line up changes over the years. Some, like the addition of vocalist Roy Khan and drummer Casey Grillo, have elevated the band to superior status. Others, however, had lesser impact, like the departure and eventual return of their bassist Sean Tibbetts. The biggest change that left a major question mark hanging over the band was the departure of Roy Khan in 2011, who had brought a very charismatic persona to the stage and a nuanced, emotional vocal delivery that distanced the band from much of the genre. Could the band recover from such a loss?

The question was eventually answered in the form of Seventh Wonder’s Tommy Karevik, who stepped into some awfully large shoes and somehow managed to walk around in them as if they were his own. At times, Tommy looks and sounds very similar to Roy Khan, and his selection, at least from a performance standpoint, has helped the band to dodge what appeared to be an inevitable downfall. After a short-lived tour with Rhapsody’s Fabio Lione, which only revealed the gravitas of Khan, Karevik has successfully manned the mic and granted Kamelot the ability to continue performing fist-pumping classics like “Forever,” “Center of the Universe” and “The Haunting” with integrity and competence. The faithful have been rewarded for staying along for the ride. That’s the picture of the live output.

The studio output, however, has not faired as well over the years. In an effort to introduce some new elements and themes to the studio work, Kamelot’s distinctive strengths have been blunted. Their creative peak was reached in the early 2000s with Karma, Epica and The Black Halo. And then things began to fall back to earth. This is not on Tommy Karevik. The song quality left long before Roy Khan did. Ghost Opera was a mixed bag and Poetry for the Poisoned added some new elements that were darker, confusing and, more importantly, not very memorable. It was the first Kamelot record in years that lacked catchy hooks and riffs that really stuck with you. It’s a case of lackluster songwriting. So now three records in with Tommy Karevik, has the spell been broken? 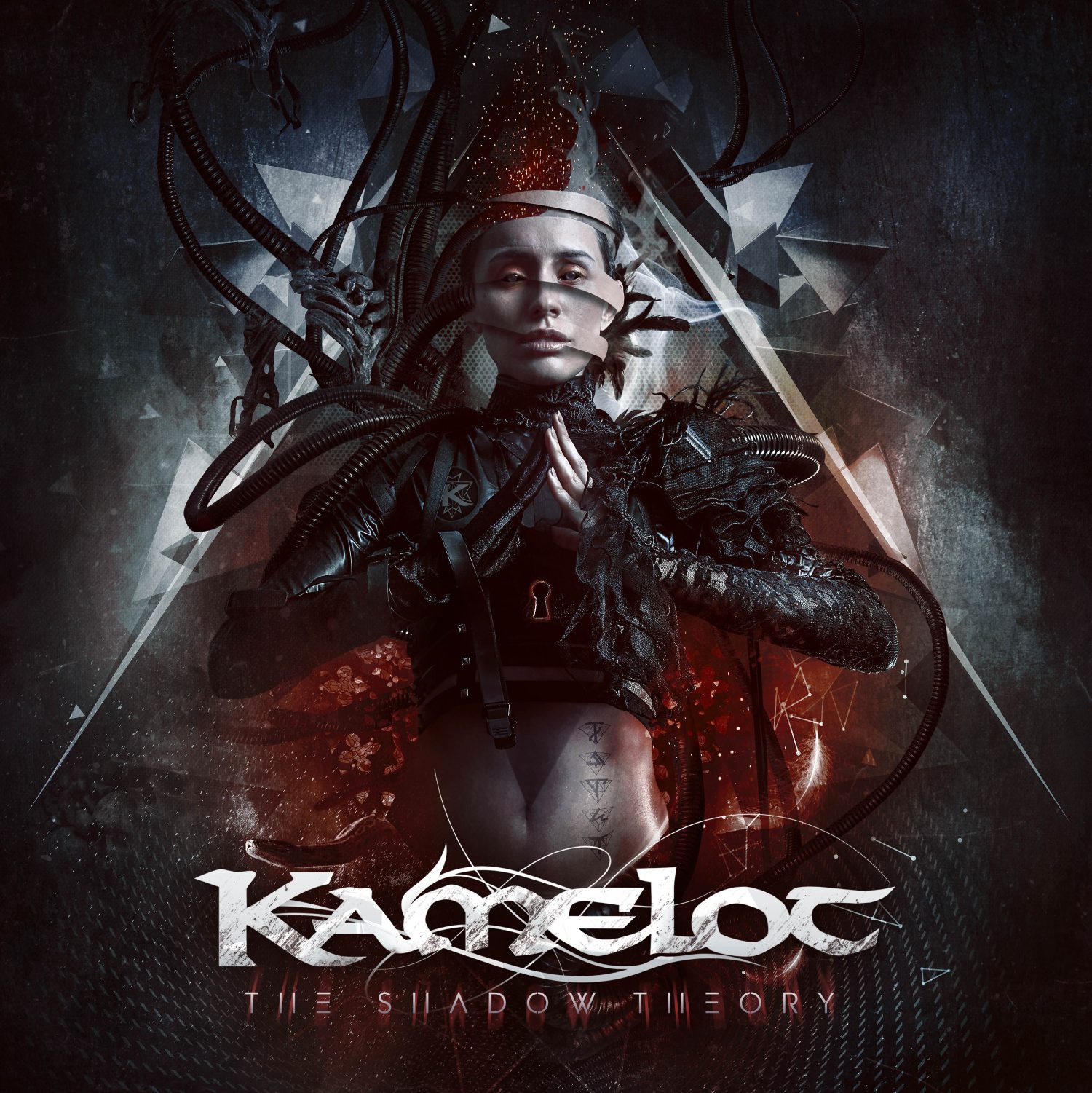 Sadly, the answer is no. The record is dark and lacks any sense of melodious triumph that was present in earlier releases. That’s not to say that The Shadow Theory is terrible. Production wise, it sounds great. It’s bombastic, with twinges of symphonic and industrial metal. Everyone performs well on the record. The problem isn’t execution. It’s what they’re executing. No amount of production sheen, string flourishes or distortion can hide the fact that the songs just aren’t that much fun to listen to. I was pulling for this record, being the third in Karevik’s catalog with the band. The first two did well to establish that he was a good choice performance wise, but they too lacked the hooks and melodies of the band’s previous heights. Is it fair to hold the new music up to the band’s previous pinnacle? Maybe not, but the fact is they still sound like Kamelot, so if a change in sound doesn’t elevate the release, the songs must. And in this case, they just come up short.

After an orchestral intro via “The Mission,” we’re ushered into a very familiar Kamelot vibe with “Phantom Divine,” which has all the rapid fire double bass and sustained crunchy chords that help define power metal. It’s grandiose and thick. Just not incredibly catchy. Hot on its heels is “Ravenlight,” one of the strongest tracks on the record. It features some nice production touches and one of Thomas Youngblood’s more interesting guitar performances on the record, both in terms of the riff and the solo. It should play well live if they can keep it tight on stage. “Amnesiac” is likely to be polarizing among the fan base. It’s got a bit of Amaranthe feel to it with the collision of a pop sounding chorus and techno sounding keyboards over crunchy, chuggy guitars. There’s something instantly memorable, albeit it a bit quirky.

Then we get “Burns to Embrace,” which is fairly representative of the problem with the more recent studio output. All of the elements are there, they just don’t combine to something super palatable. The addition of a child’s choir singing “… We are the last to walk the earth…” over a fat chugging guitar riff sounds like a heavy version of “Another Brick in the Wall,” but where’s the fun in hearing children’s voices sing of a dismal vision of the future?

A big ballad arrives with “In Twilight Hours,” featuring Jennifer Haben of Beyond the Black. Haben is a nice addition whose voice has a different timbre than the previous female guest vocalists that have adorned many Kamelot releases. She sounds young and hungry, with the ability to deliver soft passages and gritty flourishes with equal skill. It’s a pretty song and another one of the stronger moments of the record.

“Kevlar Skin” is pretty Kamelot by the numbers. The expected elements are there, but the melody lines are just not terribly memorable. “Static” is a ballad aided by a heavy string arrangement that sounds dark, dystopic and slightly depressing. Some sensual lyrical choices give it a slight lift, but not enough. Things go downhill further with “Mindful Remedy,” which feature plunking orchestral patches and cookie monster vocals by Once Human’s Lauren Hart. Death growls really don’t offer an improvement to the Kamelot sound, regardless of who is delivering them. They may have had their place on The Black Halo, but here they’re just annoying. “Stories Unheard” attempts to reach for the missing optimistic tone and makes some  headway without being particularly special. The last two tracks, “Vespertine” and “The Proud and the Broken” are cases where the orchestral elements and bland chorus have neutered the power of Kamelot. They just sound like they’re trying too hard to summon the ghost of Nightwish by the end of the record. “Ministrium” is a theatrical instrumental that brings the mediocre collection to a close. 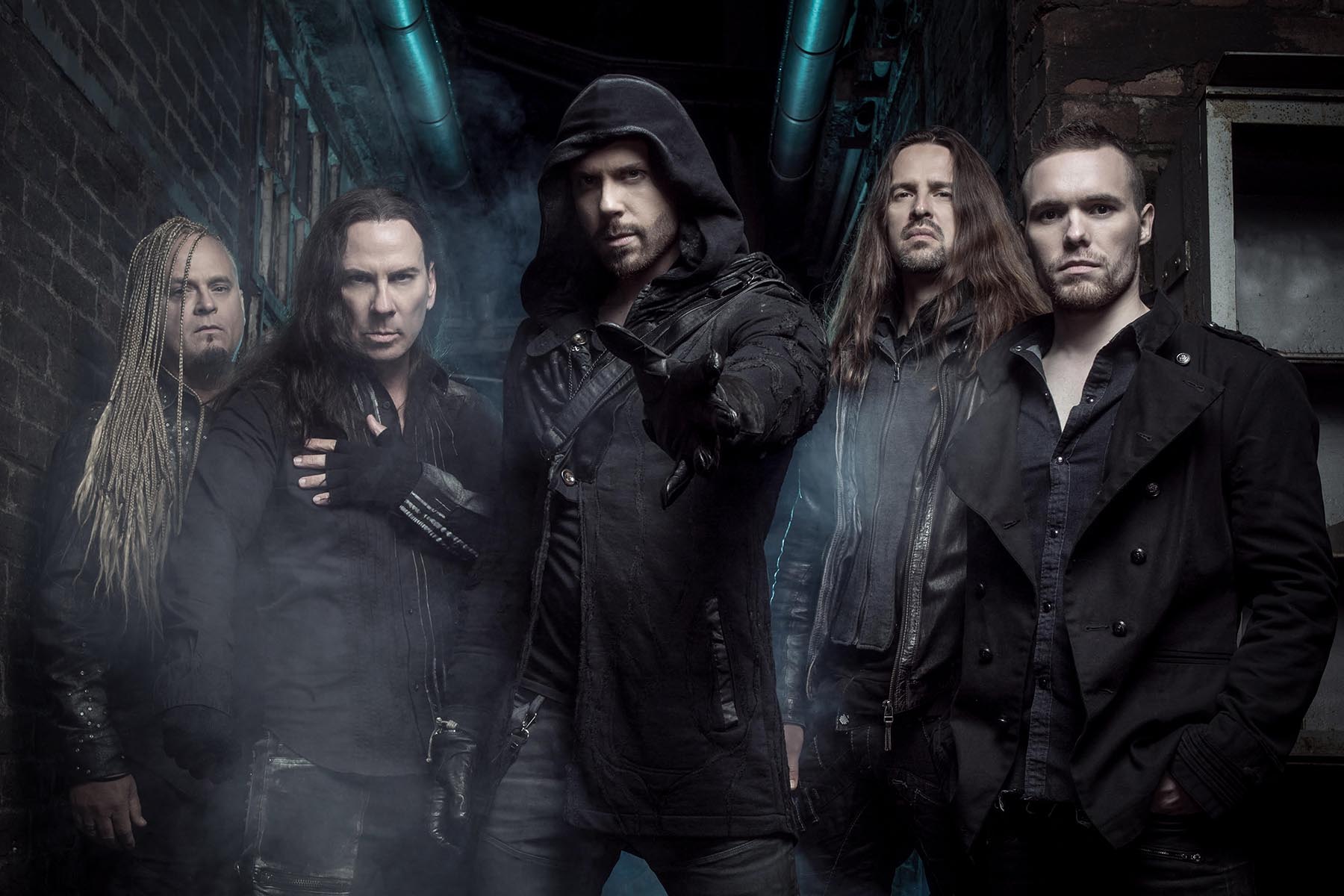 Kamelot’s catalog features some very high moments and some really strong songs. Nothing will take that away from them. But time isn’t moving them in the right direction, and the band is now weathering yet another personnel change. Longtime drummer Casey Grillo has decided that he is moving on from Kamelot. Sadly, I’m afraid I might be doing the same.

Despite decent performances and polished production, this new batch of mediocre songs doesn’t shine enough light to break through the ominous music and lyrics that leave longtime Kamelot fans feeling left in the dark