Listening to an album that simply sounds amazing is such a pleasurable experience. Beyond the songwriting and performance there’s a quality available in the sonic landscape that just “feels right”,  and when an artist finds that spot then everything they do turns to gold. Jane Getter Premonition’s “Anomalia” hits that mark from the opening track and never looks back. While this aspect was present during previous album “ON”, this new release takes it a step further thanks to the team of husband & wife producers Adam Holzman and Jane Getter. While Holzman may be a familiar name to fans of Steven Wilson (in addition to his own solo career and work with a wide range of esteemed artists including Miles Davis), it is Getter who truly commands center stage in this collection of original material. With the support of Holzman and a cast of top tier musicians, Getter has created a small masterpiece. The sticker on the CD cover self-proclaims that it is a “Stunning new album” and in this case there’s very little argument that can be made to say otherwise.

Opener “Kryptone” is one of three instrumentals on the album, diving right into a Crimson-esque overture by way of Steven Wilson’s “Luminol”. The rhythm section of Chad Wackerman on drums and Stu Hamm is obviously beyond reproach, offering a percussive onslaught and laying the foundation for Getter and Holzman to trade off dueling runs before Alex Skolnick takes it home for a final incendiary solo. While this piece was an intense choice to begin the album, later in the track listing the other two instrumentals offer worthwhile pauses from the lyrical songs: “Queen of Spies” is an intriguing number with a catchy melody introduced on keys and featuring fine guitar soloing before a smattering of satisfying Wackerman hits towards the end. In contrast, “Safe House” is a solo acoustic guitar piece which closes the album, Getter’s arrangement suggesting a full rock song rich with melody and development even though she is confined to the six strings.

As good as the instrumentals are, “Anomalia” comes into its own thanks to consistent lyrical songwriting, a big step up from “ON”. The exquisite production slays as Getter’s processed vocals swirl around the listener during “Lessons Learned”, sounding natural and other-worldly at the same time. Equally immersive is Wackerman’s percussion, with Hamm’s bass holding the lower end as Getter solos high above. The advice conveyed through the lyrics hold a certain conviction rather than coming off as preachy, these hard lessons obviously being learned through experience and maturity. Just when you think you’ve made it through, Holzman launches into an organ solo for good measure. “Dissembler” follows, a scorching rebuke of your favorite distasteful person of power. Here the vocals are handled by guest Randy McStine, a fine choice who is becoming equally well known for his voice as for his instrumental prowess. The band shifts to the “east coast rhythm section” with Gene Lake on the skins and Mark Egan sporting a great tone on the low end. The legendary Vernon Reid even drops in for a guest guitar solo spot, though it must be said that the album is already full of living colour, right down to its evocative cover art from Lasse Hoile. McStine hangs out for the next song, “Alien Refugee”, a poignant duet with Getter. Going back to my original point, not only do these two singers sound great together but the entire song simply floats thanks to its magical engineering…chills. It’s also a songwriting highlight on the album for Getter. 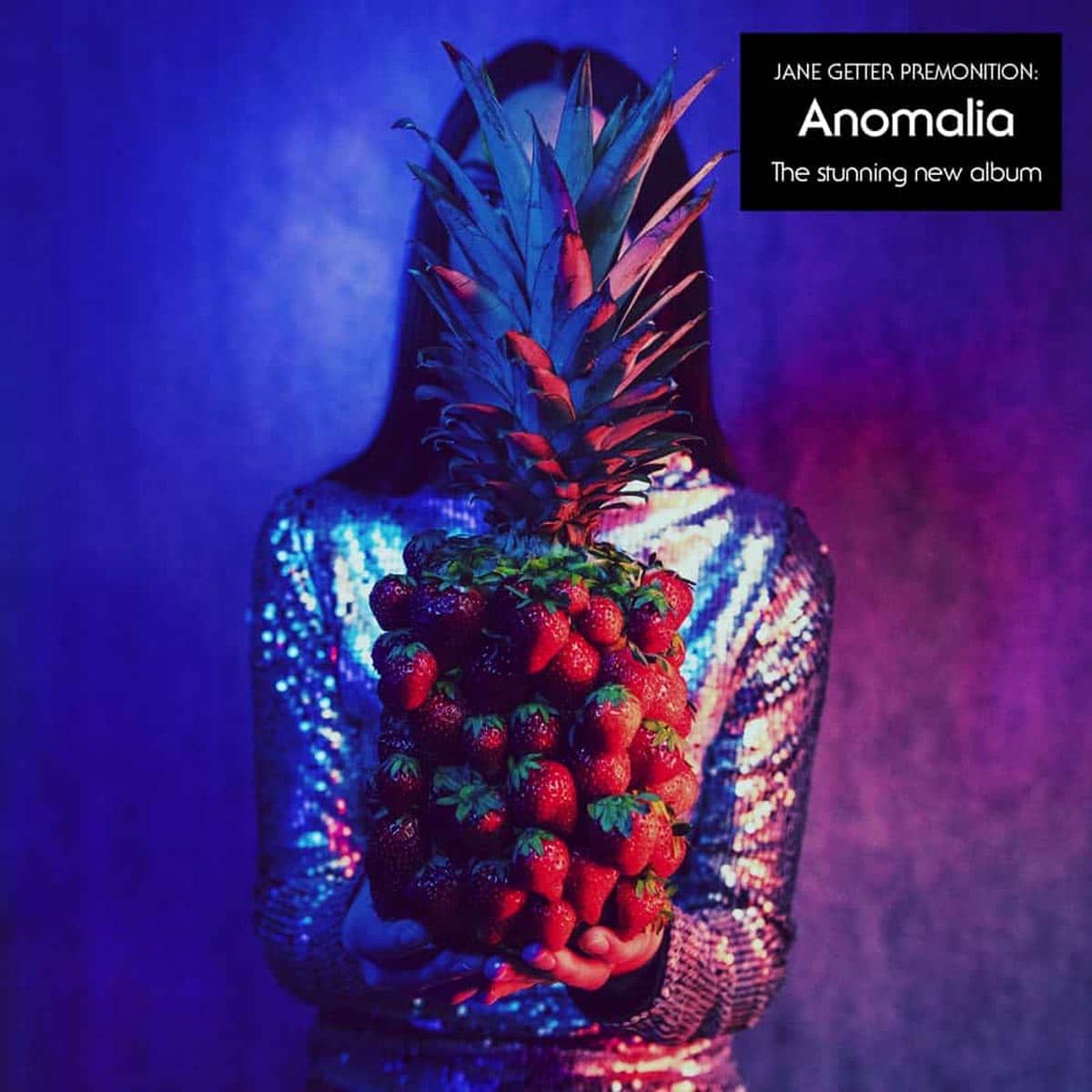 All of the above continues to hold true with “Still Here”, perhaps my favorite track. One of Getter’s winning techniques is her choice of spellbinding chords, arpeggiated on the guitar for maximum effect. As we are treated to dueling solos between Getter and Skolnick, Holzman ups the ante with jazzy supporting chord vibes before grabbing the spotlight for another organ solo of his own. Chanda Rule then comes in to take an excellent lead vocal on “Answers” and while the performance gives added depth, it somehow doesn’t stray too far from Getter’s own voice, providing consistency and variety at the same time. Finally, the tender “Disappear” brings Getter’s voice to the fore once again and features a Moog solo from Holzman…just one more excellent track on this already impressive album.

If you’ve been fortunate enough to discover Jane Getter and have read thus far, there should be nothing holding you back from picking up “Anomalia”. Her style colors outside the lines that most rock albums traverse, while remaining completely accessible and engaging. The intelligent, artistic music herein is sadly in short supply throughout the contemporary music scene. Grab it when you find it and squeeze every note out that you can. Happily, “Anomalia” features plenty of material to savor.

When searching for undiscovered gems in rock music, we should all be so lucky to come upon a band like the Jane Getter Premonition. Exquisitely produced, “Anomalia” boasts an all-star cast of musicians weaving magic over an album of skilled songwriting. Rock albums with this level of quality are exceedingly rare these days, embracing elements of blues, jazz, folk…what we could call “progressive” tendencies. Give it a go and see if you’re not caught under its spell.