Since their inception in 2014, British classic hard rockers Inglorious have seen almost as many lineup changes as role-model Whitesnake in its first ten years. However, the band, still in orbit around its heart and soul of singer phenomenon Nathan James, remains bigger and badder than ever, as is evident in fresh release Ride to Nowhere.

After Nathan James (of reality TV and TSO fame) put together the Mark I lineup of the band, the result was two solid albums and tour support for acts such as Winery Dogs and Steel Panther. Often artists struggle to get over the sophomore slump of a second and third album, so how does this one do? Quite well, actually.

The opener, “Where Are You Now,” at first blush may seem like a track from Beach-Aldrich era Whitesnake, but it is a smart choice in that James comes in with a couple gentle and understated verses, before the song kicks into high gear and he really starts to push the vocal cords for some impressive power. The song has a great memorable chorus; upbeat, major, with tambourine and all. When it dips back into verses, James’s voice and the sixteenth notes on the bass really just cruise along, leaving the listener primed for when the song amps up all over again, with the vocals not just being powerful, but demonstrating impressive range as well as noteworthy control of vibrato.

The following track, “Freak Show,” while borderline filler material, still retains an important function; it demonstrates contemporary grooves as well as showcasing vocal techniques where one may be tempted to think this is actually Alter Bridge, and that is no bad thing. For future touring, if Inglorious cannot mesh a schedule with one of Mike Portnoy’s seventeen projects, a phone call to Myles Kennedy and Mark Tremonti may not be out of order.

The third track, “Never Alone,” like its predecessor, serves an important role; it does not just dial down the distortion and tempo for the sake of taking it easy with a softer track. The song further demonstrates the writing versatility of the band, in that this song explores a side of alternative rock which can only really be called “the best of alternative,” drawing upon grooves and textures hearkening to acts from Soundgarden to the Chili Peppers. There are some cool walking bass lines, piano work, and of course soaring vocals, to tie this together as a deceptively memorable track.

The listener cannot get too comfortable, because the following track, “Tomorrow,” has an ominous introductory delay-soaked guitar introduction, growing and building to a big slamming verse structure. As a whole, it is reminiscent of the closing track of Winger IV, “Can’t Take it Back.” Consider that very high praise, considering the power in that track. A high point in this Inglorious track is the build up to the choruses, featuring slow, lumbering kick drum before whipping the chorus into a piano-hammering frenzy. The lead guitar work is also spot-on, doing a number of very interesting things with bends and layering, while keeping it from being overly self-indulgent. 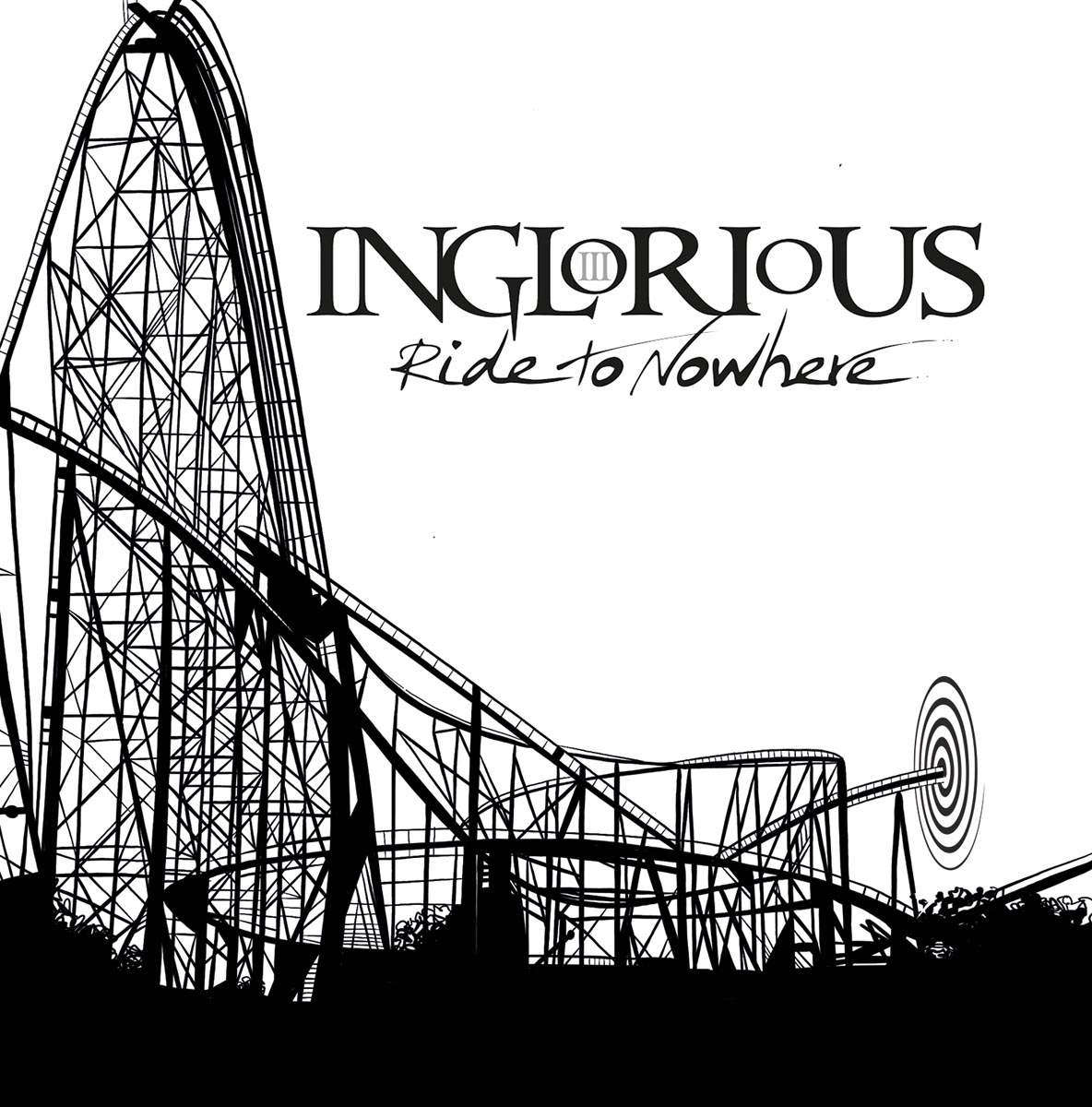 Worth noting on this album is the song “Liar.” While not the first band to write a song with this name, what clicks is the perfect ten bass playing as the chorus comes in, and the melody of the chorus itself, which Nathan James delivers fiercely. This song has really ear-worm staying power, and shows tons of promise as a crowd-pleaser for live sets. The same can be said for the following track, “I Don’t Know You,” which is a textbook blues rocker, but the chorus is just masterful, as is the lead guitar solo. The last minute of the song is an epic climax of gonzo drumming, blistering legato guitar leads, female backing vocals, and over-the-top lead singing.

The title track, “Ride to Nowhere,” comes in with clean delay guitars, before adding staccato bass guitar and building drums, to eventually be a borderline headbanger. As the song continues to build towards super-powered verses and chorus, the Alter Bridge feels are stronger than ever, but that remains high praise. As straight-up hard rockers go, this one is a heavyweight at six minutes, and it uses the time well, rising and falling like the twisted roller-coaster featured on the album art.

Finally, just in case the listener thinks they have a complete inventory of the Inglorious bag of tricks, the last track, “Glory Days,” comes in with beautiful, enchanting, and perfectly-mixed steel string acoustic guitars (possibly even 12 string parts?) for a lovely ballad. Something like this has not been heard since Tommy Shaw did “Crystal Ball.” Although the song is pretty in its own right, it is Nathan James invoking his Casey McPherson searching for Peaceful Harbors that really leaves a lasting impression.

In an era of cheapening Kingdom Clones (no dig on Kingdom Come, a talented act to be sure) trying to be the Chinese Rolex of the Led Zeppelin world, it is refreshing to see an act that although clearly inspired by Zep, Purple, Whitesnake, Rainbow, and other titans of the UK glory days, definitely has its own unique fingerprint. This is no paint-by-numbers formula, nor is it a Shelby Cobra kit car. Inglorious as a band is a handcrafted original, deserving of recognition as such. For an authentic British rocker that fuses the old with the new, one would be hard-pressed to find anything better than the Ride to Nowhere.

As far as classic and hard rock are concerned, this is about as original as one can still be. Inglorious may well be the fusion food truck of the future, serving a dish that is all the best elements of Zep, Purple, Whitesnake, the best of 90s Seattle scene, and some very appetizing modern flavor as well. The ingredients are fresh and delicious, and should be ordered at the band’s website here. Get it while it’s hot.