Remember the glory days of metal when a heavy riffing, distorted guitar was WAAAAY up front in the mix? The days when speed kings like Vinnie Moore and Tony Macalpine were making names for themselves as the pioneers of shredding metal under Mike Varney’s Shrapnel Records label? That retro vibe runs deep through “The Nature of the Beast,” the latest offering from guitar sorcerer Chris Impellitteri. Even the production feels a bit like an old Savatage record, with a vintage, analog feel that’s both heavy and driving. Impellitteri’s guitar tone comes off as a mixture between Criss Oliva, George Lynch and Yngwie Malmsteen, with its tinges of classical and chunk.

Let us put things into perspective in case you are not familiar: Chris Impellitteri is heralded as one of the world’s greatest guitar shredders. He has won Best Rock Guitarist Awards on several magazines during the years for his guitar soloing. He is the first guitarist to be named as the fastest guitarist in the world by the international media. Recently and without any promotion, Impellitteri was officially voted the second fastest guitarist in the world by “Guitar One” magazine; and “Guitar World” magazine recently listed him within their top 50 fastest guitarists of all time. He has sold over 2 million records worldwide and his band has been featured on MTV, VH1, and graced the covers of various rock and metal magazines over the years.

This new album continues the path taken with its predecessor “Venom”. Lead vocals are often subjective in metal and can certainly be a make or break element. Rob Rock, who has performed in multiple stints with Impellitteri over the years, returns and delivers some remarkable vocal deliveries on this record, although some of his lines lean almost towards the operatic spectrum, which might be an acquired taste that never resonates for some. 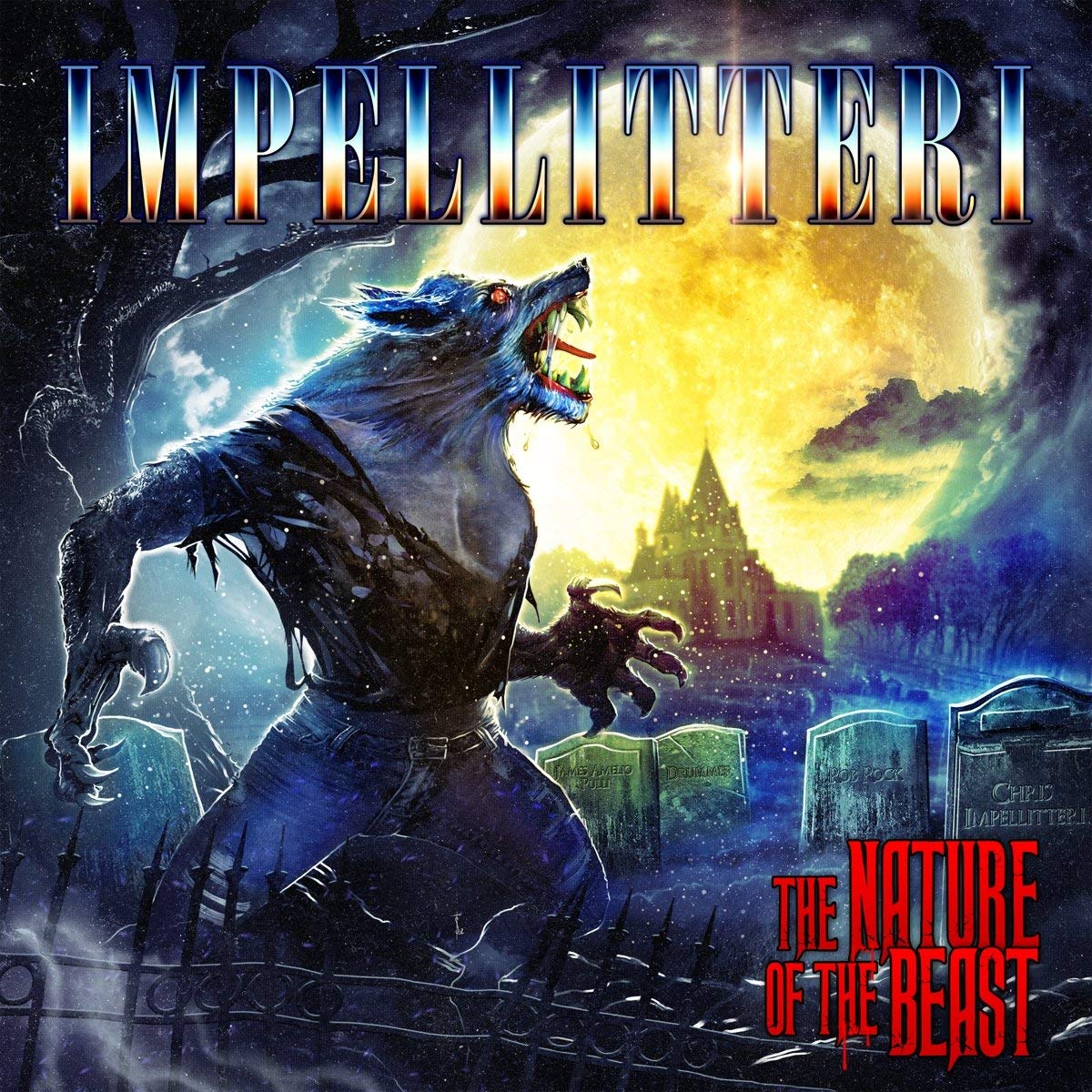 “The Nature of the Beast”

The record features two covers—an over-the-top metal reworking of “Phantom of the Opera,” and a solid rendition of Black Sabbath’s “Symptoms of the Universe”—as well as 10 original tracks. The entire album is packed to the roof with heavy riffs and blazing, energetic speed metal solos that are a bit of a spectacle and either jaw dropping or “a bit much,” depending on your musical tastes. Impelliteri truly shines, and leaves no chance of being mistaken as an average guitar player on songs like “Do You Think I’m Mad” or the Maiden influenced “Run for Your Life”. His crunchy and blistering riffs on “Wonder World” and “Fire It Up” instantly give ample documentation of his dexterity and muscular playing, whereas “Man of War,” “Gates of Hell” and “Shine On” are the catchiest contenders for top choruses on the record. The backbone support for Impelliteri‘s sonic insanity comes from the brutal drumming duties of John Dette (ex TESTAMENT, SLAYER etc), filled with speed and groove and the resounding bass lines courtesy of James Pulli.

“The Nature of the Beast” delivers a solid slab of songs that won’t be everyone’s cup of tea, but is definitely the perfect blend for connoisseurs of old school metal with a flair for shredding and speedy, fierce, and influential fretboard wizardry.

“The Nature of the Beast” Track-Listing:

An old-school metal recording that features some solid and well-constructed songs, paired with impressive, frenetic fretwork by a leading player in the shredding genre and competent vocals that might be divisive elements for some listeners, depending on their preferences.