Fifth album marks a considerable step of experience in a band career. Hexvessel are not the kind of musical entity that evolved thru giant steps and ever changing genre. Since their first offerings we had a pretty clear view of a psychedelic dark folk rock which right from the start showed a focus on imagery and sounds. Also musical influences have been already well mixed and the result was Hexvessel own woody and earthy sound. What I noted and appreciated album by album was a fine tuning mainly on the songwriting and an always increasing attention to details, aiming to generate songs and sounds both stout and ethereal. Often the folk part is dominating, but acoustic and electric psychedelia is always present.

“Kindred” not only foster and maintain this flow of organic improvement but it is also the comeback to Svart Records which I see as an appropriate stylistic move. The opening “Billion Year Old Being” is the perfect entrance ticket in the world of the slowly oscillating rhythm of Mat McNerney band. Mat already showed his multi faceted talent mainly with Beatsmilk (whose only full lenght “Climax” is a personal favorite) and Grave Pleasures crafting strong songs and albums in the vein of a post punk shoegaze energized dark rock. Not to forget his contribution with Code and most recent collaboration on the song “Burning Churches” part of second Me And That Man album.

We should ask Mat for a confirmation but what I personally feel is that Hexvessel is the most personal of his bands and projects. Music is reflecting his (geographical) moves and mixes British/Irish and Scandinavian folklore accents in a natural way. First single “Demian” has a darker, invocation like mood, someway reminiscent of The Sisters Of Mercy and early psych garage Syd Barret fronted Pink Floyd. On the other hand “Fire Of The Mind” (a strongly personal cover song of Coil) transports to more nature laden percussive sound. Here and there a well worked out influence see the light like Nick Cave style vocals in “Phaedra” or Donovan guitars and quirky melodic touches as in “Kindred Moon”. 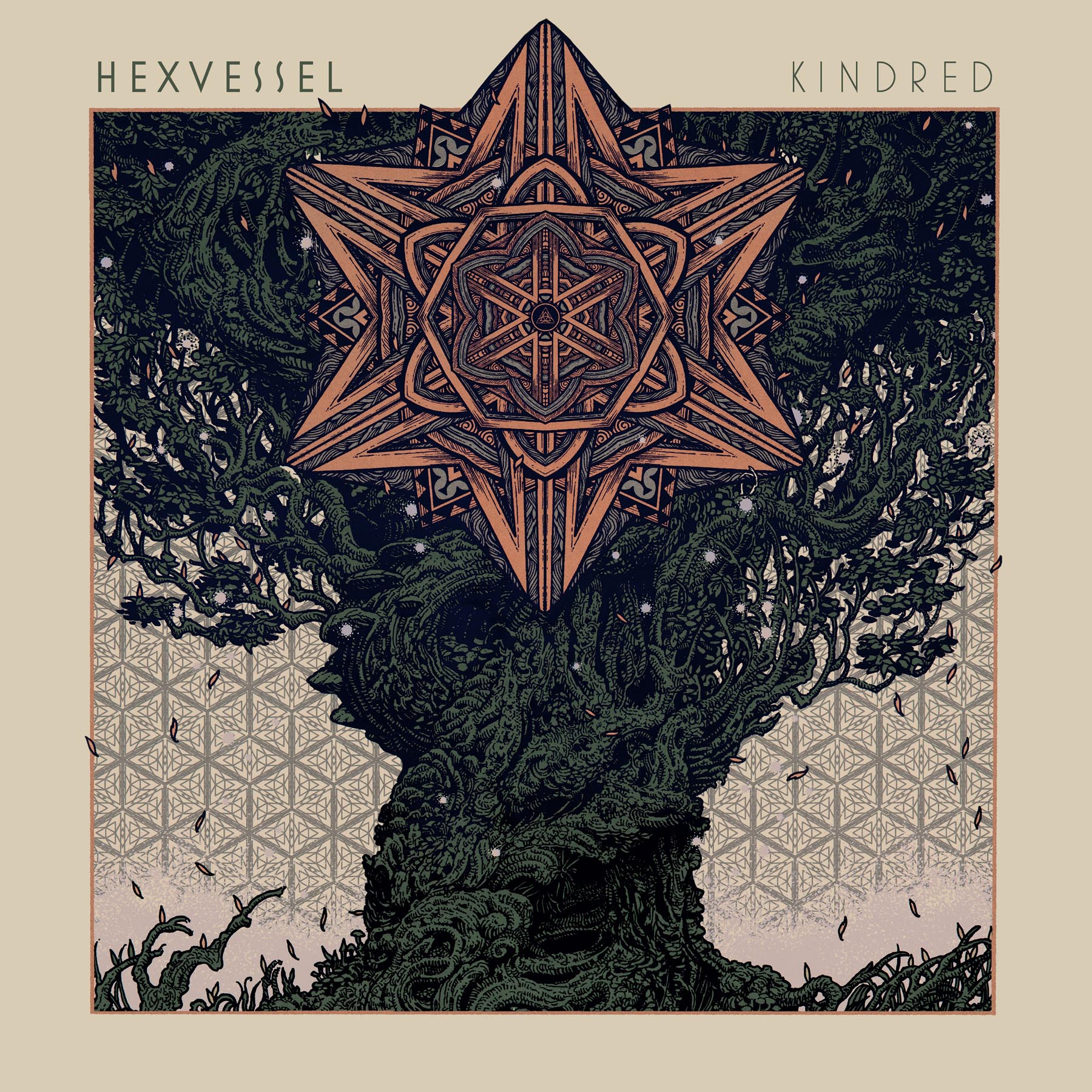 “Family” and old latin titled “Sic Luceat Lux” are the only 1 minute and something instrumental and both immediately made me think to Black Sabbath “Fluff”, “Embryo” and “Orchid”, not only for the structure but for also for the atmosphere. “Magical & Damned” is again open and woody in his own manner going back to that real personal feeling contrasting with the more psychedelic and mantra like acoustic of “Joy Of Silence” which closes the album. This last song made me think of some similarities on the approach of the music with Uffe Lorenzen “Triprapoort” album.

Psychedelia has a polarizing effect on many listeners and sometimes I understand while we are not that attracted to an album labeled as psychedelic. This happens when in the name of experimentation (or so-called extra mushroom and lysergic addiction) songs are sacrifices on the altar and it becomes really difficult to follow and appreciate the music and the original intentions of the artist. This is not the case of “Kindred” where the song-crafting is always present and the attention to the formula of listenability is strong. The well cooked mix of folk rock, folksinging and psych rock works exceptionally. The winning point of this album is that it is both strong and delicate; never indulging in the celebration for its own sake. I won’t call Hexvessel as easy listening, but I strongly think that they are not a niche band.

Darker sounding than Hexvessel previous album, “Kindred” has a Dead Can Dance vibe that descends on strong and personal songs. Not many bands or solo artists are today in the position to create so good songs with taste just mixing dark, folk and psychedelia and being able to sound original and intellectually honest