Has anyone else noticed the trend whereby movie promos use the same sound effect, on repeat, for the duration of an advertisement? That was my fear when the two-minute intro track to Haken’s fifth album, Vector, began. But thankfully, after only two uses of said ominous effect, ”Clear” quickly moved on to feature synthesized organs and other keyboard sounds, building a Phantom of the Opera-like background. This eerie soundscape, crafted by Diego Tejeida, is a great setup for the main character of the album’s first proper song.

Absolutely one of Haken’s catchiest and most addictive songs, “The Good Doctor” makes an obvious choice for first single. Once I get past the album’s epic, “Veil”, and make my way through the last three songs, I often find myself anticipating the immense hooks of “The Good Doctor” kicking back in during my next listen. After a short, full-band blitz to start things off, the track reduces to an early and amazing bass groove from Conner Green, quickly accompanied by the electronic drums that rose to prominence on the band’s last outing, Affinity. The first verse kicks in and features a brilliant groove, utilizing vocalist Ross Jennings wonderfully. While this section unquestionably reminds me of Muse, it’s safe to say I found it more enjoyable than anything that band has done in at last 5-6 years. From there, the song ups the accessibility value with a succinct and catchy chorus. It’s also worth noting that the second verse features a pair of brass runs that would make former touring mates Thank You Scientist smile from ear to ear, and I’m right along with them! And while the song format is on the basic side for Haken, it features two short instrumental blitzes and a small electronica section, just the perfect amount of added spice. It’s very rare that a four-minute single would be my favorite track on an album, but “The Good Doctor” may be just that.

While “The Good Doctor” starts expanding on the electronic elements that began creeping in on The Mountain with “Because It’s There” and rose to further prominence on Affinity, “Puzzle Box” fully embraces them, thanks in part to a guest appearance by original Haken keyboardist Peter Jones who programmed the electronic drum beat during the song’s middle section. The electric drums and keyboards form a sonic background quite unlike anything heard before in Haken’s music. During the verses, bassist Green once again shines, and in general I must say how much I enjoyed the boost in the mix he seems to get on this album. After the electronic section, the music gets very hectic for a while, featuring a variety of backing vocal styles. While not quite reminiscent of fan favorite vocal rounds, a la “Cockroach King”, the vocals here do build to a finale that will require some acrobatics from very busy players to perform live. After that the song concludes with the first and potentially only section on the album that really sounds familiar, harkening back to previous Haken efforts.

Several fans have noticed this album’s shorter run time, clocking in at just under forty-five minutes, but it is not without an epic. Which brings us to the twelve-and-a-half-minute song, “Veil”. Although it certainly still sounds like Haken, and doesn’t call back directly back to their first two albums with their noticeable Dream Theater influences, I can’t help but feel there was some musical hangover from Mike Portnoy’s Shattered Fortress.  Those shows saw the Haken folks (minus drummer Ray Hearne) covering Dream Theater material for good chunks of a year. The primary solo section, in particular, could very easily be a trade-off between John Petrucci and Jordan Rudess, ending in a typical unison between guitar and keys. It also is certainly my favorite solo section on the entire album, and masterfully executed. For my money, this piece would have felt right at home on Dream Theater’s Black Clouds and Silver Linings. So it’s no surprise that Mike Portnoy has already nominated it for prog epic of the year, and I tend to agree. The piece is structured in a more standard and straightforward manner than the epics that have come before it, and is glued together with a very catchy and strong chorus. 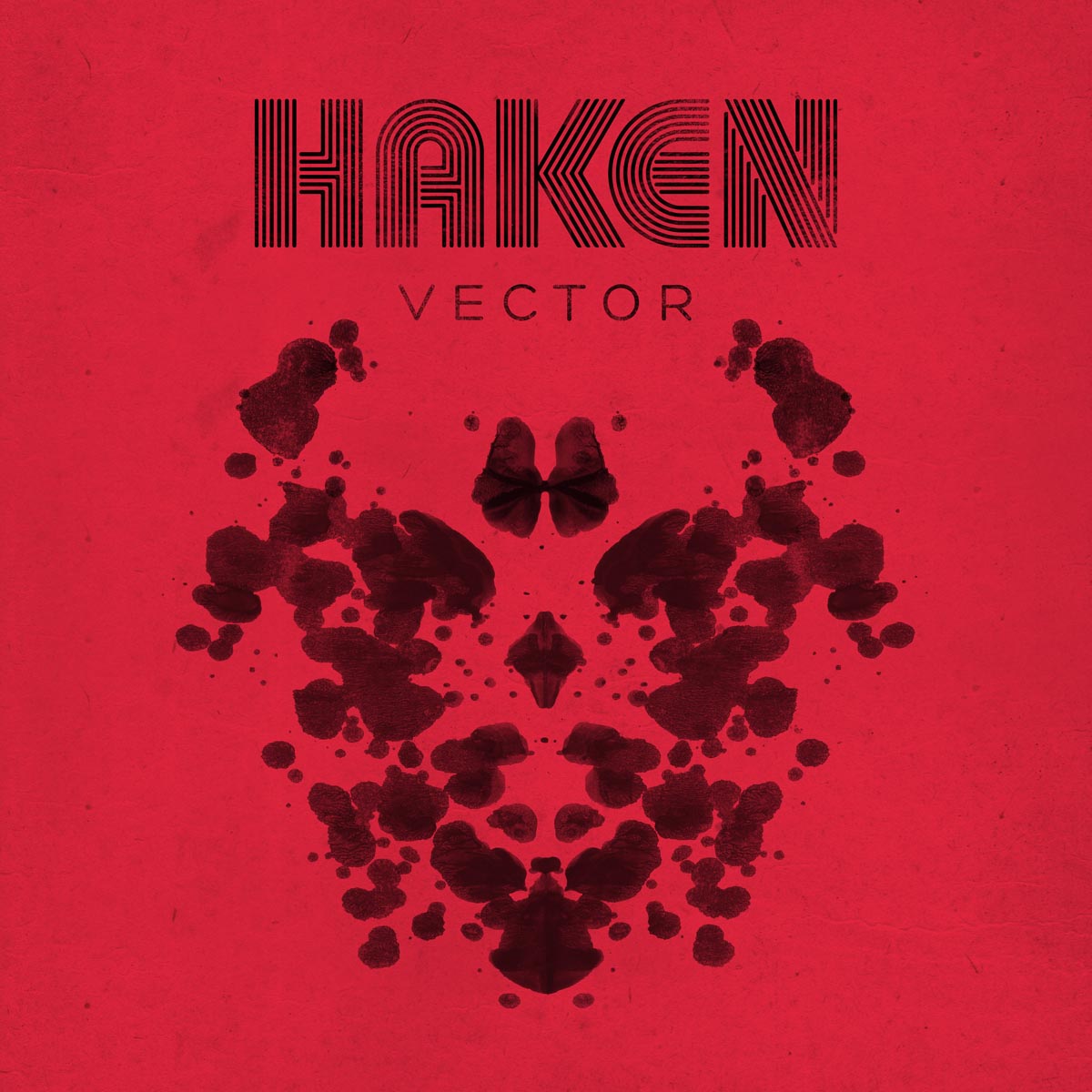 If you haven’t noticed the drums by the time you reach the big instrumental track, “Nil By Mouth”, you certainly will then. A little over a minute into the track, layers are peeled away from the music and Hearne has a section to really shine. Although I’ve never complained about the drum sounds on previous Haken albums, at this point you can hear the impact of Adam “Nolly” Getgood’s work on the drum sounds and mix. They have a punch and impact like never before. And although I hate judging production on MP3s, and non-premium bitrates at that, my early impression is that this will be the best sounding Haken album to-date, and certainly a step up from the already great sounding Affinity. Along with the drums, there are noticeable improvements in the bass mix as well as the final vocal product, perhaps helped by vocalist Ross Jennings flying to Mexico to record at Tejeida’s studio.

In the lead up to this album, the operative word used by the band in interviews seemed to be “heavy”, and the press release for Vector states as follows: “(Haken’s) fifth studio record sees the band going in a heavier direction with the music. ‘We’ve always had a heavy influence’, explains guitarist Charlie Griffiths, ‘but it was obvious from the riffs that were naturally coming out of us early in the writing process that this would be a more metal album. These are some of the most riff driven songs we’ve ever written.’” But I think it’s worth examining the seeds that plant in the listener’s mind. I suppose it’s safe to say that, for me, the album didn’t come off as particularly heavy. I think it would be more accurate to say that it doesn’t take its foot off the gas as often as previous albums. The softer sections are less common, and typically not as long or developed when they do appear. Growls and other such vocals are not to be found on the album (fans like myself rejoice!), and I wouldn’t say any particular section is heavier than what Haken have done previously. The album was also described as riff-based, a descriptor I certainly find validity in, though ironically I consider the instrumental MVPs of the album to be Hearne on drums, Tejeida on keyboards, and Green on bass, rather than the riff factory guitar duo of Richard Henshall and Charlie Griffiths. That said, the recently mentioned “Nil By Mouth” is a riff-driven monster of an instrumental that shows that aspect of the album turned all the way up. Some may find this unrelenting approach to give the album a somewhat one dimensional edge that may wear on some listeners, but to those that appreciate the style I don’t think there will be any issue taking the musical ride.

If there is something of a breather on the album, it would be the penultimate track “Host”. The song goes for over four minutes before it picks up to the intensity seen on the rest of the album. It’s no surprise that singer Jennings can really shine during those opening minutes. But even this step back is not as soft as, say, “As Death Embraces”, but more like “Earthlings” or “Deathless”

Jennings continues to shine on the final track, “A Cell Divides”, which features some of my favorite vocal melodies on Vector. This final act also contains one of the most interesting drum patterns from Hearne during the intro, which is saying something as the album is packed full of them. The track cuts down to nothing but a soothing synth pulse a little over halfway through, before building to the fast-paced ending you’d expect from this album. No doubt you want more after the album ends, but the good news is that you’re just one click and two minutes away from “The Good Doctor” on your next spin through.

Although I have referenced some similarities to other bands such as Muse, Dream Theater, and Thank You Scientist, Vector is clearly a bold new direction for Haken, which is becoming somewhat of a trademark. After the breakout success of The Mountain, one might have expected a similar album to follow. But Affinity forged new ground, brought greater success, and saw them reach even more of the world on the tours that followed. Now the band has turned its back on Affinity, and is again exploring uncharted musical territory. Which is apt, as the Vector tour (or Vectour) will see them push into South America for the first time. With each new album, the band seems to invigorate new ears, and particularly youthful ones, allowing them to develop ever further as a band. There is no reason to believe that Vector won’t continue to expand their audience and reach while continuing to please most fans already along for the ride.

*** Special thanks to Rich Sullivan-Jones for his extensive notes and editing of this review! ***

The only major strike against Vector, if it really is one, is that we only get forty-five minutes of music. But that’s all good in my book, as the band seemed to go with quality over quantity in delivering a brilliant album that might be their best sounding yet. It shows off some fresh new styles, and sees the instrumentation again finding new sounds and rhythmic approaches, all of course centered around the group’s always-solid songwriting.