They say variety is the spice of life. If this is true then Graveyard have truly delivered on their fifth studio release Peace. After announcing a breakup in September 2016 quickly followed by another announcement of their reformation in January 2017, the boys from Gothenburg are truly back. Peace offers (pun intended) an anticipated return to form with a thick slab of dirty guitar goodness. If you’ve followed the band since their inception in 2006, or anytime in the decade plus since, then you’ll know to expect the unexpected. While, in my humble opinion, their last album Innocence & Decadence was a bit of a let down compared to classics like Hisingen Blues and Lights Out it still stood stronger than most in the retro stoner doom genre.

To anyone who has followed Graveyard throughout their career it comes as no surprise the band’s passionate display that utilizes a wide variety of styles and moods. Peace starts off with the fast and furious guitar driven, anthem laden rocker “It Ain’t Over Yet”, which sets you up to knock you down with “Cold Love” that takes it down a notch. By the time you get to the moody ballad “See The Day” you’re engulfed in this trip you’re on. When the dirty desert groove of “Please Don’t” fires up, you’re left with so much sand in your butt crack, Kyuss would be envious. Joakim Nilsson sings his heart out on “The Fox” while leading you down the rabbit hole of their classic rock influences on “Walk On”. The slow and moody “Del Manic” throws another curve ball of emotions at you. The riffalicious Neil Young-esque of “Bird of Paradise” with it’s killer shuffle beat and catchy melodies is a stand out track. The killer guitar groove of “A Sign Of Peace” is offset a bit with the somewhat cheesy lyrics. The album closes strong with “Low (I Wouldn’t Mind)” that has such a killer snare beat provided from new drummer Oskar Bergenheim it would leave a tear in Golden Earring’s eye. 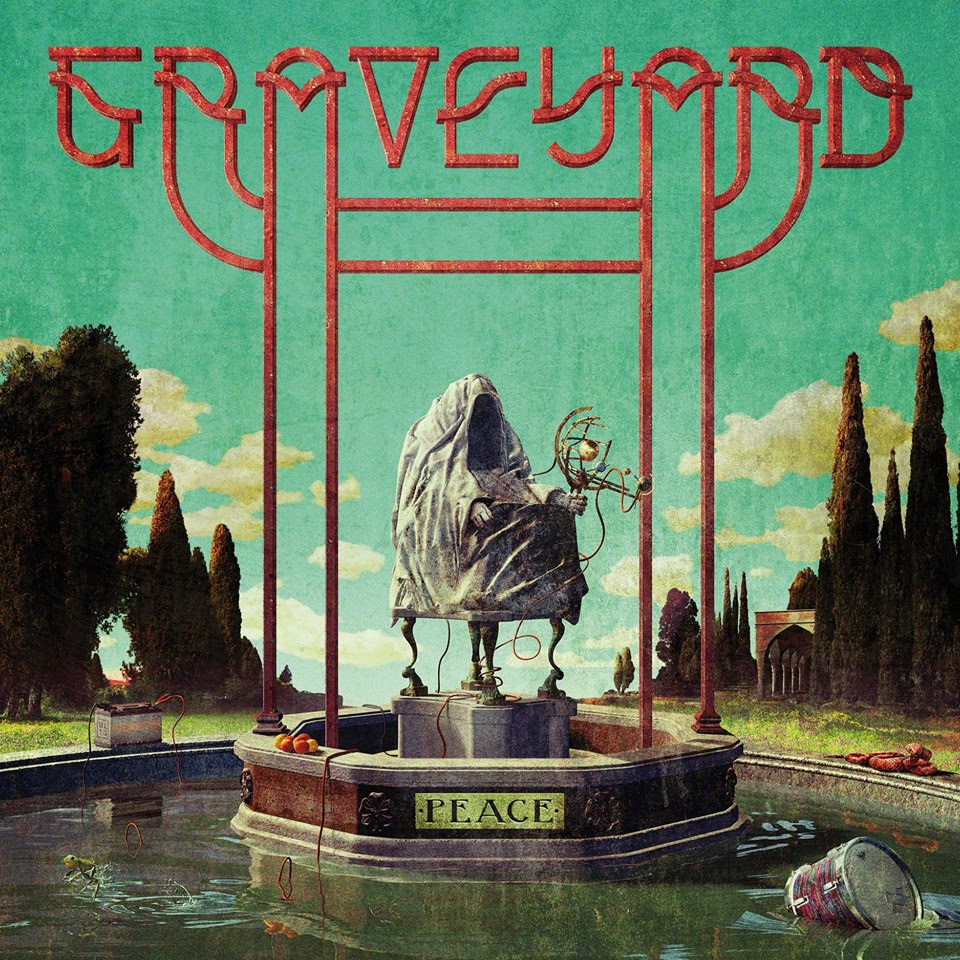 While much have been said about the album’s production, curiously this is probably my biggest complaint. It’s a bit muddy and drums are buried at times. While I can appreciate the return to simplicity that producer Chips Kiesbye tried to bring, it just fell a bit short. Especially when bands such as Witchcraft, Kadavar and Clutch have already done it so much better. I can, however, envision these songs carrying strong live and look forward to seeing it in person someday soon.

Graveyard have gone back to their roots, whilst also evolving and finding creative outlets to showcase the band’s softer side and influences, expertly combining every creative drop of what there is to know, hear and love about them in 2018 to create a record that showcases both their experimental and heavier side without forsaking the true essence of the band. Well done.

“Peace” is a strong release and a return to form for Sweden’s Graveyard. It has ample songwriting and walls of guitars but the production standard is lowered some. You know what you’re getting from them, a nice slice of throwback sludge to drop the needle into.