After wiping out everything in its path with “Magma”, French progressive metallers Gojira return to tear apart and conquer once again the metal scene with the release of its seventh studio album “Fortitude”, in which its constantly changing sound, and its evolving vision, suitable merges with its recurring environmental and social activism.

“Fortitude” continues in the same vein that the French behemoth has followed throughout its discography, in which its music constantly defies all categorization and typecasting. Its latest bang results in a daring, challenging, and dense ride that will allow them to continue achieving higher levels of notoriety and position them at the head of countless festivals worldwide.

One of Fortitude’s greatest assets is the way it unfolds at pleasure among varied approaches. From being able to tackle furious beats and crushing riffs that add to the ferocious atmosphere portrayed, to deliver melodic components that allow the album to explore anthemic passages where melodic hooks become the driven component, Gojira threatens to set live audiences on fire with some of these new tracks.

Without wasting any second, the opening track “Born For One Thing” starts the technical deployment of Gojira’s massive chops, where drummer Mario Duplantier’s rampaging beats guide the heavy grooves in which stirring riffs endow aggressiveness to this chant about how we face our own mortality.

Known for their environmental activism, “Amazonia” is Gojira’s protest towards the deforestation of the Amazonas and its devastating effects. Their effort not only seek to address such issues through this track, but they actively took action on the matter by donating proceeds from their objectional song to the Articulation of Indigenous Peoples of Brazil, who advocate for the cultural and environmental rights of the Amazon’s indigenous tribes. The angry chant commanded by Joe Duplantier’s switching vocals adds to the progressive aspect of their musical spectrum by adding aboriginal instrumentation to their already eclectic mix, showcasing their ability to surprise the listener with their unpredictable direction continually.

Things get even darker with the ominous search of “Another World”, where demolishing riffs dictates the song’s anthemic tone as it flows into a catchy chorus and sing-along lines that will ring in thousands of churning throats across several arenas. Continue with the record’s dynamism, “Hold On” opens with a harmonizing intro that provides a melodic component while leading to the superb guitar work between Joe’s audacious riffs and Christian Andreu’s thumping soloing. 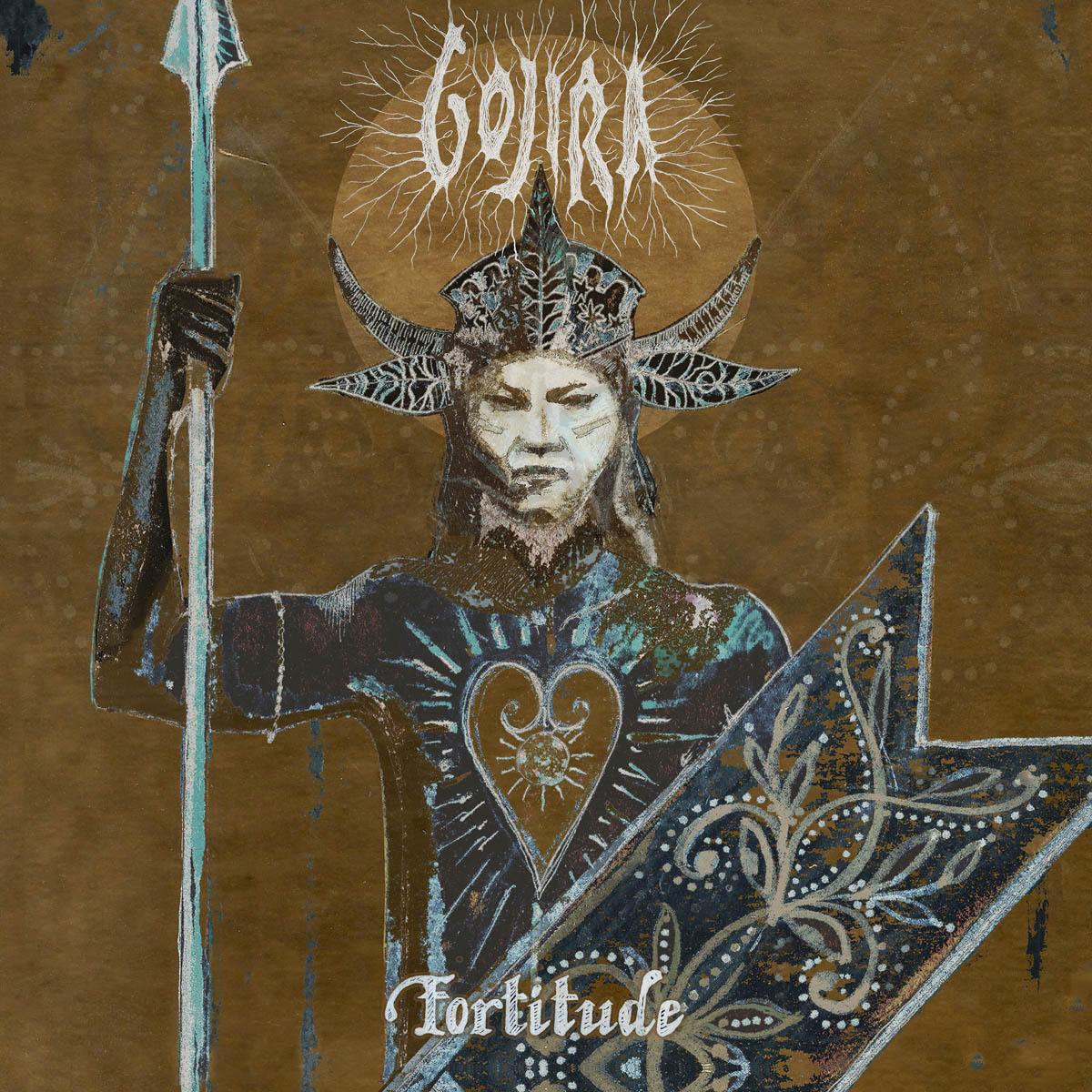 Title track “Fortitude” consists of a slow tempo instrumental trance that, with its looseness, predisposes the listener to the healing ritual, as described by the band, that “The Chant” implies. Gojira delivers a hypnotic psalm full of stoner, blues, and alt-rock vibes on such track, resulting in a melodic yet heavy, addictive, and mesmerizing tune. Gojira has exponentially multiplied my live music needs with tunes like this and will surely do the same to the listener.

Going back to the heavy aspect of the record, “Sphinx”, in which Joe Duplantier’s reserves his most vicious and roaring growls, and “Into The Storm”, encloses some of the heaviest passages across “Fortitude”. For this pair of tracks, the rhythm section composed of Mario and bassist Jean-Michel Labadie performs impressive, highly technical, and bold grooves that allow reaching a level of great intensity and ferocity, the same energy that will follow during the closing track “Grind”. For such song, Gojira displays the heavy artillery with brutal, smashing, and frantic musicianship that slowly but steadily starts to fade away as the record approaches its end.

Overall, “Fortitude” sees the French colossus returning to scene with an astonishing record full of memorable moments that come off from their eclectic and defying blending of musical approaches. Their broad-spectrum ranges from straight aggressiveness, bold, progressive moments, and a technical display of mastery while keeping melodic hooks that resonate with the anthemic spirit of many of these meaningful songs, which millions will sing along at every major festival around the world.

“Fortitude”, the latest claw of ferocious Gojira, is a daring, defying, and provocative record full of aggressive, heavy, and technical moments that ingeniously converge with melodic hooks, resulting in a collection of anthemic tracks ready to explode down the throats of countless fans around the world. It will also increase the band’s notoriety and will surely boost them as headliners of numerous festivals worldwide