The undead set sail for even darker seas.

Few subjects can hope to be as poignant and dark as that of one’s demise, be it that of the collective endeavor of a metal institution, or even the mortal end of one of said institution’s more treasured individuals. Ghost Ship Octavius brings a clear sense of credibility to the pursuit of musical darkness as it was born out of the concurrent demise of two prominent modern metal acts in the American scene in God Forbid and Nevermore respectively. Stylistically they’ve tended a bit more towards the latter band, perhaps in no small part because former God Forbid guitarist Matt Wicklund was himself a one-time collaborator with Warrel Dane through said Nevermore front man’s solo project, yet they’ve also managed to carve up a fairly unique progressive niche of their own that more closely resembles the smoother, more atmospheric character of Scandinavian progressive outfits running in similar circles such as Anubis Gate and Communic.

Though a clear break was made from this band’s Nevermore roots from the onset with their eponymous debut, their recent studio follow up Delirium further cuts ties with the ultra-technical, mechanistic monstrosity that dominated the 90s and 2000s with something far more melancholy and nuanced. Some of this lay in Wicklund’s more melodically tinged lead guitar work, which contrasts with Jeff Loomis’ flashy technical approach quite heavily, and also a greater degree on consonant, smooth keyboard elements that serve to further soften an otherwise heavy and fatalistic musical foundation. But the biggest contrast by far is the vocal work of Adon Fanion, who is about as far of a cry from the admittedly exaggerated and at times overdone mellow drama of Warrel Dane. Despite being from the same dreary urban swath in the Pacific Northwest, Fanion’s smooth and fairly conventional croons, accented with the occasional gritty shout, would seem to be more appropriate to the likes of Threshold or Vanden Plas, yet works masterfully in this capacity.

Naturally with any summation of a band’s signature sound there are a number of caveats, and in this album’s duration, it comes in the form of a fair collection of heavier songs that come off as revisions of something that could have made it onto Nevermore’s The Obsidian Conspiracy. The most auspicious of these crushing, down-tuned fits of sonic punishment is the brief yet brutal “Saturnine”, which sees Adon putting a bit more throat into his vocal assault at key points, and also finds Wicklund’s riff work getting notably busier and more thrashing. All the same, this punchier approach is tempered with a smooth and poised clean sung chorus that is far more organized and effective than Dane’s often scatterbrain and overdone bellows, and similar displays crop up on the more mixed up hybrid of balladry and power that is “Chosen” and the mid-paced and almost hard rocking “Bleeding On The Horns”, and is correspondingly adorned with a more measured degree of vocal drama and grit. 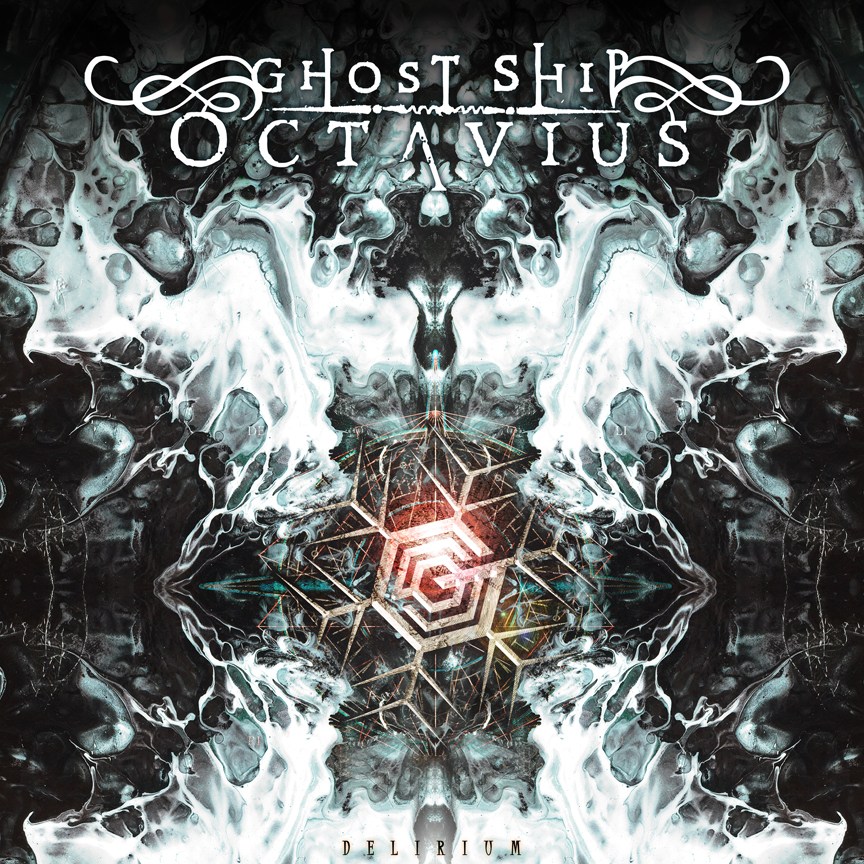 Having said all of that, this is an album that is more in line with the ironically convention, and very much symmetrical songwriting approach that has been a staple of the less “out there” progressive acts to come forth since Dream Theater and Fates Warning first put the style on the map in the late 80s. Beautifully realized hybrids of atmospheric splendor and impact-based, rhythmically involved riffs and beats such as “Turned To Ice”, “Ghost In The Well” and “The Maze” have that combination of intricacy and brevity that hints at where the style was in the early 90s, yet painted over with a modern sense of sonic darkness that likewise recalls where things have gone a bit more recently. But more so than anything else, the really good progressive acts know when to pull back the technical elements and throw out a good catchy hook to keep their audience engaged, and no clearer example of this is there than that of “Far Below”, arguably the best song this band has ever put together and one that succeeds where many of Nevermore’s supposed hit songs missed the mark.

Though much of this material was likely written prior to the late 2017 passing of metal legend Warrel Dane, the generally somber and abstract character of this album could be seen as a final tribute to Wicklund’s and Van Williams’ former compatriot. My author of this review was largely ambivalent regarding Nevermore’s seminal offerings, but even he would be remiss to understate Dane’s lasting impact on the present American scene, which lives on to a fair extent through the ongoing exploits of those connected with both Nevermore, Sanctuary and his own solo project, not to mention several recently formed bands paying tribute to the unique niche he pioneered following the close of the 1980s. Regardless of whether one counts himself a fan of Nevermore or not, this is a truly breathtaking excursion into progressive metal that any avid follower of the sub-genre should experience.

Just after the eulogy of a career fraught with mixed excursions into darkened corridors ceases, a more conventional rebirth touched by a very similar darkness rears its head to both pay tribute to and surpass the original