Metallic vignettes from the dark side.

The one downside to an ever-expanding scene is that pushing the envelope and offering up something truly original becomes increasingly difficult. That elusive sweet spot where a metal band mixes together the right influences and comes out with something that can barely be subject to a specific sub-genre seems rarer with each passing year. But every now and then a group comes along that throws the existing paradigm for a loop and reintroduces that Wild West spirit that originally defined heavy metal back in the 70s and 80s, albeit with an obviously current day twist. The peculiar case of Italian quartet Gatecloser is the latest representative of this non-conformist approach, coming into the scene at a time where the world is in a state of fatigue over all the craziness that has gripped it no less, and offering up one of the most atypical modes of metallic splendor heard in recent memory via their debut “From The Wasteland.”

Per this outfit’s own testimony, their sound is described as alternative metal between thrash and power, but a more apt description of this album would be power/thrash that has adopted a latter 90s and 2000s alternative aesthetic. Bands as diverse as Metallica, Motorhead, Godsmack, Him and Dio are listed among their many influences, but the resulting sound often comes off as more high-impact and explosive than what is normally associated with any of these bands, leaning almost into the sort of territory reserved to the likes of Mystic Prophecy and Iced Earth. Much of this owes to a wildly bombastic performance out of drummer Alessandro Cupici, who’s double kick happy bursts and frequent fills betray a speed metal drummer trying to box himself into a groovier template, while lead guitarist Matteo Corbara’s shred happy guitar solos reminisce upon a number of prominent virtuosos in both the metal and rock world.

Then again, while this band’s technical execution is far more kinetic and impressive than a typical 90s alternative rock band, there are definitely some obvious flourishes that point to a number of unconventional influences. Much of this focuses upon the unique vocal approach taken by front man Stefano Tarroni, whose more mid-ranged, gritty approach tends to resemble a number of early 90s personalities such as Mindfunk’s Patrick Dubar and Faith No More’s Michael Patton, though at times he’ll veer into a subdued croon that sounds like a lighter rendition of Ville Valo. Furthermore, the riff work tends to shift frequently between a more thrashing metallic fervor and a modern rock punch, to the point of vacillating between styles within each song. Between the sheer bombast of the rhythm section and lead guitar approach, and the more restrained character of the vocals and rhythm guitar, it all but becomes 2 separate bands locked in combat with each other.

Nevertheless, this highly varied stew of influences finds itself coming together to form a near perfect unity around a singular theme of Gothic storytelling that rests fairly comfortably within the mid-90s, though formulated close to something that could have been heard out of a number of power metal bands from the early 2000s such as Guardians Of Time and Mob Rules. As a conceptual work, “From The Wasteland” is a supernatural series of short stories that could be likened to Cloud Atlas in terms of its complex series of characters and how loosely connected they are, yet communicated through the darker and more cynical world of The Crow. Indeed, the same Norse-inspired concept of the black bird tied to the land of the dead and a soul returning from said realm to avenge the wrongs of the world is presented as the main protagonist, yet with a sinister supernatural persona above him carrying the band’s moniker as his own and shaping the world that the album describes. 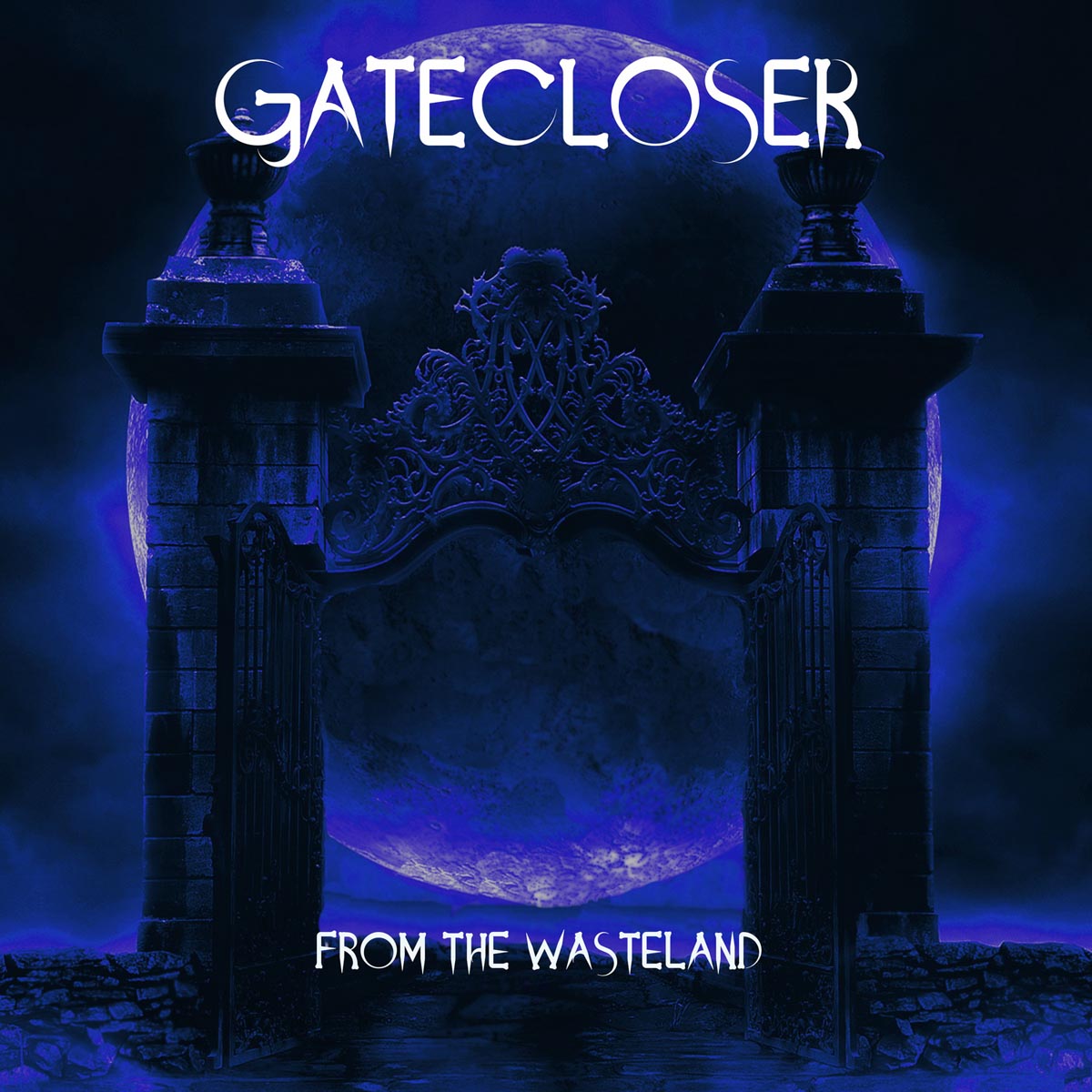 ‘”From The Wasteland” Album Artwork

The album itself conforms to this vivid series of tales appropriately, consisting of a haunting ambient intro with a creepy, Gothic narrative to set the stage for a series of musical twists and turns. Most of what follows is an aggressive series of metallic crushers that often shift into more rocking territory and back again in short order, with the infectious fanfare of “The Crow”, the gang-chorus steeped thrashing after the mold of Anthrax in “Bury Him Alive”, and the power metal-tinged speeder “Death Parade” being among the highlights; though the slower, progressive groove romp with an occasional side of Iron Maiden that is “King Of The New Dawn” is no slouch either. Interestingly enough, this band also shows a great deal of strength during their forays into acoustic balladry, with both “Will Of The Dark” and the closing epilogue “…They Will March On” listening like a homage to the softer moments of W.A.S.P.’s “The Crimson Idol” mixed with elements of Alice In Chains’ “Jar Of Flies.”

This is one of those bands that will definitely be interesting to watch in the coming years, as they’ve developed a highly elaborate stylistic niche that has many potential avenues left to explore, not to mention a foundational storyline that could span at least as many sequels as the Alister Vale series of Orden Ogan. Their first LP presents a series of songs that can appeal equally to the rock and metal worlds, though it may ultimately find its most receptive audience among the modern thrash and Gothic metal crowd. It’s also one of the lone examples of how an alternative rock sound can assimilated into the metal genre without sacrifices the impact and edge that makes the latter work. It’s a bit of a grower and those looking to understand what is being conveyed lyrically will likely spend a fair bit of time reading the liner notes, but definitely among the more distinctive offerings to come out in the past few years.

“From The Wasteland” track-listing:

The grand days of conceptual story telling have returned to the metal world with a vengeance of late, but few can boast the level of stylistic originality that has been woven into this series of tangential tales put forth by four Italian up and comers.