Fans of 70s anthemic classic rock, rejoice! The spirit of that era is alive and well with Franck Carducci, whose third album “The Answer” brings more than a little prog-rock to the formula as well. Hailing from France, Carducci’s name has quickly been on the rise this past decade as his rock ’n roll circus band has garnered accolades for their lively show throughout countless concerts. Short on originality but long on enthusiasm and sincerity, this talented band brings the fun back to rock, in all its majesty, pomp and over-the-top delivery (as Spinal Tap so appropriately spoofed). This third album will likely continue to bring Carducci new fans and attention, with plenty of material that holds promise for a remarkable live concert experience.

The title track “(Love Is) The Answer” heralds the news that the Franck Carducci band is taking it up a notch as shimmering 12-string acoustic guitar, synth, didgeridoo and a strong chorus of singers welcomes the listener in the first minute. The song continues to progress replete with Close-to-the-Edge-keyboards, punchy bass, a spacious guitar solo and an anthemic chorus that just won’t quit. If this is your first introduction to Franck Carducci, these 8 minutes will likely make you a believer. This song isn’t only a highlight of the album, it’s one of the best of the year. Trading in the keyboardist’s cape for leather pants, the arena-ready “Slave To Rock ’n Roll” follows and we can only imagine the smoke bombs and laser lights erupting in celebration. It’s nothing but a good time, a well-executed classic AOR hit that you didn’t know you’ve been missing. Tonight I’m gonna rock ya.

“Superstar” brings back the progressive rock edge to the classic rock vibe, even as the beginning arpeggiation conjures memories of Triumph hits gone by. Telling the tale of Arion Superstar (Carducci’s alter-ego), who was also the hero of the previous “Slave to Rock ’n Roll”, the story gets a little long-winded at times but musically there’s enough muscle in the arrangement to warrant the 12 minute saga. This should make for a good one on the stage. “The After Effect” continues in the mini-epic vein with another 10 minutes of well-executed performances. While the instrumentation and arrangements have plenty of prog-rock sheen, Carducci feels more classic rock in his soul, but it makes for an enjoyable combination. 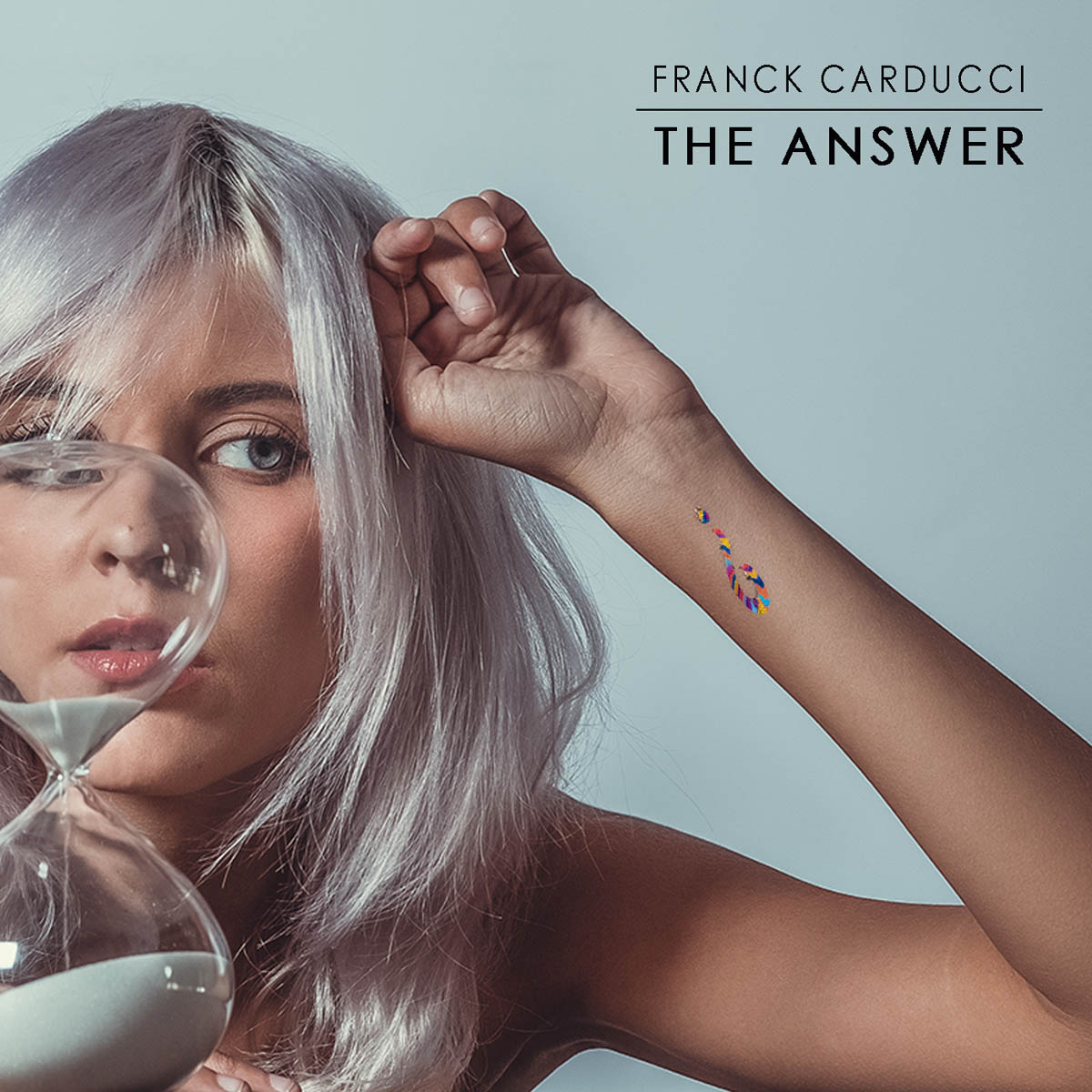 After the introspective interlude of “The Game of Life”, sung over a duet of piano and trumpet, the album proper closes with one final 11-minute track, the bluesy “Asylum”. With a killer organ solo from Derek Sherinian and a true “Rock and Roll” drum solo, this song has a bit of everything in it to get your head banging and fists pumping. Two more pieces are tacked on afterwards – labeled as Bonus Tracks – and while these mostly-acoustic arrangements have charm to them, it leaves for an unsatisfying lack of closure: does the album go out with the bang of “Asylum” or with a whimper on “Beautiful Night”’s meandering synth outro? It might have felt like a more complete recording if a clear choice had been made.

At times ambitious and creative, at other times joyfully derivative, Franck Carducci is keen on putting the FUN back into rock. “The Answer” offers a colorful cast of characters whose mission is to fulfill the rock and roll dream. With any luck, the future will continue to develop brightly for Carducci as he invites the listener to run away to the circus with him.

Franck Carducci’s band apparently has access to a time machine, as their ability to channel the 70s world of prog rock and roll is impressively engaging. With a modern production and considerable skill at hand, this flashback sounds familiar and fresh at the same time