Third time’s a charm? Considering Flying Colors’ short career, there’s been plenty of charm already with two celebrated albums under their belt which have touched on power pop, mini prog-epics, ballads and more aggressive fare. Given the strength of those two releases and their rockstar status, they have little need to prove themselves further. But after five years it seemed time to bring their collective creative forces together again and give us the Third Degree. Steve Morse, Neal Morse (no bloodline relation despite sharing the same last name), Casey McPherson, Dave LaRue and Mike Portnoy make for one colorful ensemble, so let’s see what they have up their sleeves for album number three.

One point is easy to make right at the outset: Casey McPherson is the star of this show. Yes, he’s got one of the best bands in the world behind him, but these songs have for the most part been written to feature the lead singer and the emotional melodies therein. More than ever before, McPherson is that lead singer. Neal Morse has less lead vocal moments than on the previous two albums, as does Portnoy, leaving Casey to more deeply explore his role as the lead man. And this is very good thing. Whether it’s stretching out aching notes on rockers like “The Loss Inside” and “More”, angelically dipping into his falsetto on “Cadence” and “Crawl”, or delivering a close-to-his-heart ballad about rescuing stranded neighbors during Hurricane Harvey in “You Are Not Alone”, he knocks it out the park. McPherson’s combination of emotion, power and vulnerability makes him the ideal singer to deliver these new sonic creations, and thereby gives Flying Colors one of its signature palettes.

Steve Morse has been legendary for five decades, so it’s a joy to see him actively contribute to this ensemble. He has always approached Flying Colors with a more toned-down style than the fret-board frenzy of his self-titled trio or the Dixie Dregs, which may in part be due to his more calculated approach to the guitar given physical issues in his wrist over the past decade. But his delivery serves this material to a T. His tone and technique are still unmistakably Steve Morse through and through and on this album he shines in both his writing and performance. His technique of artificial harmonics shows up in a number of places, like the intros to “You Are Never Alone” and “Cadence” – though the latter has a curious similarity to their previous song “Everything Changes” in the first few notes. Album highlights for Steve include the middle section of “Guardian” where he offers a transcendent solo over the boys singing “Ahhhh”’s in 9/8, the shredding solo on “The Loss Inside”, or the extended sustained double-guitar notes in “Crawl” and “More” which intensify McPherson’s vocal performance

Best known for his work with Steve Morse, Dave LaRue succeeds in being a dependable rock-solid bassist but also in bringing his punchy attack to the fore more often than one might expect. At Neal’s suggestion, LaRue takes a full minute to develop an engaging solo during the latter part of “Guardian”, whereas his bass playing takes the role of melody-keeper in parts of “Last Train Home”. It is LaRue’s bass lines on “The Loss Inside” that help drive the emotion underneath McPherson’s delivery, as well as countless other places on the album. His funk tour de force on Third Degree is the infectious “Geronimo”, an album highlight where the band channels Steely Dan and Toto while still keeping it identified as Flying Colors. 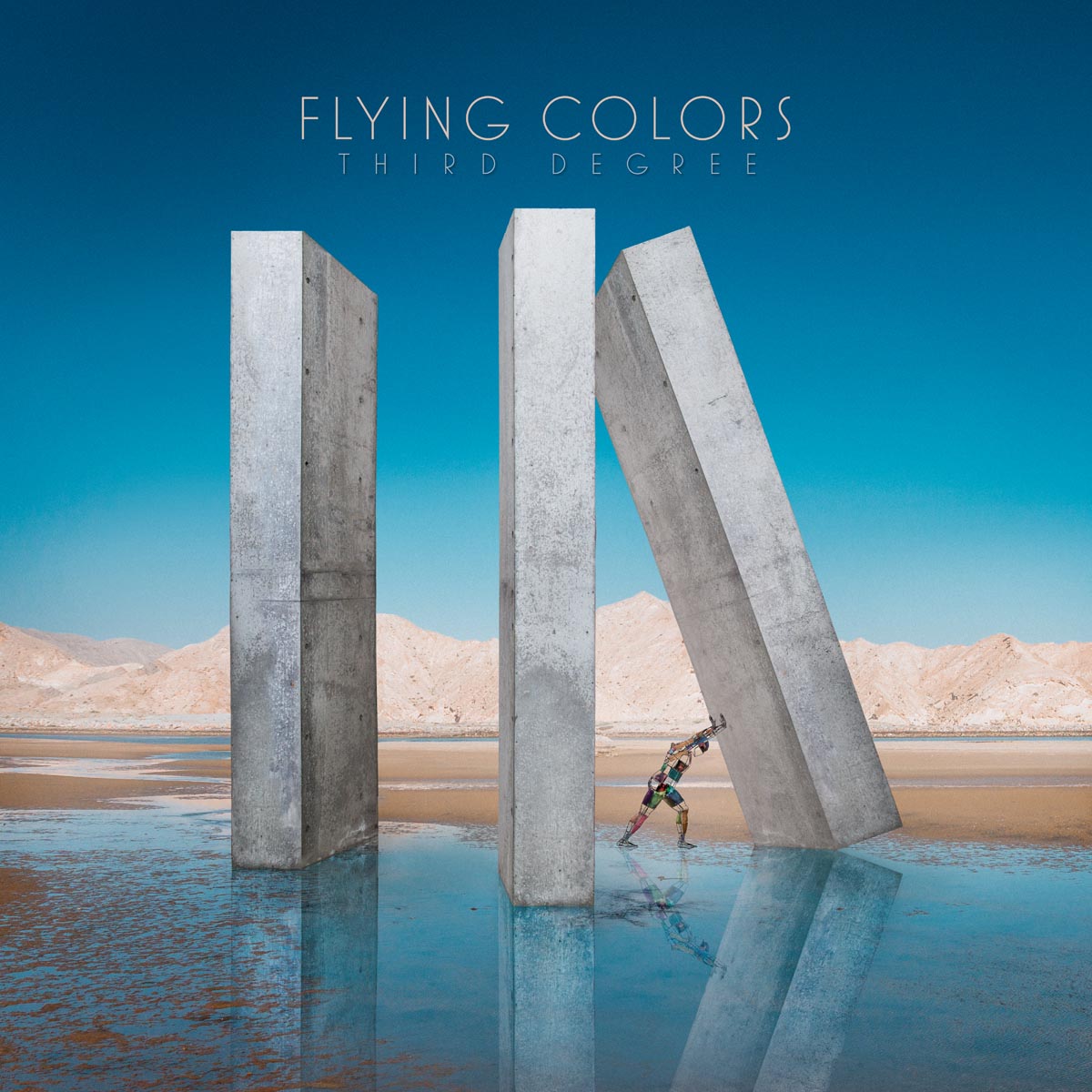 Mike Portnoy elevates any band he is in by much more than a third degree, as evidenced in pop songs like “Kayla” that are transformed into a drum masterclass. On the new album his precision and attack is present on nearly every track, delivering extra intensity on “More”, “The Loss Inside” and the finale of “Crawl”. Unlike some of his other bands and projects, Flying Colors offers a platform for Portnoy to blend in with his band-mates, allowing the focus be on the song and not as much on the showmanship, and this has never been more the case than on this new album. Likewise, most of his vocals are in a more supportive role of blending into rich backup support rather than being out in front. All this is to say that Flying Colors may be the vehicle that affords Portnoy the smallest spotlight compared to his other endeavors, but where he meets his team-player role with skilled expertise.

And that leaves us with the other Morse. Like Portnoy, Neal takes a relative backseat compared to his own band or Transatlantic, giving McPherson the space to shine even more brightly. But this is a compliment, not a complaint, as it better serves the music and the band overall. This is not a band of competing egos, it is a coherent whole where each musician plays his part flawlessly, but leaves plenty of room for his band-mates. Morse has a few impactful moments in the lead vocals, especially on album highlight “Last Train Home” where he enjoys a playful scat section on voice and acoustic guitar, or the enigmatic ending of “Crawl”. But it’s his keyboard playing that stands out, whether a blistering organ solo on “The Loss Inside” or exploring fresh new sounds on “More”. There are inspired keyboard solos throughout the album but equally importantly, he lays a satisfying bed of sounds to support the songs.

The point that is likely coming clear is that Third Degree is the most cohesive outing of Flying Colors yet. There is a consistency to the band which was improved with the second album but has now more fully coalesced. Each member brings the wealth of their own history, but is committed to serving the material first and foremost to make it a group effort. Songs like “Cadence”, “Guardian” and “Crawl” will be Flying Colors classics that wouldn’t have originated from any of the members’ other bands. We are beginning to recognize a signature sound that is solely Flying Colors, which is a welcome development. Add to the wonderful cover created by Thomas Ewerhard, and a beautiful extended booklet designed by Joel Barrios – and available only in the box-set edition –  and you have a marvelous third outing. What Third Degree serves up is an expertly crafted, melodic album that confidently stands alongside the first two Flying Colors releases and holds strong promise for the band’s future.

Flying Colors have more fully established their unique identity with a mature, consistent third album which is melodically strong and diverse. The inherent musical mastery of the band is always present yet doesn’t overshadow their prime objective: serving the song. This makes for one of the best rock/pop/prog bands of the decade, and is a big colorful feather in the cap of its illustrious members