Do we take for granted our place in time and space when we long for the nostalgic embrace of the past, or stretch our arms outwards toward the promised saviors of a distant future? Temporal uncertainty is just one of the conceptual influences which command the dreamy soundscape of “Tar a-Kan,” the deceivingly serene debut album from gothic-industrial band Fellahin Fall. Focused on themes of a contemporary urbana which threatens to swallow both nature and humanity alike, the thick fog of introspection envelopes listeners on a meditative journey across distorted images of oppressive modernity. Tar a-Kan is the name of the narrator guiding listeners on a melancholic sonic journey, telling his story as much with words as with the ever-turbulent atmospherics which surround him. Fellahin Fall’s talented instrumentalists manipulate the electronic tones of an icy science fiction setting to something warmer and far more human, setting the stage for both hope and anguish to fall through outstretched hands.

One of the most engrossing characteristics of “Tar a-Kan” is the tendency to stray away from extremities, both in emotional tides and instrumental execution. Fellahin Fall does not rely on mere shock value to captivate their audiences, instead using a gentle hand to lead their audience across the tides of the inner self in a reflection of believable neutrality. Rather than the crashing waves of an unpredictable ocean, the album provides the gentle rhythmic lapping of a lakeshore at midnight, “Rover” tapping into a steady current of comforting purpose. Where there is an undeniable shroud of grief wrapped around “Tomorrow’s Mourning,” there is also certainty and resolution resounding in a steady drumbeat across its bridge. The hesitant denials that resound in the distorted chords of “My Hollow” are offset by a bold vocal presence cutting through its more ambient mists, mounting stronger and stronger towards its final verse. By straying further towards the greys of the mind rather than the strongest expressions of the self, Fellahin Fall have created an album which effortlessly envelopes the listener in a sea of sentiments which they can effortlessly mirror as “Tar a-Kan” navigates through the ether. 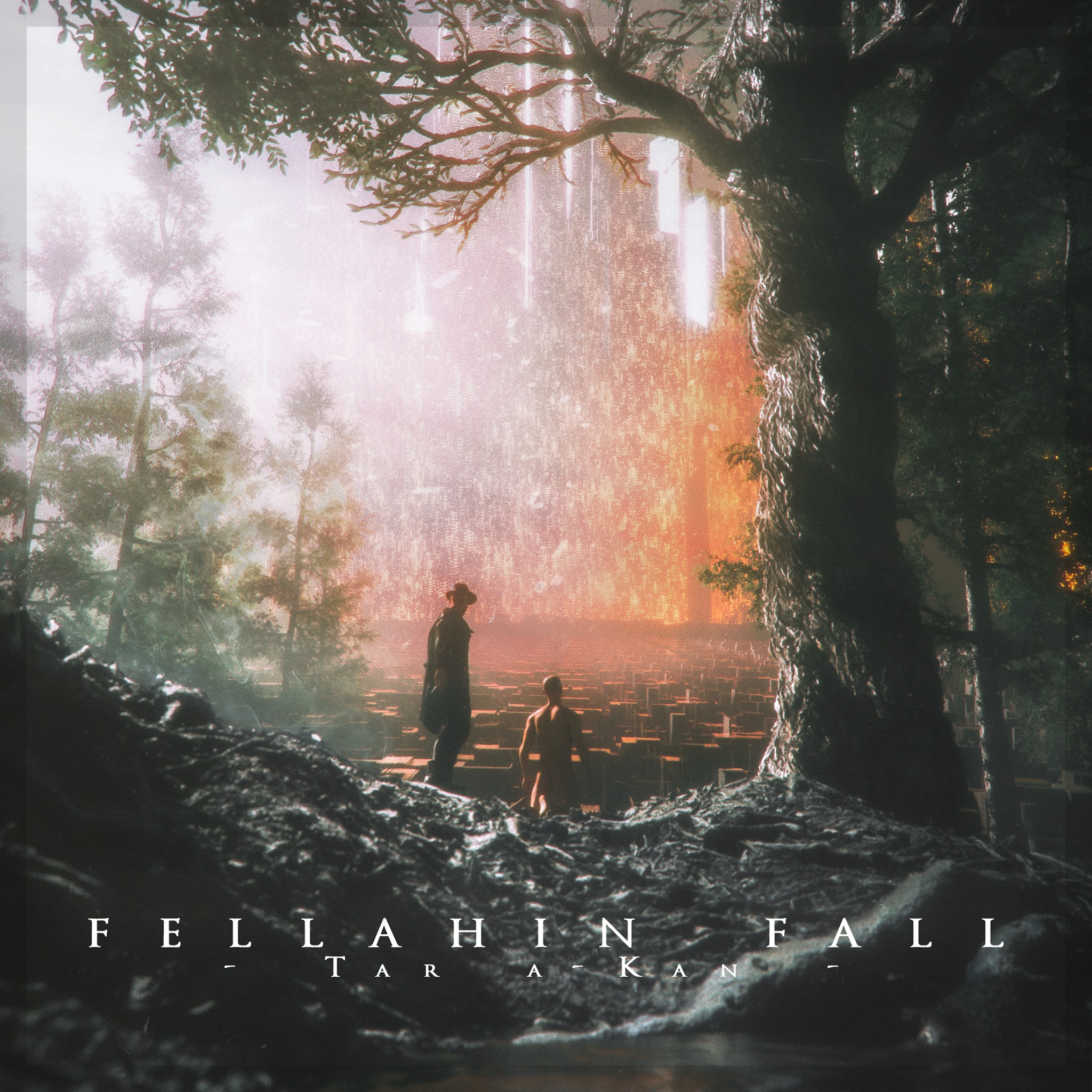 Mastermind and songwriter behind Fellahin Fall is Nodar Khutortsov, responsible for both the keyboards and vocals that give this record its haunting depths. Though never overreaching into severity, the masterful manipulation of synth influences is what makes this album so successful in executing its concept. At times the sound effects are razor sharp and daunting in their futuristic intonations, such as the notable opening notes of “A Fading Whisper” calling on the frightening cinematic visions of a desolate post-apocalyptic future. Yet those same sterile notes soon bend with consistent warmth throughout “Bind,” building as a natural compliment on the delicate unison achieved between the drum’s heartbeat and pensive guitars. “Bind” also sees tender reassurance from the clear bass of Mark Morrill, perhaps the sharpest and most timely presentation of bass throughout an album which largely relies on Morrill for muted atmospherics. This choice in the mix further builds out the lulling depths of “Tar A-Kan,” giving the seemingly boundless stretch of the album’s aura even greater strength as it wraps around Nodar’s vocals until they are simply inseparable.

Patrick Reilly of Tengger Cavalry is given a more forward role as Fellahin Fall’s lead guitarist, showing off his prowess best in “Caught Between,” which is both the heaviest and brightest track on “Tar a-Kan.” A rousing chorus is further elevated by solos that transcend Nodar’s delicate melody on the keyboard, giving Reilly a spotlight that rises above simply painting mellowed highs and lows. The heaviest punches throughout “Tar a-Kan” are afforded to drummer Eugene Bell, his percussive personality providing a strong driving force for the meditative nuance illustrated by Reilly and Nodar. In the thrilling alternative rock inspired reprise track “Rover (Isolate),” the steady drumbeat is the hook which draws listeners in long enough for Reilly and Morrill to ensnare them entirely, but never relents throughout a track which is as lively as it is soothing. Though a deviation from the more sullen tone of the rest of the album, “Rover (Isolate)” offers a brilliant sense of closure to Tar a-Kan’s tale while welcoming bystanders back to an unkind reality.

A soundtrack best suited for silent wanders alone, “Tar a-Kan” has the uncanny ability to make its way into one’s heart and soul, exposing the dissonance of a mankind separated from its roots through the sprawl of an endless metropolis. By tapping into contemporary urban concepts for their foundation, Fellahin Fall creates a universal appeal that gives a thoughtful meditation on the human spirit. “Tar a-Kan” may appear somewhat monotonous at first glance, but the subtle shifts in its timbre give a holographic sheen that reveals something deeper beneath its rippling surface. Both peaceful and unsettling, the monochrome achieved by Fellahin Fall’s clear composition and chemistry among musicians is worth an exploration by all of those seeking something within themselves or the worlds they find themselves dreaming of.

Golden light drifts through a hazy morning fog, illuminating the melancholic atmospherics of “Tar a-Kan” in all of its meditative serenity. Tapping into a science fiction reverence that strikes close to home, Fellahin Fall delivers a taste of gothic allure with captivating melodic depth.