The 1980s were a special decade for metal, where the genre was specially more open-minded and inventive. Acts such as Queensrÿche and Crimson Glory took metal to realms it was completely new to, and their sound was very influential for many modern musicians. As a logical consequence of that evolution, other bands seized the roots of that metal-esque songwriting and delved further into what their forefathers did, adding some uniqueness and searching deeper for a less accessible sound. That was the dawn of the sub-genre we all know now as progressive-metal.

Thirty years ago, one album saw the light of day: “Awaken the Guardian”. It showed a band not only creating their own sound, but stepping outside the boundaries of their time. A monumental execution of a brilliant musical idea crafted in an outlandish way, it became not only a milestone in the band’s career, but also a good definition of “unique”. Its main goal was to be different, which it was successful in doing and, despite being overshadowed at the time of its release by the unveiling of Metallica’s “Master of Puppets”, Slayer’s “Reign in Blood”, Megadeth’s “Peace Sells…But Who’s Buying?” and Iron Maiden’s “Somewhere in Time” to name a few, it continues to be exceptionally appreciated as a complex, esoteric, and I’d dare to say arcane masterpiece. 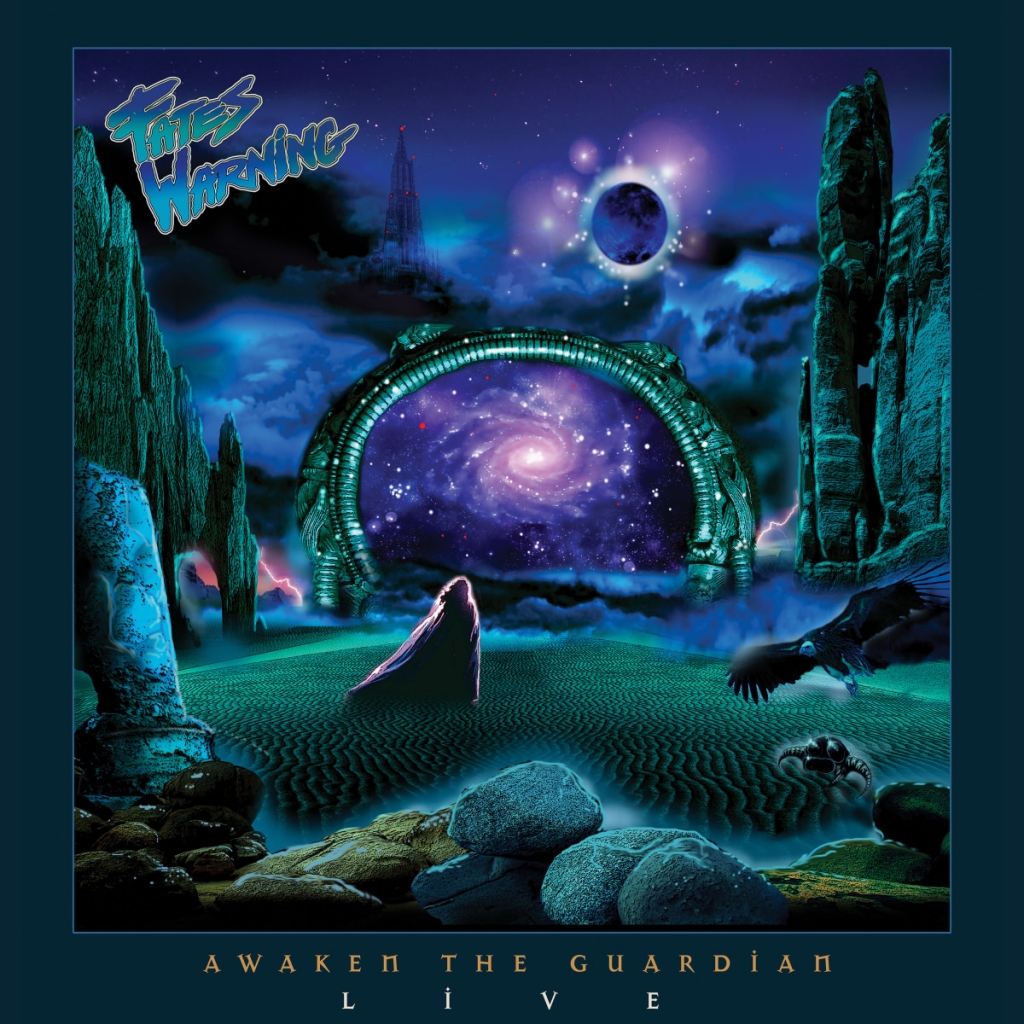 On April 28th, 2017, Fates Warning will officially release “Awaken the Guardian Live”, a celebration of that legendary album which ironically holds the honor as the band’s very first release to debut on the Billboard chart and at the same time marked the end of the Arch’s era. Fates Warning’s mastermind and main songwriter Jim Mattheos reassembled the “Awaken The Guardian” era lineup with John Arch at the mic, bassist Joe DiBiase, drummer Steve Zimmerman, and guitarist Frank Aresti for two special festival appearances last year: Keep It True XIX in Lauda-Konigshofen, Germany and ProgPower USA XVII in Atlanta, Georgia. At both shows Fates Warning performed the “Awaken the Guardian” in its entirety. The German show, directed and edited by Oliver “Bomber” Barth, also included “The Apparition”, “Damnation”, “Night On Brocken”, and “Epitaph” as bonuses, meanwhile at ProgPower USA, “Damnation”, “The Apparition”, “Kyrie Eleison” and “Epitaph” were added to the performance of their milestone album. The sound recording and video editing of the US show were in the capable hands of Kent Smith. Both shows were mixed and mastered by Bill Metoyer.

After three decades, the most impending question for many fans was whether the band could do justice to such unwavering and demanding set of songs. I was fortunate enough to be amongst the ones in attendance at ProgPower USA XVII last September, and all I can remember is myself asking “How the heck are they pulling this off?”. I have now seen the Germany show as well, and I can assure you are in for a treat. Hearing the album in its original form is a true marvelous experience, but watching it live adds an additional taste that’s just as wonderfully pleasant as one could ever hope for. The band is firing on all cylinders, blasting energy and rapture in all directions. The haunting, yet melodious acoustic intros, the unconventional riffs, the very strange time signatures, the thrashy sections, the choruses… these veterans outdo themselves in front of two packed-to-the-roof venues, filled with euphoric and captivated spectators. I wasn’t really expecting this synergy, considering how many years had passed since they performed together for the last time, but the majesty of such a decisive record is highly palpable; topped off by Arch’s mind-blowing and masterful vocal melodies. How he can hit the same intricate high notes in passages like “I’m a fire without a flame, helpless child without a name with broken wings”, while keeping his truly charismatic tone throughout the entire set is, and probably will ever, be a mystery.

The camera work and video editing is outstanding for both sets, being the ProgPower USA show slightly more enjoyable in my opinion: the band showcases a higher-degree of confidence on-stage and the sound packs an overall punchier, heavier tone. But fear not, both presentations have their own distinct flavor and freshness, turning the whole set into a visual experience of tremendous caliber. “Awaken the Guardian Live” also features art direction, design, and artwork by famed Greek-born artist Ioannis (www.dangerousage.com) who also created the original album cover.

Even when Fates Warning would become a fully progressive-metal band with their next album “No Exit”, “Awaken the Guardian” was the watershed release for them, that killer album any metalhead can turn to for an unrelenting display of guitar prowess. The feeling it evokes, the mystical, otherworldly hum that seems to rise-up from its music, is astoundingly brought back to life and documented like never-before in this fantastic live release, which we recommend as a great testimony of the evolution of the genre.