When the editor Chyrisse Tabone of Rock at Night sent me an assignment to review the debut album by a progressive rock band hailing from Nashville and called EVERSHIP, I thought, “she has confused the term ‘prog-rock’ once again.”  How can there be a prog-rock band from Nashville (home of the iconic prog-rock composer and multi-instrumentalist Neal Morse and the place I’ve visited every summer for the last three years in a row to attend the Morsefest festivals) I haven’t heard of? It seemed unlikely, but there was only one way to find out, so I obviously decided to give the album a spin. After the first three minutes of listen I reclined back in my seat and wrote an email back to the editor asking for further details or an EPK of the band. Who were these guys and how the heck’ have I missed them? What I was listening to sounded striking and certainly was not impressing me as the mere debut of an unknown collective of musicians. Well, I love surprises like this, therefore I sat back and immersed myself in the album.

A little history before delving into the album’s music is in order. Evership is the brainchild of Nashville-based composer, multi-instrumentalist and producer/engineer Shane Atkinson. Many of the Evership songs were already written long before the project started. Some were five to ten years old even then, and there is purportedly enough material for four or more albums. “I’ve got other material, but I wanted to do this first. Musically-speaking, Prog is where my heart is” Shane said. While Shane ultimately surrounded himself by several additional musicians including his own brother James, the music in this beautiful record is mostly the fruit of his twitchy musical brain. He chose to play drums, keyboards (including Mellotron), and an assortment of more obscure instruments like the Theremin and Chapman Stick, but to sub-out most of the guitar and bass work to like-minded musician friends and family. And the result is a symphonic rock record that is equal parts epic and subtle; anthemic and personal; sublime and deep. 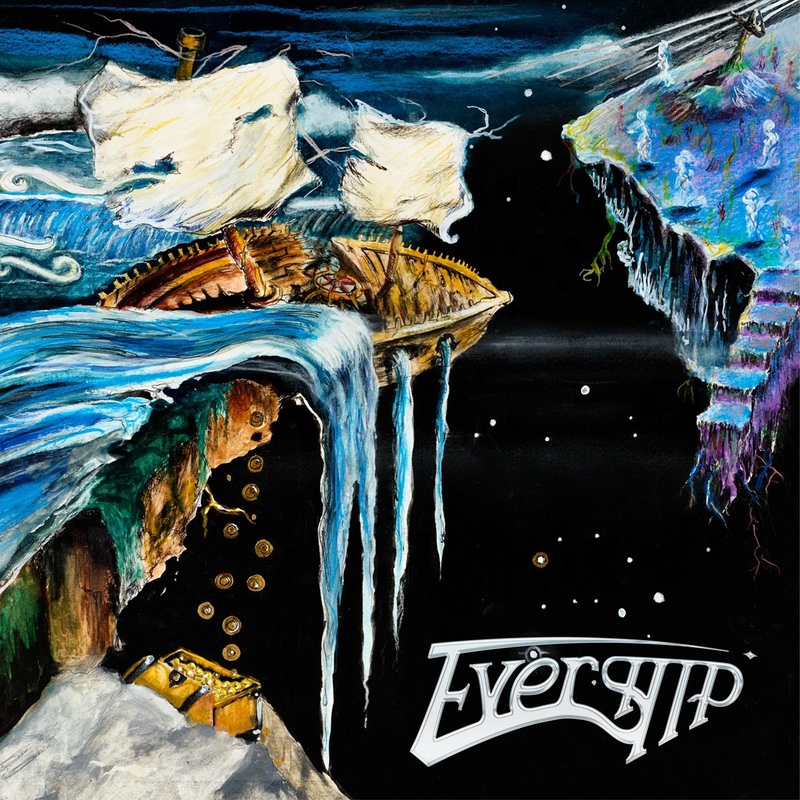 Evership drinks straight from the sap of the greatest bands of the 70’s; I’m reminded a bit of Kansas, Queen, Genesis, Styx, and Yes, yet the resemblance is just a reference for the readers.  The music is unpredictable and engaging: one second you are listening to a killer piano introduction with dramatic and pompous vocals and a minute later the same track shifts into an array of lush and wondrous symphonic melodies with soaring vocals and complex energetic instrumental displays. However, melody is what drives the album; the anthemic arrangements, the spiralling keyboards, driving guitars and buoyant bass lines are solely the instruments to convey the fragile beauty of the harmonies wrapped into the lyrics outstandingly sang by Beau West, who nails the vocal parts with a fantastic delivery. The music is brilliantly conceived and perfectly executed, and the juxtaposition of many synths leads and choruses accentuates the magnificent sound.

This is an album comprised by only six well-crafted and uplifting songs, and the instrumental passages never overpower the lyrics or the melodies which drive these tunes, on the opposite the somewhat exercised restraint takes nothing away from the passion and intensity of the music. The panoramic artwork was illustrated by Nashville-area artist Philip Willis. Like the music, it is immersive. If you buy the CD you’ll be rewarded with that, and more so when the vinyl comes out; a double-album with gatefold cover. The album was digitally released on July 1, 2016. The vinyl is in the works and has been mastered by Grammy-award winning engineer Cameron Henry at Welcome to 1979 Studios, and they are shooting for it to be released on Record Day in April next year (2017).

This is high caliber and emotionally moving symphonic rock mixed with old school prog, crafted to the ultimate detail. Fans of Yes, Kansas and Styx take note – YOUR SHIP HAS ARRIVED!!