Ride with the winter’s rage.

Though it may seem counter-intuitive, there is a certain novelty and freshness to be had from the most familiar of music formulas. Even in the generally predictable and stylized world of the more melodic strains of power metal where one might be tempted to party like it’s 1799 due to the heavy Neo-classical trappings included, there are plenty of younger acts keeping this tried and true style highly relevant and engaging. It’s a bit curious that often times the familiarity found in newer entries into the style will carry a national character to them, and in the particular case of Finland, it’s difficult to avoid the heavy similarity in sound traits shared between the legions of acts following the example of Stratovarius and Sonata Arctica. Case and point, the recently born symphonic act out of the cold, arctic fringes of Lapland dubbed Everfrost, who have taken the rather unique approach of merging this consonant and impact-based style with a lyrical gloss heavily influenced by Manga and Anime stories.

The art work adorning this act’s label-backed debut “Winterider” (which is technically their second LP) is sure to conjure up some nostalgia for those who remember the heyday of Sailor Moon and Tenchi Muyo, but the musical contents are about as appropriate to the present day as they would be to the late 90s period when said Anime shows were at their peak and Europe’s power metal craze reached the apex of its second wave. The massive orchestral gloss that paints over a fairly orthodox smattering of Finnish millennial power metal classics like Sonata Arctica’s “Silence” and Stratovarius’ “Infinite” gives things a more modernized character that dovetails quite nicely with recent outings by the likes of Arion and similarly styled Swedish act Dynazty. It manifests itself as something of a more measured and polished wintry mix that lacks the more frenetic character of its latter day influences, yet carries a more nuanced charm and plays around a bit more with the songwriting structure of the style without veering too far into left field.

Interestingly enough, the way that Everfrost establishes their uniqueness among a fairly uniform sounding crowd of power metal compatriots lies in the subject of their lyrical pursuits, as their Anime fixation also coincides with some surprising stylistic twists. One can’t help but notice the fair degree of rock opera and musical theater elements heaped upon otherwise metallic assaults with raging riffs and fast-paced drumming such as “Juhannus In January” and “Brandy And Antifreeze”, featuring some Meatloaf-inspired piano elements and quirky melodic twists that are generally atypical to the power metal style and a tad more in line with what a progressive band might use. There are also some occasional dance pop/EDM elements lingering in the band’s overall arrangement, which come to a head with their rather auspicious metallic rendition of Ke$ha’s hit song “Die Young”, an unlikely highlight given its simplicity, yet also a truly powerful showing from the band as a whole, and particularly Tony Kakko-like front man Mikael Salo. 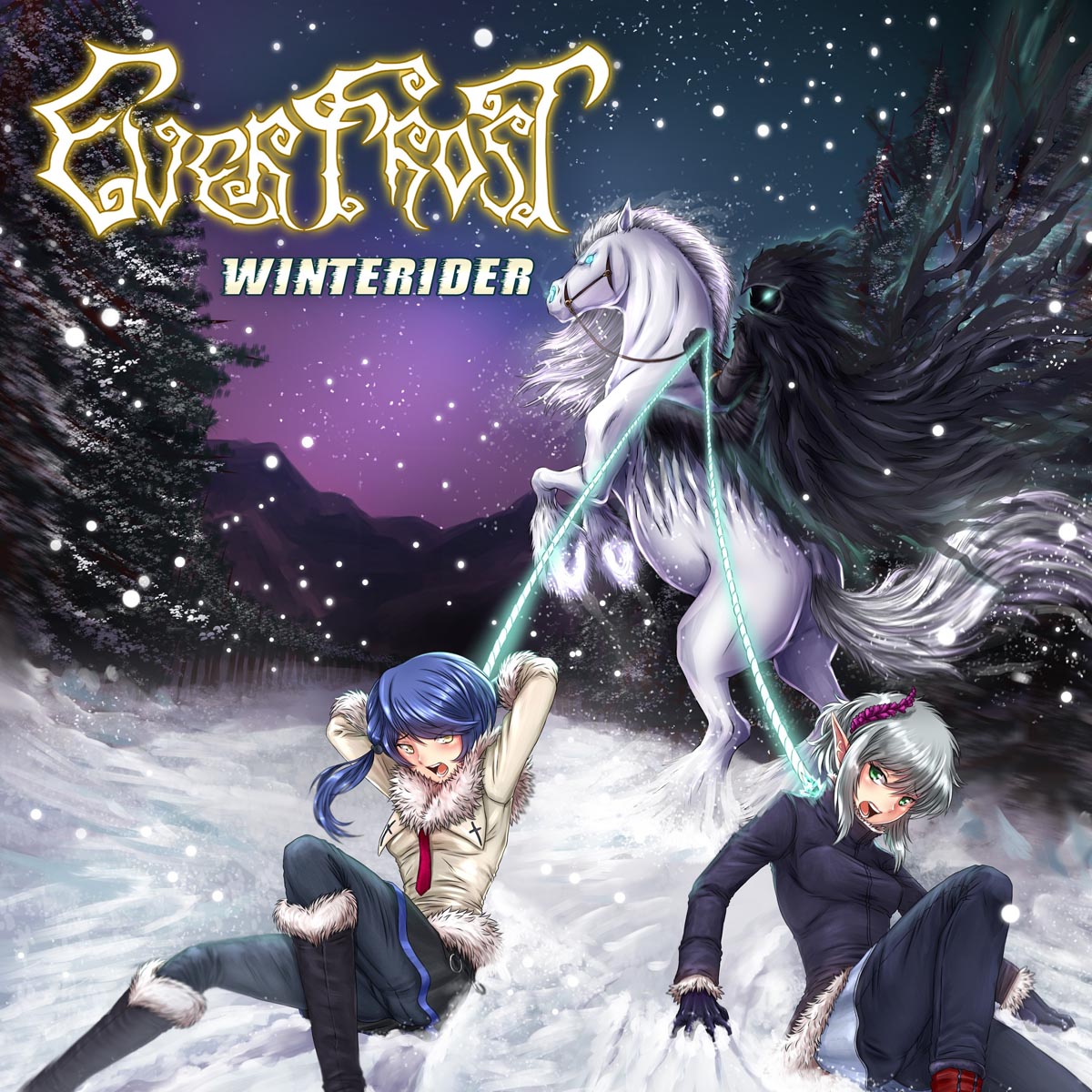 Through this band’s generally atypical stylistic interludes and otherwise typical forays into a style that has generally come to be known for its brevity and accessibility, it isn’t surprisingly that most of the material on here is moderate in length despite being larger than life. Yet while generally high impact power anthems such as “Darkwoods Drain Backwaters” and “Cold Night Remedy” stand as the fastest and most ferocious of the bunch, it is when things become a bit less obvious that the magic really occurs. Taking several cues from the balladry of Sonata Arctica, “Above The Treeline” proves to be a winner largely by relying upon a dense keyboard atmosphere and a stripped down format to allow Salo’s powerful voice to steal the show. Likewise, the highly involved and massive 15 minute closer “A Whisper In A Frozen Tale” sums up the whole album by essentially running the gamut on every influence the band has in their arsenal, rivaling the expansive array of sectional and stylistic contrast often featured in a Helloween epic, yet adapted perfectly to this outfits more melancholy, wintery character.

Given the extended run of studio disappointments coming out of Sonata Arctica over the past 12 years, a number of bands have risen out of the Finnish scene and done their part to pick up the slack, and it’s a pretty safe bet that Everfrost’s latest studio offering will provide a haven for disaffected fans. All the same, what this band brings to the table is not a throwback to the days when power metal was all about flash and technical wizardry, though there are several highly involved guitar solo displays out of Markus Laito, and keyboardist/band founder Benjamin Snowkid proves to be no slouch in tearing up the keyboard. Truth be told, this is probably one of the main bands to watch in the coming decade to see where northern Europe might go with this style, and while their style could maybe stand to be honed a bit more into something a tad more focused, “Winterider” is a fun ride for anyone who wants to hear power metal played in a unique fashion without veering completely off the map.

The surrealism of classic Anime and Manga finds a new home in the tundra of Lapland, birthing a symphonic powerhouse with enough melodic splendor to bring winter’s glory to the four corners of the world as Sonata Arctica did 20 years prior