Founded in 2002, Dutch Symphonic Metal sextet Epica have never been a band that I have followed closely. Their core team – Simone Simons, Mark Jansen and Coen Janssen (and drummer/vocalist Arien van Weesenbeek, who has been around since 2007) have gradually achieved international recognition within the metal community, and despite being often compared to the likes of Nightwish, they have distinguished themselves because of their core made up of different artistic and at the same time contrasting elements. Whether it is heaviness, power and bombast, beautiful melodies, dynamic contrasts in sound constructions and in singing, and the glamorous voice of Simone Simons; they are able to create a peculiar and intelligent sound, with a good dose of complexity, yet still shining in a harmonious symbiosis. A couple of weeks ago they released a new EP “The Solace System”, which could technically be considered a companion to their highly revered 2016 album “The Holographic Principle”, and we decided to give it a proper listen and see what the band had come up with. 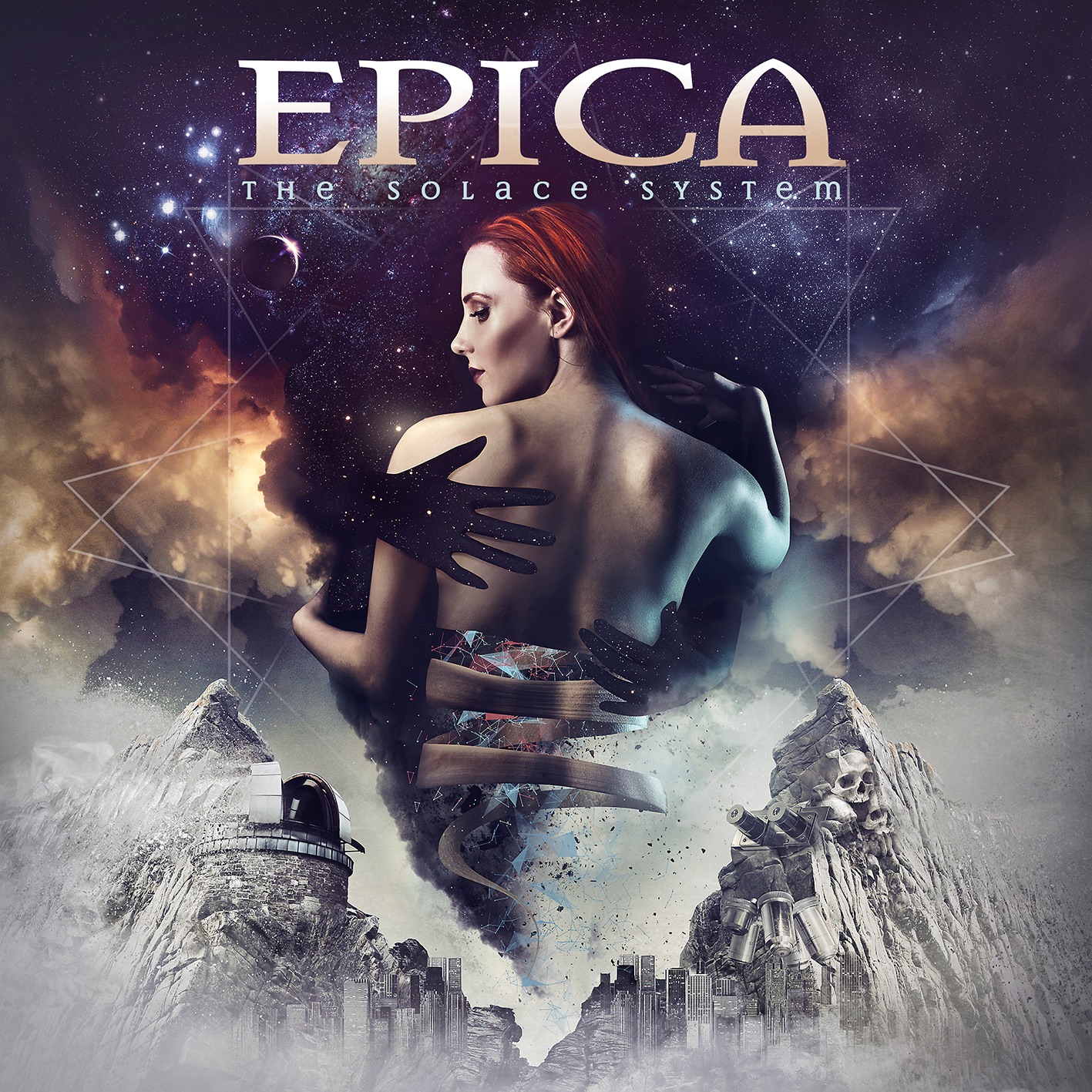 “The Solace System” is simply a collection of songs left on the cutting room floor during “The Holographic Principle” sessions. Apparently they had enough material available from the album sessions to release a double-disc, yet instead chose to release a single disc followed by this EP. The music is obviously what you could expect if you are familiar with the band’s sound, noticeable though they are, for the most part, heavier than its parent-album and features a welcome prevalence of guitars-leads, with emphasis on more organic, live instruments despite the song’s intense layering. Simone Simons’ gorgeous high-flying clean vocals blend seamlessly with the guttural growls from Mark Jansen, the chunky power-metal guitar riffs, the catchy choruses and beautiful orchestration compositions, successfully running the gamut of the styles that Epica’s sound encapsulates. The B-side nature of the songs still show here and there, but there is enough flow, textures, breaks, cinematic arrangements, towering choral vocals, and bridges to keep the listener engaged throughout. A different version of “Immortal Melancholy” in the only slower, delicate and emotional tune, and acoustic throwback that allows for Simmons to show how ample her vocal registry is.

Is hard to view “The Solace System” as anything but an extension of its predecessor, which was considered their most epochal, multi-layered, courageous and successful record, but it still fits nicely in its role as a bonus offering for those who were left wanting for more, and these six songs will satisfy their fans even if they don’t leave a particular worthy mark in the band’s already extensive catalogue. The process of deciding which songs will make to the final album selection have always impressed me as true dilemma, and given the fact these were initially discarded, I’d say the “The Solace System” is much more than anyone could have expected.