A tremendous feeling of joy and relief. That’s what I went through upon listening “Omega” for the first time. Epica were always a huge part of my life, and they’ve been here with me pretty much since their inception almost 20 years ago; through highs and lows, ups and downs, they always have the perfect song, message or purpose for every situation in life. I can’t imagine my musical journey without them. Having said that, imagine my anxiety when I held in my hands “Omega”, their brand new studio album, the first in 5 long years, and the successor of the highly acclaimed masterpiece “The Holographic Principle.” Sure, we had some new music in the form of 2017’s EP “The Solace System” and 2018’s “Epica Vs. Attack on Titan Songs”, but this was the first true taste of the band’s next step in their ever-growing career, breaking their longest gap ever between full studio albums.

And I was feeling joy. The joy of reconnecting with and old friend, finding out they’re the same lovable, caring people you fell in love with, but also more matured and constantly evolving into something beautiful. And relief, for confirming they never disappoints. This is more than clear when you see the amount of work and the level of detail carefully crafted in this album, making it the most complete and ambitious outing in their entire discography. It’s hard to make a piece this memorable in the saturated and convoluted symphonic metal world, but Epica always manage to take things several steps further, and “Omega” is no exception.

Front-man, guitarist and mastermind Mark Jansen declared earlier this album was composed with the live shows in mind, filling it witch catchy, focused and energetic songs which provides the perfect setting for future live performances. That proves to be totally accurate on most of the songs on “Omega”, from the impeccable singles “Abyss of Time – Countdown to Singularity” and “Freedom – The Wolves Within”, to other most intriguing outings like “The Skeleton Key”, a glorious mid-tempo anthem filled with mysterious verses and a powerful chorus; or the strongly middle-eastern influenced “Seal of Solomon”, which has one of the most perfect and potent choruses of the entire album, guaranteeing being a total banger when live shows resume.

First half of the album continues with “Gaia”, another strong and focused gem filled with exquisite vocal melodies. Vocalist Simone Simons sounds better than ever, providing the right amount of balance between old and new grounds. In fact, the whole band is sounding tight and united, demonstrating the strong bond between every member. The middle-eastern sparkles continues to shine in the astounding “Code of Life”, with special guest Zaher Zorgati of Myrath providing an enchanting intro. One could say the song functions as a perfect mix between the two bands, full of twist and turns, extreme metal sections and memorable choruses. The choir is always an essential part of Epica and this time the songs rely more than ever on that aspect, taking the meaning of “epic” to a whole other level. 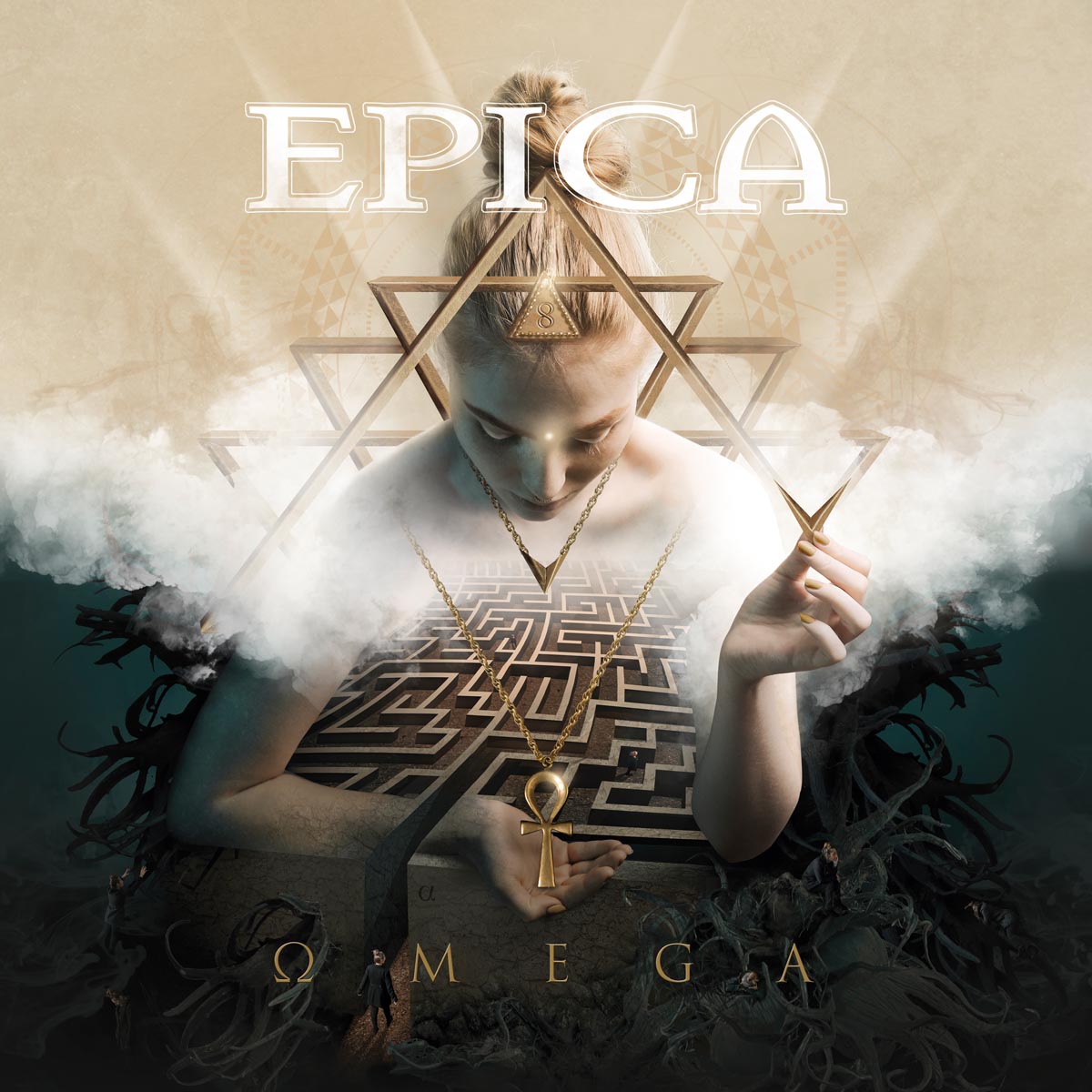 The centerpiece of the album is, without question, the monumental “Kingdom of Heaven pt. 3 – The Antediluvian Universe.” Clocking at 13 minutes and 24 seconds, it becomes one of the longest tracks in Epica history. It closes the trilogy that started in “Design Your Universe” (2009) and followed in “The Quantum Enigma” (2014) in tremendous fashion, providing enough ground for the song to evolve and experiment, surprising us at every turn. I dare to say this is one the best songs Epica has ever written, it has it all: the emotion, the drama, the extreme metal sections, the acoustic/orchestral ones, dreamy choruses, crushing riffs and the looming sensation we’re witnessing something greater than life. It truly leaves us wondering what’s left for the rest of the album.

Then things slow down a bit with the already known ballad/single “Rivers”, a beautiful piece led by Simone’s angelic vocals, one that suffers a little for having a chorus dangerously similar to Shontelle’s “Impossible” (a pop hit that was also versioned by metal cover act Exit Eden a couple of years back). Besides that awkward detail, this is one of those powerful Epica songs that would serve as a fine addition for all lovers of the band’s softer side. And we’re left with three more celestial gifts in the form of anthemic mini-masterpieces: “Synergize – Manic Manifest” is off to a slow start but then turns into an extreme metal feast filled with blast beats, hellish screams and a sensational climatic guitar solo. Things take another catchy turn with “Twilight Reverie – The Hypnagogic State”, another outstanding Epica song that could very well serve as a single, as well as being a total hit in the live setting, as it has one of the more enjoyable choruses ever. It also features guest vocalist Vicky Psarakis from The Agonist, a more than welcomed addition to the mix. Then, ending the album is the title track “Omega – Sovereign of the Sun Spheres” which, in true Epica fashion, provides the “long-but-not-that-long” closing track that summarizes all that was before standing as one of the most profound and powerful songs of the bunch. One can feel a true sense of desperation, anger and redemption in a track filled with haunting vocals, excruciating riffs and intense guitar solos, closing the record in the best possible way.

Structurally, we’re again on familiar ground with “Omega”, as the band sticks to the tradition of “filling every minute on a CD”, resulting on a 70+ minute album, a rare occurrence for an artist these days.  Half of the songs on the record have a title and a subtitle, a testament for the opulence and profound meaning behind each individual track. The band itself is better than ever, and the close bond between each member truly reflects on the overall feeling of the album. Production is once again top-notch, even surpassing previous outings, relaying once again on renowned producer Joost van den Broek, proving he is the perfect choice for the job, helping the band reach new heights with each release. It only gets better for Epica, album after album, and “Omega” is the living proof of that fact.

With “Omega”, Epica are able to prove once again they remain undisputed kings of the Symphonic Metal movement, crafting an album so rich and powerful it will remain in your heart for years to come. It’s catchy, super ambitious, true to their essence and amazingly produced, driven by a flawless collection of memorable songs. If you’re a fan of the genre, this is the album you need to focus your attention in 2021.