With the recent ascendancy of a new generation of female-fronted symphonic upstarts such as Beyond The Black, Midnight Eternal and Elvellon, it’s become easy to lose track of those seminal bands that made up the original wave that crashed upon the shores of Europe a little over 20 years ago. Granted, the exploits of Nightwish have remained fairly visible despite a number of questionable lineup changes and a slowing level of studio output, but a number of other important outfits have remained quite active and have arguably been sticking closer to their proverbial guns than the aforementioned Finnish pioneering act. Of particular note were the Austrian contingent represented in Visions Of Atlantis and their slightly older and more refined brethren Edenbridge, who arguably stuck the closest to the original sound that put Nightwish on the map at the turn of the millennium, and the latter of which has been among the more consistent bands of the entire power metal revival when considering the entirety of their now ten album discography.

The degree of stylistic evolution in this band’s extensive career has been relatively minimal, but it ultimately amounts to an exercise in not messing with perfection, and their latest offering in “Dynamind” tends to maintain their signature flavor of sound. It hearkens back to a time just prior to the release of Nightwish’s highly consequential and arguably game-changing fifth album “Once”, which ushered in a darker, heavier, yet arguably less guitar-oriented take on the style in favor of a greater degree of orchestral presence. By contrast, this is far closer to a riff-oriented brand of power metal that, while lacking the speed and virtuosic flair of Rhapsody Of Fire, leans a bit closer to that same era where the orchestra complemented the arrangement rather than dominated it. Likewise, in contrast to Tarja Turunen’s highly dramatic soprano, vocalist Sabine Edelsbacher has a voice that’s a bit less brazenly operatic, functioning as more of a powerful yet restrained persona that’s somewhat similar to Simone Simmons, but a tad smoother and possessing a greater level of depth.

Naturally some degree of evolution has occurred in this band’s sound, and this time around there is a tad more of a progressive air to things that puts this album slightly closer to the territory of Kamelot relative to previous outings. This largely manifests in the guitar work being a bit heavier and darker, as can easily be observed in mid-paced, groove-oriented anthems such as “The Edge Of Your World” and “The Memory Hunter”, which also features a bit more of a Dream Theater flavor between the dense rhythmic bottom-end and the spacey keyboards. This tendency becomes even more pronounced on the highly catchy “Live And Let Go”, which almost gets heavy enough to compared to the recent output of Xandria, but is a bit more rhythmically complex and even showcases some John Petrucci influences during the guitar solo. Then again, the slow-paced balladry of “Tauerngold” and the more speed-infused bombast of “Where Oceans Collide” and “All Our Yesterdays” showcases a band unafraid to move away from crunchy grooves in favor of a greater degree of atmosphere or impact. 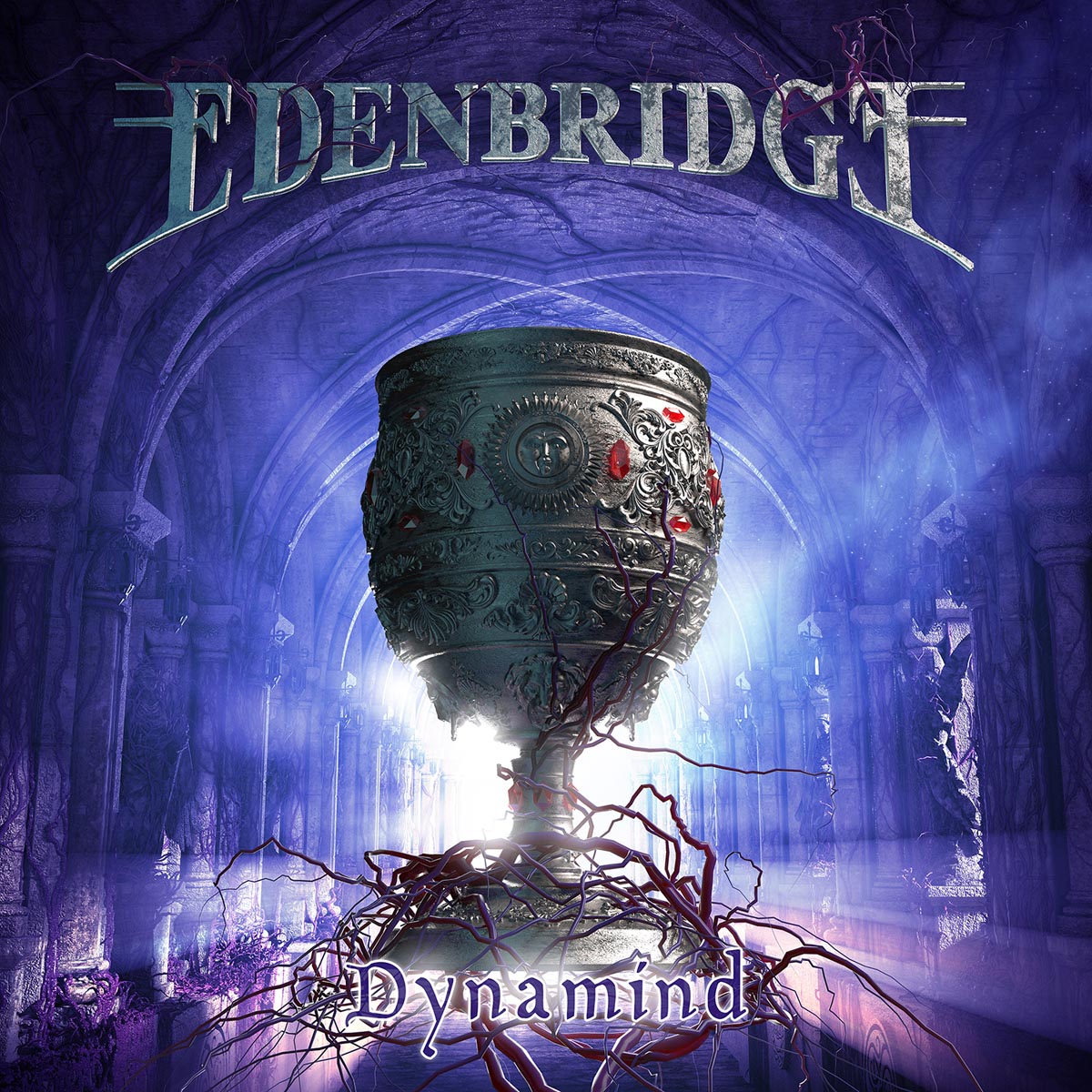 Although this progressive tinge to things remains constant throughout the album, it hits a couple of blatant apex points that finds Edenbridge a tad closer to uncharted territory, despite generally sticking to a production template that’s closer to a vintage flavor. One of the surprises comes in the form of a dancing folksy number in “On The Other Side” that sees this melancholic opera take a turn to the festive side of things, complete with an assortment of acoustic elements to complement the punchy metallic arrangement. By contrast, “What Dreams May Come” sees things going almost into fully progressive territory, conjuring up some clear musical comparisons to the likes of Communic and Threshold while still maintaining a melodic structure conducive to their power metal roots. But things reach an absolute fever pitch on the twelve minute epic “The Last Of His Kind”, which gets about as closer to overt “Images And Words” territory as any female-fronted symphonic outfit has ever gone, not to mention showcasing man-behind-the-scenes Lanvall showcasing his proficiency with a guitar slide, among other multi-instrumentalist exploits.

Though this doesn’t quite surpass the brilliance of Edenbridge’s seminal output in the first half of the 2000s, it’s about as worthy of an album as could be expected from a band that has scarcely made a misstep in the past 20 years. It’s a testament to a band that still plays with the same degree of fervor and intrigue in their 40s as they did in their 20s, not to mention a shining example of how a veteran act can expand upon the traditions first established in the past without veering clear off the map. Pretty much any fan of power metal that doesn’t mind a lot of keyboards to go alongside some progressive detailing that’s mildly comparable to the likes of Triosphere and Evergrey will enjoy this, though it’s ultimately still comfortably nestled within the same symphonic paradigm that defined the early Nightwish albums. The broader power metal scene has yet to show any signs of weakness despite a changing landscape, and this is an album that showcases how the style can continue to adapt in the future without losing its identity in the process.

A steadfast member of the old guard of operatic-leaning symphonic power metal pioneers marks more than two decades of qualitative consistency with a combination of accessibility, flash and a few interesting stylistic updates