Eight years have passed since the last album by Domination Black was released. In that time, the Finnish band experienced highs and lows, from the excitement of touring and releasing a new single to confronting whether or not they should stay together. Fortunately, Domination Black decided to pursue their ambitions. So now, after another change in their line-up, they are back in the game with “Judgement IV,” which shows a mature band reaching higher levels than ever before.

The whole album displays remarkable musicianship with powerful riffs, great guitar and keyboard solos, and a deep sense of melody. Each song’s structure allows every member to display their talents, so every track becomes pure sonic joy.  Opening track “The Judgement” lays down the foundation, making a statement that Domination Black looks to improve the musical direction taken on their past albums. Power riffs combined with catchy choruses and outstanding solos drop a remarkable sonic bomb to open “Judgement IV.”

“Obsession” showcases singer Matias Palm’s gifts as he provides a variety of vocal approaches – all in one song. The backing vocals reinforce the strong sense of melody built by the band through the years. “Center of the Universe” presents a pleasing atmosphere created by keyboardist Juuso Elminen  The rhythm section  of drummer Ville and bassist Lauri Eerola provides a powerful bottom end. This song shows Domination Black embracing an AOR sound–and ultimately owning it.

Other songs introduce a musical battle between guitars and keyboards. That’s the case with “VAT,” which features burning solos on both instruments. And by the way, the frequent soloing through “Judgement IV” does not feel forced or unnecessary. They add value to the songs (including this one), providing a unique and exciting sound that makes the listener always want more. 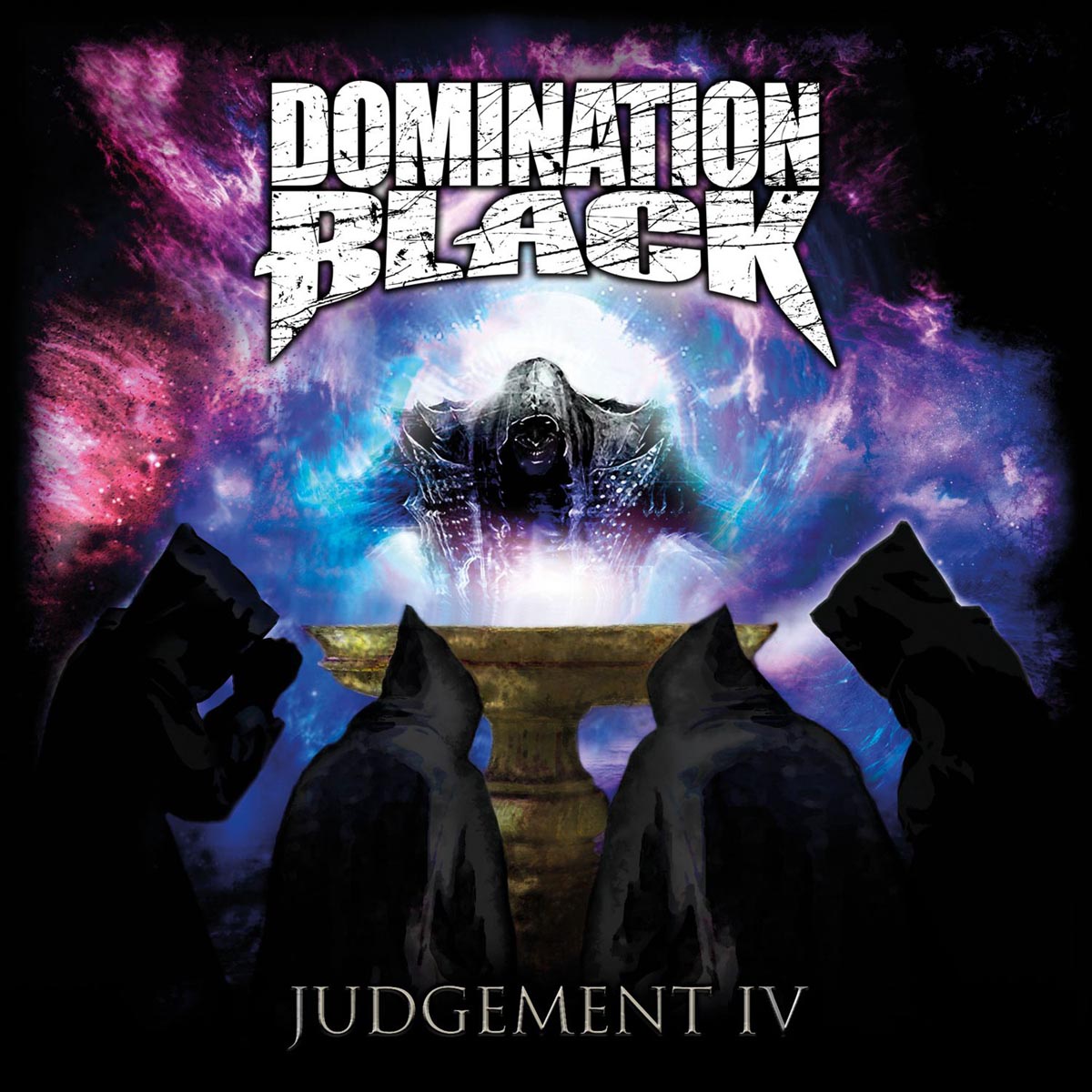 Matias Palm‘s supple voice switches its approach and tenor throughout the album. His voice never sounds monotonous, whether he emits a powerful, clean sound or a more aggressive metal roar, as in “Though The World Perish.”  This one shows him using his voice masterfully to provide the intended feeling of desolation. “Beyond the Shadows” is the longest track at seven-plus minutes. Here, Domination Black shows how they can contain their mighty power by pulling together an emotional rock ballad that explodes with their entire sonic arsenal when the time is right.

The last songs of the album continue the aural pallet of metal crunch tempered with melodious sound. The blend of force and harmony is in the DNA of this band, so it does not come as a surprise when closing track “In The Abyss” is a grandiose musical statement that soars to the heavens. With mesmerizing solos and heavy riffs, Judgement IV finishes in great sonic style. One additional observation. It is great to hear how well guitarists Teppo Heiskanen and Jusso Laitinen sound together. They have wonderful chemistry, to the point that it is hard to believe that they have not been playing together for their entire lives. Their talents are on display through the entire album, complementing each other and their band mates very well.

The band´s name might suggest another type of music, but Domination Black is pure musical power with a strong melodic feeling. Frankly, we’re fortunate that the group didn’t implode several years ago. I know this is often said, but I really think this band needs to be bigger. Hopefully, their next album won’t take eight years to spring forth—and Domination Black won’t consider packing it in again

Domination Black makes their return with their new album “Judgement IV”, which presents a collection of solid songs showcasing precise musicianship through a winning formula that combines a powerful ferocity and a melodious sound