Despite falling out of favor in metal circles due to the excesses that came in the mid-80s and the subsequent media polemics thereof, the sound of the Los Angeles Sunset Strip had a charm all its own that often dovetailed with the grittier ones to come out of England and Germany in the early days. This unique tightrope that was walked between the fringe of hard rock and the beginning threshold of heavy metal was particularly noteworthy in the case of Dokken, a band that cut their teeth on this historic niche back in the late 70s and along with Quiet Riot, pioneered what became a signature musical movement in the following decade. Much of their uniqueness owed to a combination of front man Don Dokken’s smooth and soulful vocal persona, and the highly expressive and technical guitar work of George Lynch, but behind these auspicious parts was an equally compelling whole.

In recent years this iconic outfit has seen a slowdown in studio output due to Don suffering health setbacks, with the last notable release being a reunion concert of the band’s seminal lineup for a one-off performance in Japan, recorded in 2016 and released a couple years later. But for those steadfast fans who weathered the days of grunge, nu-metal and the assembly line of Madonna knockoffs that have come and gone since the late 1990s, a treasure trove of old school rocking goodness has emerged from Dokken’s primordial days to deliver a quadruple dose of nostalgia. Dubbed “The Lost Songs: 1978-1981,” this compilation of formative anthems that were composed largely in Germany during the run-up to the original debut of “Breaking The Chains” recalls a band that was steeped in the rawness of late 70’s rock, often being heavy enough to pass for a middle of the road NWOBHM affiliate despite their obsession with love songs.

Being the product of a happenstance discovery of old tape reel demos in the singer’s storage until, some post-production cleanup and rerecording by current members Jon Levin and B.J. Zampa were employed to bring out the faded glory of the originals, and the results are stellar when considering 4 decades of forgotten history was being recreated. On the lo-fi end of the spectrum are a quartet of songs resurrected from Dokken’s “Back In The Streets” demo with Michael Wagener in the engineer’s chair, having received the least amount of touch up work and being presented in their original, rustic 1980 incarnation. But whether it be the smooth rocking grooves of “We’re Going Wrong”, the fuzz-drenched heaviness of “Felony” or the elaborate and serene acoustic balladry of “Day After Day”, even the roughest edges of this stroll down memory lane are a treat for the ears. 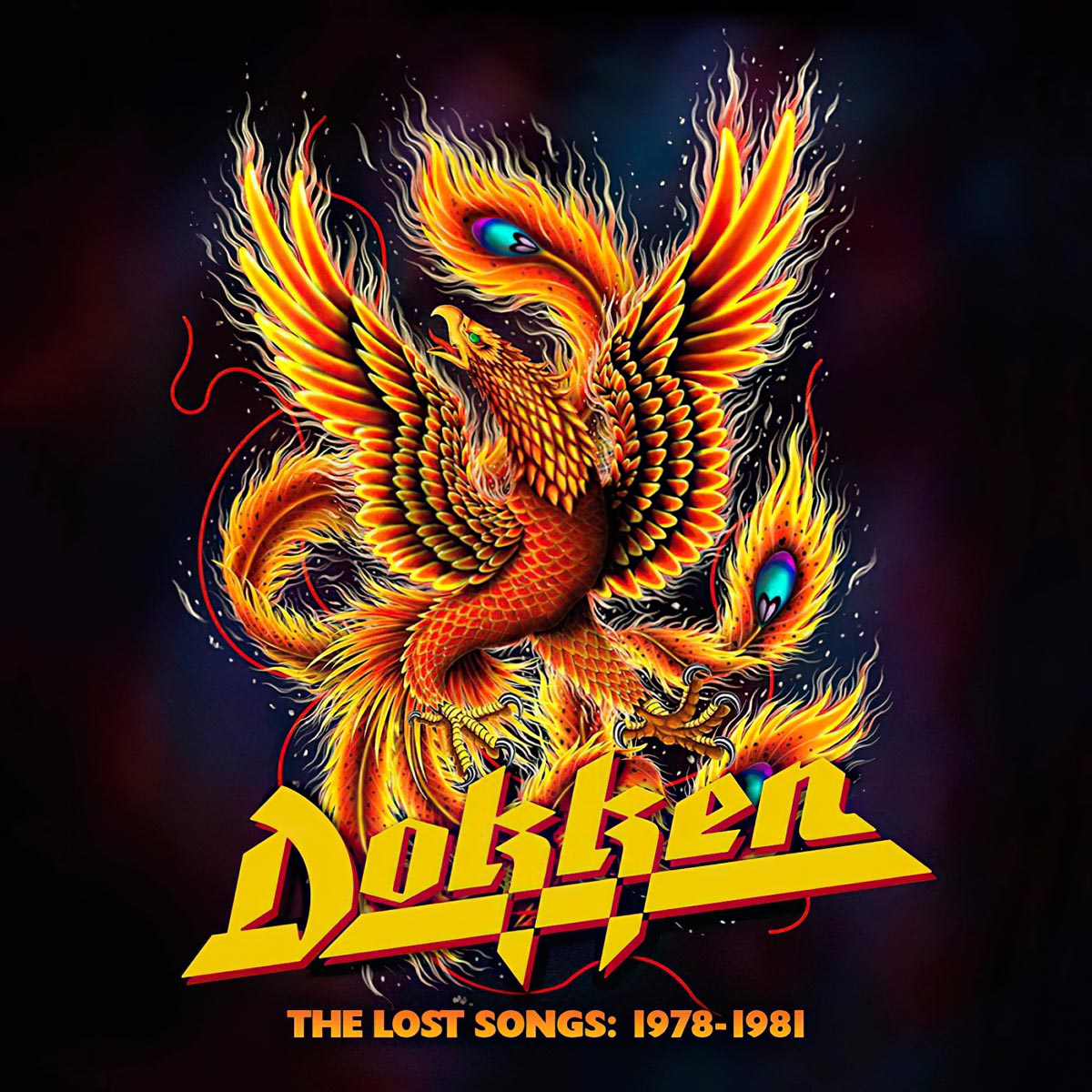 That being said, a fair amount of the material that has received more modern tweaking comes dangerously close to matching the band’s arena heyday of the mid-80s. The opening fanfare of “Step Into The Light” has that heightened degree of pizzazz and power that adorned the mid-paced work heard on “Back For The Attack,” featuring a solid punchy principle riff and a series of charming and straightforward dueling lead guitar harmonies. The slower and deeper treading “Rainbows” has a bit more of a present day, darker mode of rocking in line with this outfit’s last couple albums, though Don’s vocals seem a bit more polished and on point compared to his somewhat haggard tone on “Lightning Strikes Again” and “Broken Bones”. That being said, some of the odds other material from 1980-81 that didn’t make the 1980 demo or weren’t brought into a new studio reality such as “Hit And Run” and “Broken Heart” punch through their lo-fi roughness quite well, especially when maestro George Lynch begins tearing up the fret board.

The years are wearing on and along with it the eventual end for many of the prime movers who blazed all the trails that many younger bands are now rediscovering, and the recent news of Don Dokken losing the ability to play guitar due to a spinal injury has brought a sense of sobriety and even poignancy to these otherwise fun-filled anthems of life and love. There is a new album in the works that will be built off of session material written from back during the “Broken Bones” sessions, along with a lone song from these very reclaimed relics of a bygone age, so while the story is by no means over yet, it may well be that the legacy of Dokken reach its culmination in the very near future. Lord willing, this mighty vocal titan of the past will still possess a voice for many years to come, and perhaps even reclaim the use of his hand, but whatever lay upon the horizon, these songs are the perfect accompaniment as we entreat the sands of time to go a bit more slowly.

An iconic figure in the seminal days of 80s heavy metal and the Sunset Strip unleash a treasure trove of unreleased material, each possessed of varying degrees of luster from a production standpoint, but each one also a powerful missing link in the evolution of the L.A. sound.